How philistine can you get, Canada? Ice hockey? Is that all you care about?

Our hockey obsession keeps growing. The lockout was supposed to dampen our appetite for the game, but it only heightened it. We defeat Germany in the World Junior Hockey Championship – it's front-page news! Hockey adorns our currency – our $5 bills. Our Prime Minister is writing a book. It's not about politics. It's about hockey.

Check out the media. Of all the grave issues and cancers and maladies afflicting humanity, guess what took up practically more page space in the past year or so than any of them? A debate over hockey head injuries. It's a serious problem, no doubt. But a priority?

Remember the age-old debate over what constituted Canadian identity? It's over, Earthlings. The ballots are in. It's hockey. It's our religion, we're told. It's the culture. It's who we are. After 145 years of history, that's it.

I've written books on hockey and am a big fan of the game, but isn't our perspective getting a little out of whack? While there's no disputing passionate interest in the sport, more kids play soccer than hockey, more adults play golf, and great waves of new Asian immigrants coming to our shores have little or no interest in the game.

Ken Campbell and Jim Parcels have just published an important book called Selling the Dream: How Hockey Parents and Their Kids are Paying the Price for Our National Obsession. They chronicle how countless numbers of parents, deluded by the hype, spend crazy amounts of money – money that should be saved for college educations – in the low-hope pursuit of the big dream for their kids. At age 9, they have them travelling to tournaments in Pittsburgh. They have them suited up for 70 games a year.

"Hockey is and always will be an enormous part of the Canadian cultural fabric," Mr. Campbell told Maclean's. "But I want people, when they read this book, to realize that it's time to dial things down a bit. Hockey has become almost too important in Canada; in a lot of ways, it's all we have."

Of course, this country could do a lot worse than having hockey as its big deal. At least our identity isn't guns. As for giving Canada a philistine reputation, who says hockey is all that low-brow? Okay, Don Cherry's medieval version of the game certainly is. But in its purer form, hockey is artistic, demanding of quick strategic thinking and superior athletic talent. As for our kids' preoccupations, better the ice than the street corners.

Our reputation as the land of hockey will become more entrenched when Stephen Harper brings out his hockey book in the fall. Yep, the iceman writeth. And it's a fine idea, actually. It's a book about hockey's earliest days, in places like Dawson City, Yukon, and its formative characters, like Lord Stanley.

It's a great way for Mr. Harper to connect with the public. But it's not a quickie book done for political purposes. The Prime Minister has been pecking away at it for years. It's diligently researched, I'm told, and scholarly. He has wisely tapped into Globe and Mail hockey sage Roy MacGregor for advice. In his consultant's role, Mr. MacGregor has had many sessions with Mr. Harper and come away impressed.

The book will tell how the game took hold of Canada's psyche. It did indeed – and it has held it ever since.

But is hockey the real Canadian identity? A big part of it, no doubt. But isn't our identity the land itself? Isn't that what makes Canada exceptional? Physically, no other country combines the mass and awe-inspiring beauty of this one. Russia is bigger, but if you have ever travelled its expanse, it doesn't compare with the grandeur you find here.

The land, not the game, is what sets us apart. Hockey, enacted on its frozen surfaces, is indelibly etched. 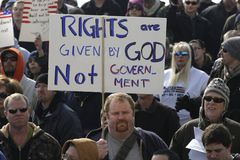 Canada’s hockey fans are outsiders at their own party
January 8, 2012