The video is shocking. An emaciated polar bear staggers across the tundra. She is nothing more than a bag of bones. It's clear that she is on her last legs.

"My entire team was pushing through their tears and emotions while documenting this dying polar bear," wrote Paul Nicklen, a National Geographic photographer, on his Instagram post. "It's a soul-crushing scene that still haunts me, but I know we need to share both the beautiful and the heartbreaking if we are going to break down the walls of apathy."

Mr. Nicklen's heartbreaking video, posted a few days ago has now gone viral. It has received more than 1.3 million views, and the story has generated widespread news coverage. He and his team at the conservation group SeaLegacy have done interviews from around the world. "National Geographic photographer films polar bear succumbing to climate change," read one typical headline. Even Environment and Climate Change Minister Catherine McKenna tweeted about it.

"All of our team was in tears," team member CristinaMittermeier told the CBC's As It Happens. "We hear from scientists that in the next 100 to 150 years, we're going to lose polar bears …We want the world to see what starvation of a majestic animal like this looks like." Only later, when pressed, did she admit that it was "impossible to tell" why the animal was dying. That shocking video is a classic example of fake news – a phenomenon that's depressingly common in the environmental business, even at a leading brand such as National Geographic. So what if it isn't true? If it's all for a good cause, the facts don't matter. "The point is that it was starving," explained Ms. Mittermeier. "As we lose the ice in the Arctic, polar bears will starve."

Well, maybe. But even concerned scientists agree that one emaciated bear is not evidence of climate change. "It's far more likely that it is starving due to health issues," tweeted Arctic wildlife biologist Jeff Higdon. As apex predators, polar bears live long enough to get old and sick, just as people do. Starving polar bears are the stuff of periodic propaganda shots. In 2015, another polar bear in Norway became the temporary poster animal for global warming, and tugged heartstrings around the world. Not so fast, said Ian Stirling of the University of Alberta. "A difficulty hunting could be involved," he said. "I don't think you can tie that one to starvation because of lack of sea ice," he said.

But never mind. The news media can't resist. In this case at least one news outlet embellished the story by telling us that the bear "struggles to find food across a barren landscape that should be covered in ice." That's ridiculous. The bear is on the land. It is summer. That's what the tundra looks like in the summer.

By sheer coincidence, I too was in the tundra this summer, in the very same region at the very same time of year where the dying bear was spotted. Healthy polar bears weren't scarce. Armed polar-bear scouts kept watch whenever we went ashore. Every hamlet we visited had at least one massive polar bear hide hanging outside someone's house. One day our little ship nosed into the sea ice so that we could get up close to a magnificent she-bear lounging voluptuously on an ice hummock. She looked like the Marilyn Monroe of polar bears. Which bear was the more authentic? Ours, or National Geographic's sick and dying one?

If we really want to know what's up with the polar bears, many people think we should consult the local Indigenous people. After all, they should know. So that's what I did. Everywhere we went, I asked about the bears. And everywhere I heard the bears were fine. In fact, they're so abundant that in many places they've become a nuisance. Good news? Well maybe not. A biologist on the trip warned me to take all this Indigenous knowledge with a grain of salt. The plague of polar bears, he explained might also mean the bears' food supply is shrinking, so they're checking out the local garbage dumps.

In other words, like a lot of climate-change research, it's complicated. The issues are complex, and the data are imperfect and conflicting. Polar-bear researchers themselves disagree about what's going on. The polar bears have survived for 100,000 years or so in the harshest climate in the world, so I wouldn't count them out quite yet. But the doomster narrative is wildly popular – even among people who should know better.

The trouble is that wild exaggerations and scare stories are not just bad for science. They're bad for all of the environmentalists who want to win over the goodwill of the public. Most people are concerned about climate change – but they're also rightly skeptical about activists who cry "wolf" (or, in this case, "polar bear.") Fake news for a good cause can backfire and shred your credibility. That's something nobody who's concerned about the environment can afford to forget. 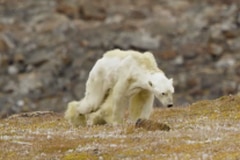 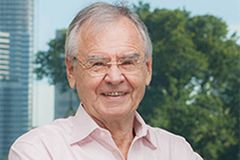