Relations between Preston Manning and Stephen Harper have been distant ever since the mid-1990s, when the future prime minister went public with accusations of expense abuses by Mr. Manning, the founder and leader of the Reform Party.

So although Mr. Manning does great work for the Conservative cause, it was no surprise that Mr. Harper didn't drop in at the high-powered Manning Institute conference on the weekend in Ottawa. Had he done so, he would have been less than overjoyed by some of the Reform Party founder's remarks. While praising the government in some areas, Mr. Manning spoke out against its disregard for democratic values. The problem, he said, is "most worrisome for me personally and calls for, I think, immediate and serious attention."

Those words came after Pierre Poilievre, allegedly the Minister for Democratic Reform, told the conference what a wonderful job his government has been doing on democratic rights, his Fair Elections bill being a perfect example. Mr. Manning took sharp exception to a provision in the bill that removes Elections Canada's power to promote voter turnout. He also said he was in favour of Michael Chong's private member's bill on democratic reform, which would enhance the power of ordinary MPs, but which Mr. Poilievre and Mr. Harper apparently wish would go away.

Mr. Manning's counsel is wise, and the party should heed it. But it may be too late.

There is a rather high-stakes matter at hand, namely the Elections Canada investigation into allegations of electoral fraud in 2011. The probe, which has the Conservative hierarchy very much on edge, is scheduled to conclude at the end of March, with results likely to follow shortly thereafter.

One is that Elections Canada finds that the dirty work was limited to just the riding of Guelph. In that case, no worries for Mr. Harper. We move on.

A second is that Elections Canada finds evidence of robocalls and other acts of subterfuge in many ridings, but leaves hanging the question of whether the Conservatives were the perpetrators. In this case, the party would likely assail Elections Canada as biased ("team jersey" wearers, as Mr. Poilievre recently hinted) and try to ride out the storm.

A third possibility is that Elections Canada comes forward with strong evidence that the party hierarchy was behind a concerted and widespread effort to subvert the voting system. This would be far bigger than the Senate expenses scandal – all hell would break loose. The Harper team's fate would be sealed. Big-time Conservatives who spoke at the Manning conference could start revving up their leadership campaigns.

In the context of this coming report, the timing of the so-called Fair Elections Bill is curious, as is the Conservatives' unseemly rush to get it passed. Why the hurry?

Some see the bill, with its downgrading of powers and many rule changes, as a bid to give the Conservatives an escape hatch from any culpatory findings by the agency's investigation. James Sprague, a former Elections Canada lawyer, says the new act can be interpreted as forbidding the Elections Canada commissioner from disclosing any information that comes to the agency's knowledge as a result of an investigation. Instead, it would be up to the director of public prosecutions to include the information in an annual report to the justice minister.

The more Mr. Poilievre's bill is examined, the more gaping holes are found. There are a couple of good measures in it. There are many others that are not. Mr. Harper telegraphed where he was going on democratic reform when he chose the partisan Mr. Poilievre as minister over a candidate of moral fibre, Michael Chong.

Maybe the Prime Minister felt he had little choice but to appoint an Elections Canada slayer. Maybe he fears what the robocalls investigation might turn up. 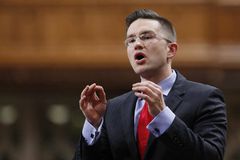