The Canadian government has yet to fully explain its reason for refusing to support an initiative to persuade the United Nations Security Council to refer Syria to the International Criminal Court. This follows Foreign Minister John Baird's refusal last month to join a call by almost 60 other countries – including almost all of Canada's allies – for the Security Council to use its authority to grant the ICC jurisdiction to investigate war crimes and crimes against humanity in Syria.

In the wake of Mr. Baird's comments in Washington last week threatening "consequences" if the Palestinians sought to ratify the ICC statute, such an eventuality – which in turn might lead the ICC to investigate alleged war crimes in the Occupied Territories – likely explains the Harper government's new wariness towards the ICC. It also shows the extent to which Canada stands prepared to sacrifice not only its reputation for fair-mindedness but its commitment to international justice on the altar of its unconditional support for the government of Benjamin Netanyahu.

When challenged in the House of Commons on February 1 as to why Canada had not joined a Swiss-led initiative to pressure the Security Council to refer Syria to the ICC, the foreign minister ducked the question, saying only that he had previously (in July 2012) spoken in favour of the ICC investigating crimes against humanity in Syria. But as recently as March 5, when Mr. Baird released a statement recalling the second anniversary of the Daraa incident in Syria (in which 15 protesting children were arrested and tortured in March 2011), his reference to the need for justice did not refer to the ICC. Rather, he said that "Assad and those supporting him [should] face a justice of Syrians' choosing." An odd use of words, as it implies that accountability for mass atrocities must await the end of the conflict, when Syrians might make such choices. By contrast, were the Security Council to grant the ICC jurisdiction, investigations could begin at once, and might have a deterrent effect even as conflict continued (as was arguably the case in Libya).

It is deeply troubling that the Canadian government's support for international justice initiatives in Syria (or elsewhere) might be held hostage to Israeli concerns about potential ICC investigations in the Palestinian territories. And it is equally troubling that such motives should lead Canada to oppose formal Palestinian acceptance of ICC jurisdiction (as is clearly now Canadian policy). At the Washington event, in response to a question about Palestine 'bringing Israel to the ICC', Foreign Minister Baird said it "will have certainly consequences in the conduct of our relations with the Palestinian Authority."

This scaremongering over the Palestinians joining the ICC is based on a profound (perhaps willful) ignorance about the way in which the ICC operates. Now that it is a permanent 'non-member observer state' of the United Nations, Palestine is likely eligible to ratify the Rome Statute, the founding document of the ICC. If it does so, the ICC might gain jurisdiction to investigate war crimes and crimes against humanity in the Palestinian territories in two ways: the Palestinians themselves could ask the ICC to investigate, or the ICC Prosecutor could choose to launch an investigation. In either case, the jurisdiction is complementary: a case can proceed only if there is a proven inability or unwillingness to launch such an effort by national judicial authorities.

In no case, however, can Palestine 'bring Israel to the ICC.' As a criminal court, the ICC tries cases against individuals, not states. Further, its jurisdiction cannot be limited to the investigation of particular crimes by particular parties. If the Palestinians allowed the Court's jurisdiction, they could not decide which alleged crimes the Court investigates or by which parties. If it referred a situation to the ICC, Palestine's sole discretion might be to determine the starting date from which alleged crimes might be investigated. On such a referral, the Prosecutor would necessarily look at allegations of war crimes or crimes against humanity committed by either party; that would also be her approach in the unlikely event that she chose to investigate in the absence of a referral.

Given this, why wouldn't Canada want the Palestinians to ratify the ICC statute? If they did so, it would mean that numerous potential Palestinian war crimes would be within the ICC's jurisdiction – including the indiscriminate firing of rockets from Gaza into Israeli civilian centres, the seizure of hostages and acts of terror committed against Israeli civilians. With respect to Israeli breaches of the laws of war, Israel's government and its defense forces have always argued that they respect these laws and that any breaches are dealt with through their own military justice system. If that is true, the complementarity rule means the ICC could not investigate.

Of course, the Israelis understand this, and doubtless so too do Baird's legal advisers. But in purveying the idea that Palestine can 'bring Israel to the ICC,' and implying that this would necessarily lead to a one-sided scrutiny of Israeli actions, Mr. Baird joins with the Israeli government in ignoring the court's statute and calling into doubt the professionalism and independence of its prosecutor. The result is to de-legitimize the ICC, and perhaps this result is intended. For even if the ICC were to investigate Palestinian war crimes, the extent of actual and threatened Israeli settlement expansion – conducted in defiance of international law – might also attract the court's attention.

If this is in fact what Mr. Baird is trying to prevent (and the suspicion must be that it is), then he ought to explain whether Canada has abandoned its position that Israeli settlements in the occupied territories are illegal under international law. Otherwise, why should only this violation of the Geneva Conventions be exempt from scrutiny by an international court that Canada worked tirelessly to set up and – until now at least – to win universal acceptance?

David Petrasek is interim director of the Centre for International Policy Studies at the University of Ottawa, and associate professor of Public and International Affairs. A version of this article appears on the CIPS blog.

Will Assad draft all Syrians into his army? Ominous signs on TV
March 11, 2013 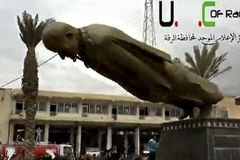 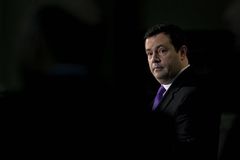 Opinion
The drums of war beat louder for Syria
March 7, 2013
How important is the rebel takeover of Raqqa?
March 6, 2013 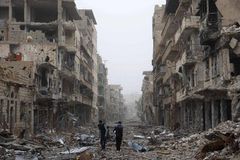 Washington’s tilt toward Syria’s rebels will cause more harm than good
March 1, 2013 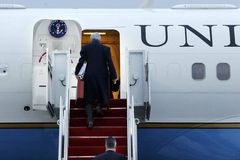 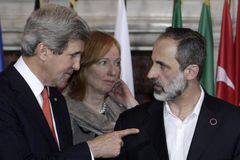 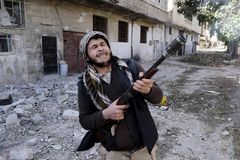