In the 1970s, I wrote a book on the Liberal Party in the Mackenzie King-Louis St. Laurent era. I titled it The Government Party, a phrase that has in various forms entered the lexicon of Canadian politics. As recently as 1993 to 2000, the Liberals were able to win three successive majority governments. Yet after May 2, the party's very survival is in question. How did the Liberals shrink from a colossus straddling Canadian politics to a struggling marginal party?

In truth, they had long ceased to hold their traditional status. Perhaps it is the very concept of a government party that has met its demise.

What were the traditional roots of Liberal dominance?

A solid block of seats from Quebec gave them a regular grip on majority governments. Their Quebec strength also validated their monopoly over the often-dominant national unity issue. But after the bruising constitutional battles from the 1960s to the early 1980s, the Liberals lost their hold over Quebec - first to the Mulroney Conservatives, then to the Bloc Québécois. The NDP tsunami in Quebec in 2011 has demonstrated the irrelevance of the Liberals to a post-federalist/sovereigntist era.

The second pillar of the government party was its stand as the defender of a strong federal government and a Canadian nationalism closely tied to the national state. Liberal failure from the 1960s on to integrate the West into its governing coalition undercut the legitimacy of the federal government. Declining popular faith in big government also undermined traditional Liberal belief in the state as a force for good.

The Liberals had a third key pillar of strength: As a classic centrist brokerage party, they were able to adapt, chameleon-like, to the challenges of change in the economy and society. Sometimes, as in the mid-1960s, the Liberals were able to shift to the left when popular pressure was coming from that direction. In the 1990s, the Chrétien Liberals shifted to the right in economic policy to meet the challenge of the emergent Reform/Canadian Alliance. Out of power, classic brokerage politics translates into simple lack of definition. Hence a widespread perception that the Liberals no longer stand for anything.

In 1984, Brian Mulroney's Progressive Conservatives won a landslide majority that seemed to replicate the old Liberal government party and even do it one better. Mr. Mulroney managed to win majorities in every region and every province. With Meech Lake, he dramatically played the national unity card. Yet all this fell apart completely. Meech Lake failed, as did the Charlottetown accord. His Western pillar fell to the Reform party, while his Quebec pillar fell to the Bloc. The PCs were virtually wiped out - perhaps a harbinger of Liberal fate post-2011?

The advance of Reform and the BQ past the collapsing PCs meant more than a change in party standings. Reform and the BQ were more idea- and policy-driven. The party system thus took on a new ideological dynamic. This dynamic has remained embedded in national politics, to the Liberals' cost.

The new Conservative Party under Stephen Harper is not another Mulroney-type brokerage party; instead, it incorporates the conservative ideological drive of Harper's old party into a more flexible vote-seeking organization. While there are some brokerage elements in the Conservative approach to the electorate, it resembles the Mike Harris Ontario party that broke with traditional Tory brokerage practices by narrowcasting its appeal to niche markets, which were specifically rewarded with targeted public policies.

The sharp divisiveness that marked the Harris years was part of a wedge-politics strategy - deliberately using issues that divided the larger electorate and sparked furious opposition, but thereby solidified and energized the Conservative base. Current Conservative success in party financing from a broad base of small donors is a sign of their capacity to keep their base persistently energized.

This divide-and-rule strategy works best when the centre-left opposition is split between competing parties. But the very ideological dynamic that has driven Conservative success serves to undermine the Liberals as a viable alternative. It is the NDP that has a better-defined centre-left program; the NDP that can play the "national government" card more credibly; the NDP that now holds Quebec. This does not make the NDP a new government party, but it does make them the stronger force on the centre-left.

Advice that the Liberals should have fought for the conservative middle rather than compete with the NDP is dubious: Mr. Harper has an ideological lock on the centre-right, which the ambiguous Liberal brokerage could not hope to shake.

With the apparent demise of the government party model, the question is whether the Liberal Party has any role left to play. It could be the spoiler that ensures perpetual Conservative electoral majorities by dividing an opposition that constitutes a majority of the country but a minority in Parliament. Or it could merge with the NDP to form a more effective opposition to the Harper government.

Reg Whitaker is distinguished research professor emeritus at York University, adjunct professor of political science at the University of Victoria and author of The Government Party.

Opinion
No room for the Liberals in the middle of the road
April 30, 2018 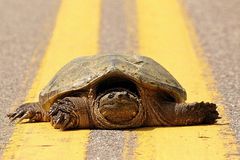 Opinion
By focusing on leadership, Liberals put cart before horse
May 3, 2018 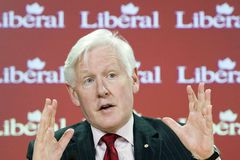 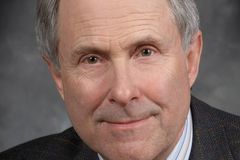 Opinion
The 'strange death' of Liberal Canada
May 3, 2018 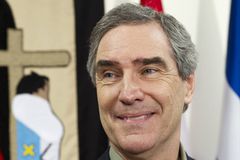