Leanne Nicolle is the former executive director at the Canadian Olympic Foundation. She is President and CEO of Big Brothers Big Sisters Toronto and Executive in Residence, Inclusive Leadership in Sport, Ryerson University.

Finally, sport is in the spotlight in the ongoing sexual-misconduct conversation. With a culture so out of tune with what is going on in the world around us, I'm not surprised it took this long. Sport is an industry mired in ego, dominated by men at all levels who may be trying their best to keep up on the conversation but are missing a key peer group of women to have candid conversations with. Brave women at Sportsnet have stood up and said, "Enough!" With the firing of the network's self-proclaimed "manalyst" Gregg Zaun for what it called inappropriate behaviour, the door has finally been cracked on the long overdue examination of sexual misconduct in sport.

We cannot allow this industry to go unnoticed as we right this ship. Since coming forward as the "unknown complainant" in the 2015 Canadian Olympic Committee harassment review against the COC's president this past October, I have had hundreds of young women reach out to me to say thank you. Thank you for giving them the permission to acknowledge that terrible things have happened to them; for reaching out and giving them courage to come forward; for providing them with a method to prepare themselves for triumph if it were to happen again. This, alone, makes all the pain and suffering worthwhile.

Will this be the generation of women that lowers its tolerance for inappropriate sexual behaviour? Could there actually be a surge in courage from our young people knowing that they have a safety net of people locked arm and arm below them?

Recently, a terrible incident around alleged sexual assault occurred at St. Francis Xavier University. It was jock culture gone horribly wrong. I share this because my daughter is in her first year at St. F.X., a student athlete on the soccer team and close to the incident on both sides. This is the horrible, yet prevalent, side of the power of sport.

What ensued was nothing short of a revelation. The athletes rallied behind the alleged victim in random acts of courage. It started with a social-media campaign that said publicly "We stand together" as men and women, athletes and students, stood together as one team. Their support gained momentum. Other universities rallied their athletes and, all of a sudden, there was a movement.

The university president sent a powerful message that sexual violence isn't tolerated at St. F.X. and reinforced that there are policies in place, education available and a resolute commitment to the alleged victim. The coaches brought all the teams together to raise awareness, educate and show their unwavering support for survivors of sexual assault. Harsh consequences were reiterated. Everyone mobilized in the wake of adversity.

Yes, this is a wave of young women, with the support of young men, adults, systems, the institution. But it was the young women who demanded to be heard.

I am incredibly proud of my daughter, her school, her team, her coach, her friends.

I am similarly proud of the women at Sportsnet who would not let what they saw as toxic masculinity infiltrate their workplace for another day. We are standing up against jock culture and all the boys' clubs that are out there. We are going to stand together and eliminate sexual assault, harassment and any form of gender-based discrimination in our midst.

I sit back and watch in awe of these strong, powerful, courageous young women who are standing up in the culture of sport – where it is particularly hard to do. I have hope that they will be the ones to change the game. On the eve of the next Olympic Games, let's make this the new power of sport. 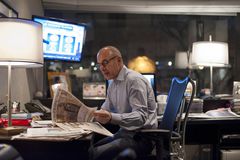 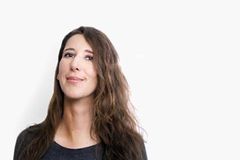 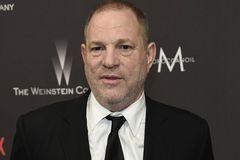