The rich and famous are not like you and me. They have complicated sex and family lives. They have children in and out of wedlock, some biological and some collected, like stamps, from the far corners of the Earth. It's hard not to feel sorry for these kids. Their lives are shadowed by their parents' outsized psychodramas, which are served up as cheap entertainment and morality plays for the rest of us.

Dylan Farrow, 28, the adopted daughter of Mia Farrow and Woody Allen, is one such kid. This weekend, she released a scathing letter that accuses her father of sexually molesting her when she was 7. In it, she throws down the gauntlet to the entire Hollywood establishment, which has recently honoured Mr. Allen for a lifetime of achievement. Anyone who's a friend of Mr. Allen, she charged, is no friend of sexually abused children.

The letter was a bombshell. A leading New York Times columnist, Nicholas Kristof, devoted his Sunday column to her story. He commended her for speaking out, and posted the letter on his website. It drew thousands of emotional comments. Most commenters praised Dylan Farrow, and condemned Mr. Allen and all the other child molesters who get away with it.

At first, I was persuaded, too. Mr. Allen's penchant for girl-women has always struck me as rather creepy. He and Mia broke up when Mia discovered naked pictures of her adopted daughter, Soon-Yi Previn, in his apartment. It turned out they were having an affair. The whole thing was icky beyond belief.

But taking up with a woman who is legally an adult (she was between 19 and 21 at the time; her birth date is unclear) isn't the same as molesting a child. And I found out there's another version of the story – one the shocking headlines handily omit.

At the time Mr. Allen allegedly abused his daughter, he and Mia Farrow were locked in a bitter custody fight. She was furious over the affair with Soon-Yi, and the breakup also meant the end of her long film career with Woody. In a 1992 interview with Steve Kroft of 60 Minutes, Mr. Allen addressed the abuse allegations. He said Mia's desire for revenge had unhinged her and that she made death threats, and sent him a bizarre Valentine's card – a family photo with needles and a steak knife stuck through it. She told him, "You took my daughter, and I am going to take yours."

Mr. Allen believes that Mia coached Dylan to tell the abuse story. The evidence seems to back him up. The local authorities conducted an extensive investigation but found no evidence to support laying charges. They noted that Dylan's story changed several times. Mr. Allen submitted to a polygraph and a battery of psychiatric tests, whose results, concluded 60 Minutes, "seem to support his case."

In Mr. Allen's defence, his supporters such as documentary director Robert Weide cite other little-known facts. He and Mia never married or lived together, even though they had three children of their own (Dylan and Moses, who were adopted, and Ronan, who was biological). Soon-Yi was not his adopted daughter or step-daughter (she was the adopted daughter of Mia and André Previn), and he barely knew her before they got involved. Nor was she the first in her family to fall for an older man. Mia married Frank Sinatra when she was 21 and he was 50. She married Mr. Previn (who was 40) when she was 25 and pregnant by him. (His ex-wife, Dory, wrote a song about her called Beware of Young Girls.)

You need a flow chart to follow this stuff. Mia has recently hinted that Ronan, her biological child with Woody, might be Frank Sinatra's son. (Check out the photographic evidence and judge for yourself.) Ronan is on Mia's side of the feud, but his brother Moses is on Woody's side. Meantime, Woody and Soon-Yi have been married, more or less normally so far as we know, for 16 years.

So why should we care who's telling the truth? Because a man's reputation should not be casually destroyed. Because child abuse is a terrible crime, but a rush to judgment in the face of shaky evidence has ruined the lives of many men far less capable than Mr. Allen of fighting back. I'm sure Dylan Farrow is totally sincere. But I also think there's miles of room for reasonable doubt. And Mr. Kristof – a friend of Mia Farrow, as he admits – was clearly wrong to play judge, jury and hangman.

Why Dylan Farrow's public fight with Woody Allen is wrong for her
February 3, 2014 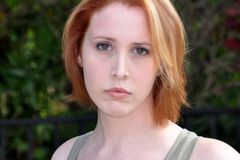 Opinion
Agony on the slopes: Should women jump?
February 1, 2014