Spain is not among the Western European countries most severely affected by the wave of jihadist mobilization that started with the unfolding of the Syrian civil war in 2012. Belgium, France, The Netherlands, the United Kingdom, Germany, Denmark, Sweden and Austria – all of which have Muslim populations that are mainly second-generation descendants of immigrants from countries where Islam is the predominant religion – are particularly impacted. In fact, all of the more than 30 jihadist attacks in Western Europe since 2014 were perpetrated in six of these eight countries.

That pattern changed on Thursday with the consecutive attacks in Barcelona and the town of Cambrils. This time, members and followers of Islamic State deliberately targeted – using a repertoire of violence seen many times before – crowded tourist spots in a country where, by comparison with others, the propaganda efforts of the jihadist organization have not been as successful in radicalizing and recruiting young Muslims. However, the terrorists also targeted a country that is a contributing member of the coalition that was established in September, 2014, to fight Islamic State, a Western European country that since 2013 has been in the top five of those arresting jihadists.

The choices of Barcelona and Cambrils were not accidental. Barcelona is the leading city of a province that bears the same name, and which has become, since the 2004 Madrid train bombings, the main jihadist centre of activity in Spain. Our Elcano Data Base on Jihadists in Spain shows that a quarter of all individuals arrested in Spain between 2013 and 2016 for jihadist terrorism offences were active and living in the province of Barcelona. During the same period, an even larger proportion of people detained as a result of their concrete involvement with Islamic State resided in just 11 locations in the province.

This is the most immediate context of the attacks in Barcelona and Cambrils. However, Barcelona – and Catalonia as a whole – stand out as playing an important role in the origins and the evolution of jihadist terrorism in Spain. The first arrest in Spain of a jihadist who was convicted was in Barcelona in 1995. Cambrils was one of the two coastal cities in the province of Tarragona, where Mohammed Atta, assisted by a jihadist resident of the area, met with 9/11 operation manager Ramzi bin al-Shibh to complete preparations two months before the Sept. 11 attacks.

An al-Qaeda-related cell broken up in Catalonia in 2003 was found in possession of mobile phones identical to those used in the 2004 Madrid train bombings and tampered with in the same way. Furthermore, those who escaped to Iraq after these attacks passed through Santa Coloma de Gramanet, a town in the province of Barcelona where facilitators of the Moroccan Islamic Combatant Group were based. Moreover, preparations to execute a suicide attack in the Barcelona Metro were thwarted in January, 2008. Suspects were linked to the terrorist organization Tehrik-e-Taliban Pakistan – which is associated with al-Qaeda. Between 2004 and 2012, four of every 10 jihadists convicted in Spain resided in Barcelona province.

Neither these past incidents nor the recent attacks in Barcelona and Cambrils can be properly understood without the background reality that Islamic extremists are a continued and growing presence in Catalonia, where half of all Spain's Salafist congregations are located. They create a divisively illiberal and coercively influential breeding ground for the praxis of more bellicose young Salafists. Barcelona and Cambrils are not the first places in Catalonia where these violent fundamentalists planned and prepared to carry out an act of terrorism. Barcelona and Cambrils were just the first places in Catalonia where they were successful, even if their initial and probably much deadlier plans had to be unexpectedly replaced. 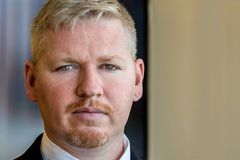 Barcelona observes moment of silence in wake of attacks
August 18, 2017 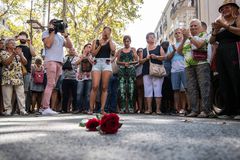 Spain mounts anti-terror operation after two linked attacks
August 17, 2017
Follow us on Twitter @globedebate Opens in a new window
Report an error
Due to technical reasons, we have temporarily removed commenting from our articles. We hope to have this fixed soon. Thank you for your patience. If you are looking to give feedback on our new site, please send it along to feedback@globeandmail.com. If you want to write a letter to the editor, please forward to letters@globeandmail.com.
Comments