Last weekend, news attention was focused on the battle between the Islamic State and Kurdish forces. At the same time, the Islamic State set off bombs in and near Baghdad that killed 45 people, including the police chief of Anbar province.

Anbar is a largely Sunni area, and yet the Sunni militants chose to attack there. Baghdad is governed by a rickety coalition with a Shia Prime Minister – from the militants' perspective, an attack on Iraq's seat of government is not only an attack on weakling Sunnis, but also on Shia leadership.

In Iraq, and in many places throughout the Islamic world, militant Muslims are fighting not just those of other faiths – Buddhists in Thailand, Christians in northern Nigeria and the Central African Republic – but they are also fighting other Islamic sects and secular governments headed by Muslims. To say that Islam is fighting itself stretches a point, but not that far.

Samuel Huntington, the late political scientist, popularized the phrase "clash of civilizations" for the struggle between Islam and Christianity where countries from those two traditions meet or overlap. His theory was controversial, with critics pointing to areas where no such clashes exist. But so great is the intra-Islamic struggle that it might be called a "clash within a civilization."

Scan the Muslim world. Far from the headlines in the West, Pakistani insurgents have been attacking border posts in southern Iran. The insurgents want to carve out an independent territory in the Sunni tribal area of Baluchistan, which spills into Iran. Fighting against Iranians pits Pakistani Sunni militants against the world's leading Shia power.

In Yemen last week, a Sunni suicide bomber killed at least 47 people in a counterstrike against a Shia group that recently took control of the capital, Sanaa. It was the third bombing in a week – the others claimed 20 and 29 lives.

In Afghanistan, despite the election of a democratically elected government, fighting continues – especially in the southern Pashtun areas where the Sunni Taliban continue to wage war against the secular government in Kabul.

In Syria, of course, there are so many groups fighting each other – from Bashar al-Assad's secular government dominated by the Alawite sect, an offshoot of Shiism, to the Islamic State and every shade in between – that the country has become the epicentre of intra-Islamic conflict. Syria is a cauldron of chaos into which the West has moved with the noble but nigh-impossible task of identifying and organizing "moderate" Muslims to fight simultaneously against Mr. al-Assad and the Islamic State. A mission less likely to succeed can scarcely be imagined.

In Algeria, and then Egypt, secular Muslim authorities lost elections to religious parties, then ousted those religious parties from power, provoking a nasty civil war in the former and a massive crackdown in the latter.

In Libya, an uprising against Moammar Gadhafi produced a civil war in which the North Atlantic Treaty Organization intervened to help oust the former dictator with no sense of who should replace him. Predictably, the result has been constant fighting among various warlords and sects for power.

Iran, which for all the venom heaped upon it by Israel and certain Western governments (such as Canada), is relatively stable internally. Yet it continues to foment trouble by sending weapons to Shia Hezbollah in southern Lebanon, and to Hamas in Gaza. It also has relations with Shia militias inside Iraq. Its relations with Sunni Saudi Arabia are extremely frosty.

Obviously, some of the militant Islamic groups are targeting Western interests. And Iran's government has long been hostile to the United States, the "Great Satan." But a great deal of the strife in the Muslim world today is among religious groups, sects and governments, mixed into a toxic brew by power politics, religious ideology and historical enmities.

The West's ability to decisively influence these conflicts, each of which is unique, is more limited than those anxious to intervene apparently understand. 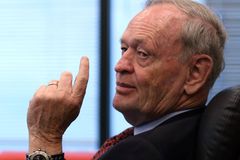 Opinion
How Lebanon offers a model for a post-IS Middle East
October 15, 2014

Opinion
Muslims go back under the microscope
October 14, 2014