Why did Israel attack Syrian military facilities? The answer is simple and based on a long-announced policy. The imaginative scenarios about sending a message to Iran, co-ordinating with the United States or taking sides in the Syrian civil war are untrue.

Israel's problem is that Syria is the supplier of weapons (often paid for or originating in Iran) for Hezbollah in Lebanon, which then uses these arms against Israel. Notably, in 2006, Hezbollah fired hundreds of small rockets against Israeli civilian targets. What Hezbollah was not able to do, however, was to shoot the more sophisticated and longer-range missiles at Israel.

Why? Because those missiles were destroyed by Israel in Lebanon or as they were being shipped to Hezbollah along roads from Syria to Lebanon.

At the end of the 2006 war, the UN ceasefire resolution promised Israel that an enlarged United Nations Interim Force in Lebanon (UNIFIL) would end this cross-border arming of the terrorist group. That never happened. Instead, arms continued to flow without any interdiction.

Israel, however, laid down a "red line" that any attempt to transport advanced weapons – "game changers" as one Israeli officer said – would be stopped by force. Incidentally, remember that Syria is still in a state of war with Israel and has continually sponsored cross-border and international terrorist attacks against Israel.

Today, in 2013, civil war rages in Syria. On one hand, to ensure that missiles and other high-level weapons don't fall into rebel hands, the Syrian regime wants to move them to Lebanon, from which they might be used to attack Israel. On the other hand, Israel doesn't want these weapons to be captured by the rebels who are almost exclusively radical Islamists – including al-Qaeda – who have openly called for genocide against Israel.

With thousands of Hezbollah troops now openly fighting on the side of the Syrian regime and intelligence that these weapons might be moved to Lebanon, Israel acted first, precisely in the way that it has warned about for years. While there were not necessarily indications that these specific missiles were going with chemical warheads, it is quite possible that Hezbollah could use them for that purpose in future.

In order to signal that Israel is not intervening in the Syrian civil war, Israeli officials carefully noted that the planes did not enter Syrian airspace but fired their weapons from the Lebanese side of the border. Israel is not going to become involved in Syria's civil war and Israeli policy-makers understand very well that they have no leverage or assets that would affect the outcome in any way.

There is no side to root for, from Israel's standpoint. While the Assad regime has been unremittingly hostile and is allied with Iran, a takeover by the Muslim Brotherhood and hard-line Salafist groups, including al-Qaeda, is not an obvious improvement in the situation. True, there has been a debate among Israeli government officials as to whether one side's victory is preferable, but that has been inconclusive because everyone involved knows the same facts.

After all, Bashar al-Assad's defeat would be a defeat for Iran, Israel's main enemy at present. Since the rebels have no clear patron to strengthen them with money and weapons, a post-Assad government would be probably weaker than the current regime. Moreover, the rebels hate Hezbollah. With its situation weakened in Lebanon, Hezbollah would be much more reluctant to attack Israel.

At the same time, however, a rebel victory could bring risk-taking extremists to power who might attack across the Syria-Israel border and even destabilize Jordan. A new regime would consolidate a powerful Muslim Brotherhood, Sunni Islamist bloc that would be the new threat to Israel, also subverting the Palestinian Authority, which rules the West Bank, since a Muslim Brotherhood, Islamist regime in Syria would back the PA's rival, Hamas.

Neither side is going to make peace with Israel. Continuation of the existing anarchy ensures that Syria will remain weak.

The situation is a reminder of the fact that in the Middle East, there are often no purely good options.

But there is also a new and often overlooked element in the equation. The Middle East is in a completely new era from that which prevailed in the half-century or so after 1950. The Arab-Israeli conflict, shrunk down to an Israel-Palestinian conflict, is an increasingly less important factor in regional politics. The revolution in Egypt, the civil war in Syria, the battles within Iraq and other such developments have nothing to do with conflict with Israel.

Fearing Iran and revolutionary Islamists, the remaining old regimes – notably Saudi Arabia and the other Persian Gulf states – don't speak very much about Israel. Iraq has turned inward, dropping out of the conflict, too.

The main battle in the Middle East is now overwhelmingly between Arab and Iranian revolutionary Islamists – who want to impose sharia-ruled states – and a variety of non-Islamists that include Arab and Kurdish nationalists, Christian communities, liberals and anti-Islamist conservatives.

Even a recent report compiled by the Cordoba Foundation concluded that "Prior to the Syrian revolution, there was no consensus on what constitutes the greatest threat to our [Arab] national security, but it has since become evident that the Iranian threat is much bigger than American and Israeli threats."

All of these dramatic changes are carefully watched by Israeli policy-makers who understand the flexibility and rapid changes in the regional situation.

Why Canada remains ‘on the sidelines’ when it comes to Syria
May 5, 2013 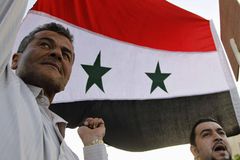 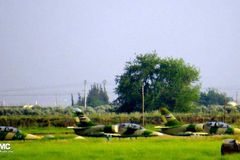