At the end of January, Israeli Prime Minister Benjamin Netanyahu and Rwandan President Paul Kagame met in Davos and reportedly agreed on a secret process to transfer thousands of Eritrean and Sudanese asylum-seekers from Israel to Rwanda. This is not only a violation of Israel's international legal obligations but more fundamentally a moment of self-reckoning for a nation founded on the idea of refuge.

Over the last decade, about 60,000 migrants have crossed the border between Egypt and Israel, coming mostly from Eritrea and Sudan, fleeing war and the systematic violation of human rights by totalitarian regimes. Like nearly all migrants, most would have wished for nothing more than to be able to live peacefully where they were.

Some chose Israel as an option more welcoming than Egypt, where there are few resources and a great deal of hostility towards migrants. Some were dumped at the Israeli border by human traffickers, despite having been paid to go to Libya en route to Europe. Still others I met, along with McGill and Hebrew University law students, at the Physicians for Human Rights clinic in Tel Aviv, where they were treated after being ransomed from kidnappers in the Egyptian Sinai desert; the kidnappers had given them cellphones to call their families, and then tortured and raped them for days or weeks until their desperate relatives sold everything to have them released at the Israeli border. It is a sickening abuse of some of the most destitute and vulnerable people on the planet.

The Israeli government officially refers to these asylum-seekers as "infiltrators," a label clearly meant to evoke the threat of terrorism.

When the flow of migrants started, Israel did not have a refugee-claims determination procedure, and migrants were granted discretionary humanitarian permits to temporarily stay in the country. Israel ratified the UN Refugees Convention in 1954, among the first countries to do so. Under that treaty, it has an obligation of non-refoulement, meaning that it cannot send someone back without determining if they have a well-founded fear of persecution, and in any case not to a place where they may be mistreated.

Israel created a refugee-determination procedure, but since 2009 it has granted refugee status to a total of 10 Eritreans and one Sudanese. This is an acceptance rate of 0.01 per cent for Eritreans, whereas in Europe and Canada 85-90 per cent of Eritrean claims are accepted . Instead, the Netanyahu government is said to have made a secret agreement with Rwanda to send all the Eritreans and Sudanese there. As of the end of next month, all male "infiltrators" who do not voluntarily depart for Rwanda in exchange for a payment of US$3,500 will be indefinitely jailed. Human Rights Watch has extensively documented the mistreatment of these migrants in Rwanda. In an open letter, 25 of Israel's top international law scholars conclude that this is a blatant violation of human rights and refugee law.

Israel is a small country that cannot reasonably be expected to host all these asylum-seekers. It is clearly not to blame for the harm and fear that led these migrants to flee their own countries and come to Israel. That said, nations like individuals are sometimes faced with situations, not of their own making or choosing, that stand as a crucible of their true identity.

There is tragic irony in Israel refusing to be a land of refuge, as a nation embodying a religion deeply marked by the experience of being a vulnerable stranger. Israel must do more, but so must Canada. Not long ago, many Canadian individuals and communities answered the call to help Syrian refugees through our unique sponsorship program. Eritreans and Sudanese asylum-seekers are now facing a similar plight, and it is time for the same gesture to give them the safety they deserve and help Israel fulfill its obligations. 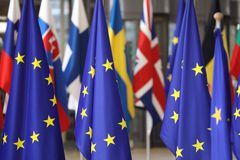 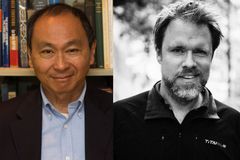