The whole country watched Moncton, first with horror, then with caught breath. For a day, a gunman was on the loose, a city terrorized. And three people were dead, all RCMP constables: David Ross, Fabrice Georges Gévaudan and Douglas James Larche.

A suspect is in custody. Police have released his name, too, but I'm not going to repeat it here. There are plenty of other places to find his identity and read about the trail of unearned grievances on his Facebook page. In the coming days, I'm sure we'll learn more. I imagine it will be a familiar story of alienation and misplaced rage completely unattached to any actual injustice.

This man is a suspect at the moment, nothing more. But he's already succeeded in one thing: turning the attention of an entire country on himself. For a day, he and his stupid guns were the star of international cable news.

I'm not sure we want these guys taking up any more of our public space, sucking our valuable air. It's what they want, to live in infamy, on a public stage where the spotlight is always on them. This is why they dress like cut-price Sylvester Stallones when they go out hunting humans, and make videos to be endlessly played on YouTube, and write "manifestos" about how the world has done them wrong.

We give them the attention they crave. Last Dec. 6, when I wanted to mark the anniversary of the murderous rampage at l'École Polytechnique that left 14 women dead, I realized that I knew the killer's name but not the names of any of his victims. I went and looked them up, and it occurred to me that this was a second indignity committed against them. They are unknown, while his name lives on.

The 22-year-old who killed six people in Isla Vista, Calif., two weeks ago did his best to ensure that his electronic ghost would persist after he'd taken his own life. Affluent, pampered and troubled, he felt ignored, especially by the women who "owed" him something. He left a trail of poisonous videos and letters behind to ensure he'd have the attention in death he felt so grievously deprived of in life.

There are people who want to make sure that doesn't happen. Richard Martinez is the father of Christopher Martinez, one of the victims of the Isla Vista killer. Mr. Martinez is incandescent in his rage, and he's aiming that fury at America's gun laws and a culture that he thinks inadvertently glorifies these criminals.

"When the media puts the shooter's name out there, they put his picture out there, they put his videos out there, they're doing exactly what the shooter wanted – they're completing his plan," Mr. Martinez told CNN's Anderson Cooper. Mr. Cooper has a policy of not naming or showing the pictures of mass killers on his program, partly prompted by the impassioned plea of the father of another shooting victim, a young man killed in the 2012 Aurora, Colo., theatre rampage. Megyn Kelly of Fox News has the same policy, saying she doesn't want to reward murderous "infamy." 60 Minutes recently ran a story about a football coach who confronted a student after he'd killed three classmates; the killer was deliberately not named or shown.

Does denying one killer his moment of glory keep others from following? It's impossible to know, because you can't measure absence. But there is evidence that some mass murderers play to an audience, and are well aware of their predecessors: "Many other perpetrators pay obsessive attention to previous massacres," Ari Schulman wrote in The Wall Street Journal last year. "There is evidence for a direct line of influence running through some of the most notorious shooters – from Columbine in 1999 to Virginia Tech in 2007 to Newtown in 2012 – including their explicit references to previous massacres and calls to inspire future anti-heroes."

It goes against every fibre of journalistic instinct to suggest that there should be less information out there, rather than more. We are always pressing for more detail, more information, on the grounds that the public deserves all the facts possible in order to make clear-headed decisions.

But there are many instances in which the media shield certain information, by law or by custom – publication bans imposed by judges, for one thing, or not naming minors involved in court cases. Perhaps that custom could extend to people who go on murderous rampages.

What if, after initial identification, they were quietly ignored, and pictures of their Rambo costumes and their big-boy guns weren't reproduced incessantly? That way, the act would be greeted with the contempt it deserves. That way, there would still be room to remember the victims: David Ross, Fabrice Georges Gévaudan and Douglas James Larche. 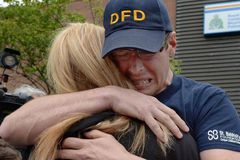 Moncton shooting highlights the two sides of gun ownership
May 12, 2018 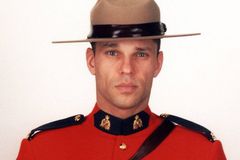 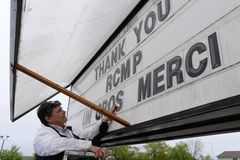