As the world's finance ministers gather here in Paris for another G20 summit, the economy looks like an interlocking set of paradoxes: Simultaneous inflationary growth and deflationary collapse, ultra-low interest rates and nobody willing to lend.

But one paradox, mysterious and misunderstood, seems to be tormenting almost every country today: simultaneous large-scale unemployment and large-scale labour shortages. Almost every government, from Beijing to Ottawa, is nowadays forced to use immigration to fill job shortages, at the same time as it devotes expensive social programs to helping the jobless. This, to put it mildly, has been creating tensions.

Canada is a perfect example. According to the January survey of employers by the Canadian Federation of Independent Business, 34 per cent of corporations now regard "shortage of skilled labour" as their main business constraint - and, tellingly, another 13 per cent regard their biggest problem as "shortage of un/semi-skilled labour." That means almost one in seven companies can't find enough uneducated, non-experienced people.

This is the case even though Canada now has a comparatively high unemployment rate of 7.8 per cent, which means that there are 1,449,600 Canadians over 15 years of age who are actively seeking work, officially. Several million more have simply stopped looking for work and have dropped out of the labour force.

But, despite years of effort, there's no easy way to shift the ever-growing heap of workers into the bottomless pit of job opportunities. As a result, Canadian businesses, both large and small, are lobbying Ottawa hard to increase its immigration numbers above the current rate of more than 280,000 per year. The federal government, with one ear on these urgent business needs and another on a Conservative rank-and-file who aren't keen on immigration, is striking a compromise by keeping the numbers more or less steady.

Canada is far from alone in this paradox. The German government recently concluded that its shortfall of immigrant workers is costing the economy 20 billion euros a year, leading to a strong push from business to push immigration above its current level of 600,000 per year, even though there are officially 3 million jobless Germans (or 6.6 per cent).

There are two popular ways of responding to this dilemma. A more left-wing perspective listens to the unemployed workers, who say companies are not willing to pay enough to provide a living, so they avoid taking the jobs.

"Raising pay in sectors with shortages would encourage people to get the needed education to work there, it would encourage older workers to stay on longer and it would encourage foreign workers with the right skills to move" to your country, the Swedish economist Stefan Karlsson recently noted. This is certainly true - especially since the last decade saw an enormous transfer of wealth from workers to shareholders through economic growth and wage stagnation - but it only takes care of part of the problem. Many low-skill industries are public sector and cannot raise wages, and above a certain level, minimum-wage hikes start killing job creation and driving up unemployment again. It only solves part of the problem.

More conservative governments listen to employers, who say job applicants are telling them that their welfare and unemployment-insurance payments are a better deal than a low-end job. Those governments respond by slashing those payments - by "ending welfare as we know it," as Bill Clinton said when he pioneered this practice in the 1990s. Or they introduce a universal credit, which means you keep receiving welfare payments when you start working, so a job is an enticement rather than a punishment. The British government is rather interestingly doing both at once at the moment - using a universal credit along with a sharp cut in welfare payments for those who don't take a job.

This also works, but it has its limits. Many of the unemployed have real or de facto disabilities, and really need their benefit payments. In many countries, including Canada, the high-unemployment regions are physically far from the labour-shortage regions, and poorer people tend to be rooted in the places they grew up. Welfare changes provide a one-time fix; after that, the shortages often return.

A study by the Marshall School of Business projects that the United States, despite its paltry welfare programs, will still be short 35 million workers by 2030; Europe, despite its generous decent minimum wages, will need 80 million. The most direct and politically feasible solution, the one most governments will continue to use to square the circle and fill the hole, will remain immigration. 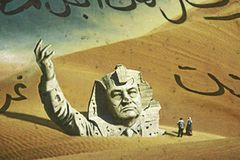 Opinion
The dangers of treating food as a strategic asset
January 29, 2011
International inequality is alive and well
January 22, 2011 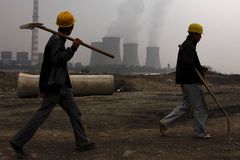 Opinion
Editorial cartoons, February 2011
Gallery
January 31, 2011
Follow Doug Saunders on Twitter @dougsaunders
Report an error Editorial code of conduct
Due to technical reasons, we have temporarily removed commenting from our articles. We hope to have this fixed soon. Thank you for your patience. If you are looking to give feedback on our new site, please send it along to feedback@globeandmail.com. If you want to write a letter to the editor, please forward to letters@globeandmail.com.
Comments