There is a natural law about government bureaucracies: They grow too large and periodically get cut back. It's the same for garden shrubbery.

The Conservative government, for all its flim-flam about lean government, has been no exception to this rule. In its first five years, spending increased by 22 per cent. No one should be surprised that knives are flashing, nor that some of the targets are programs that the government considers inconvenient, such as environmental assessments. The surprises lie in some of the other choices for cuts. A case in point is the decision to not just reduce, but eliminate, funding for Canadian studies programs abroad.

Canadian studies abroad? On the face of it, this sounds like a boondoggle – at best, a frill that could be jettisoned without too many ripples. In fact, the backwash could be very unfortunate.

The Understanding Canada program was set up 35 years ago as part of our cultural projection overseas. Its challenge was to rectify an image of Canada subject to more distortion than other countries of comparable political and economic weight. Canada had changed and was changing; what was (and still is) needed was more informed awaeness and more balanced understanding.

The program was directed at educators and, through them, an enlarging body of students around the world with a focus on the distinctiveness, quality and innovations of Canadian society, science and scholarship. Despite very modest funding, it was an almost immediate success, and in the intervening years, it has grown steadily. There are now Canadian studies programs in 55 countries, served by more than 7,000 foreign scholars. Orchestrating and supporting these activities are 28 national associations, five multinational associations and an International Council with an office in Ottawa. Australia and Japan have copied the program, and the U.S. State Department has recommended programs to other countries based on the Canadian model.

Since its inception, the disciplines have widened to include film, telecommunications, Arctic issues, geology, the environment and a galaxy of others with distinctive Canadian content. Foreign governments contribute directly or indirectly – India, for example, supports four Canadian Studies Centres. The program provided platforms from which two generations of Canadian authors have been publicized, translated and sold in foreign book stores. This is not the whole story, but it certainly helped their subsequent rediscovery by Canadian publishers. Other benefits have been quantified: The sale of books, films, equipment and the costs of study visits to Canada are estimated at close to $20-million.

Meanwhile, the value to Canada's profile and to the enrichment of Canadian universities and scientific establishments through cross-fertilization has been incalculable. All this for an annual government investment of barely $5-million. Little wonder that other countries have copied the model.

The program works like a hybrid engine. You put in a little gas, and then foreign universities, foreign governments and the private sector keep the battery charged. The gas at the front end is essential. It primes the pump. Maintaining this modest investment should be obvious, even in a time of austerity. If we knock it down, rebuilding this enterprise, plus our credibility, will be difficult and expensive.

John Meisel is former chair of the Canadian Radio-television and Telecommunications Commission and former president of the Royal Society of Canada. He is Sir Edward Peacock professor emeritus of political science at Queen's University. 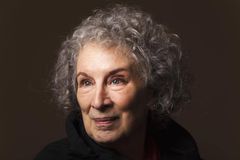 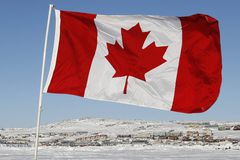