The pain from Spain is falling mainly on the southern Alberta plain.

Late last year, the City of Calgary announced it would build a pedestrian bridge across the Bow River as part of a plan to develop more sustainable transportation systems. But then officials picked their designer - Spanish "starchitect" Santiago Calatrava - and announced that the bridge would come with a $24-million price tag, 10 to 20 per cent more than an ordinary, ugly footbridge would cost. (The city correctly identified that it already has plenty of ordinary, ugly footbridges.)

Of course, the proposal met with outrage from municipal politicians and citizens who'd rather see potholes filled and overpasses built with taxpayers' cash. Some critics focused on the cost and location of the bridge, and others attacked the way it was pushed through city council. Fair enough.

But the most wrong-headed objection raised was that the contract went to a Spanish firm, rather than a local one.

When it was revealed that the bridge would not only be designed in Spain, but built in there as well, this seemed to be the last straw. (Which is funny, since the design of the bridge resembles a drinking straw.) Calgarians were furious that no contracts were awarded to Canadian companies.

Interestingly, at the same time, another foreign contract was also being awarded, but this time, the business flow was reversed. In February, Ottawa-based Bridgewater Systems Inc., announced that it had been selected by four major mobile data operators in Europe, North America and Asia. These operators would offload certain data traffic to Wi-Fi hotspots and other applications using Bridgewater's new "mobile data offload solutions." (It doesn't even matter what this all means - it's got to be worth a lot of dough.)

The kicker was that the Bridgewater announcement was made in Spain. So, a Spanish architect designs and builds a bridge for Canada. In return, a Canadian mobile personalization service provider (whatever that is) does work in Spain. This is precisely how the system is supposed to work!

Mr. Calatrava's critics in Calgary didn't shed any tears or ship over thousands of "Keep Jobs Local" placards for their Spanish friends, though. A bit inconsistent of them, wasn't it? This is especially interesting given that the unemployment rate in Canada is 8.2 per cent. In Spain, it's nearly 20 per cent.

Why are opponents to global business so insecure? If a world-renowned Spanish designer is selected for work on a footbridge, so what? Without question, an architect in Calgary or Ottawa or St. John's could just as easily have designed a footbridge. The question isn't one of ability, it's one of selection. Calgary selected the Spanish architect because of his innovative design and reputation. Selecting a local firm just to prove we, too, can design bridges seems insecure. And selecting a local firm just to create a couple dozen jobs seems petty.

This is exactly the point of global business. We select the best foreign companies, and they select us. If we purposely award contracts only to local companies, what's to stop the Spanish, the Irish or the Vietnamese from doing the same?

Spanish architects and builders win work abroad by being the best at what they do. Canadian high-tech software firms do the same thing. Canadian nationalists should be happy that our firms appear to be gaining ground.

Let the Spanish dream up a cool footbridge for us. Let them weld it together, too. And we'll take care of the digital requirements of a wired world that needs 21st-century data solutions. That's what globalization is all about. And if we stop being so insecure and paranoid about jobs leaving the country, we'll all be better off for it.

Todd Hirsch is a Calgary-based senior economist at ATB Financial. The opinions are his own.

Can Albertans redesign their own economy?
February 15, 2010 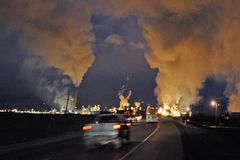 Opinion
Slippery road ahead after a decade of fear
December 23, 2009 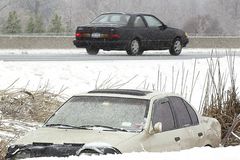 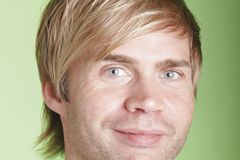