It's tempting to look at the appalling and possibly criminal behaviour of high-profile men accused of sexual harassment as a kind of reverse great-man theory of history – the disgraceful-man theory of predation. When accusations of assault or harassment cases make headlines, it's often because there's a powerful man at the centre – Roger Ailes, Bill Cosby, Bill O'Reilly, and now Harvey Weinstein.

But looking at this strictly as a problem perpetrated by individuals does not acknowledge that workplace harassment of women is a failure of culture and power structures, and it's ongoing. You can pull one weed and the whole garden will still be rank.

Yes, Mr. Weinstein was the one allegedly in the bathrobe offering movie roles in return for forced sexual encounters, according to multiple reports in The New York Times, The New Yorker and beyond. But he was encouraged, camouflaged and protected by an entire system that is inherently hostile to women's autonomy and ambition. As Ronan Farrow wrote in his New Yorker exposé about Mr. Weinstein: "Sixteen former and current executives and assistants at Weinstein's companies told me that they witnessed or had knowledge of unwanted sexual advances and touching at events associated with Weinstein films and in the workplace." And yet, for years, silence.

Oh, but Hollywood has always been a cesspool, right? Well, let's look closer to home. In May, a class-action lawsuit was settled against the RCMP after hundreds of women who worked in the force came forward with allegations of widespread harassment covering 40 years. Many of the women were deeply traumatized and had their lives ruined by unwanted sexual contact aimed at them by their co-workers or superiors. These were not incidents isolated to one bad dude.

As former RCMP commissioner Bob Paulson said in a public apology last October, "many women have suffered careers scarred by gender and sexual discrimination, bullying and harassment. … Others courageously tried to make themselves heard by management only to find they were denied movement and opportunity or judged adversely and punished within the RCMP for their efforts."

Okay, so Hollywood and the RCMP, too. Wait, what about the Canadian Armed Forces? A class-action lawsuit is currently being prepared on behalf of women who served in the Forces and allege they were subject to sexual harassment or mistreatment. The 2015 Deschamps report into sexual misconduct in the military documented degrading treatment of women, both verbal and physical, culminating at the "extreme end" in sexual assault: "Such conduct creates an environment that is hostile to women and LGTBQ members, and is conducive to more serious incidents of sexual harassment and assault."

Okay, so that's Hollywood, the RCMP and the military. What about sports? Last year there was an independent report into the culture of harassment at the Canadian Olympic Committee under the presidency of Marcel Aubut, who resigned after complaints against him in 2015. More than 100 COC staff were interviewed for the report, which concluded: "A majority of COC staff interviewed reported experiencing or witnessing harassment (both sexual and personal) during the president's tenure, both inside and outside of the COC's offices." Some of the allegations dated back to 2008.

(Let me take a break here to refer to an Angus Reid poll taken in 2014, in which 43 per cent of female respondents reported experiencing sexual harassment at work. Harassment is widely considered an underreported problem, which is staggering when you think of how much is reported.)

Okay, so that's Hollywood, the RCMP, the Armed Forces and sports, but what about tech? Digital culture is full of young, woke men, right? Hmmm. It might have been possible to believe that before the past year's deluge of stories about women's experiences of harassment in Silicon Valley, which has led to lawsuits as well as the departure of prominent CEOs in tech, startups and venture capital.

What's worse, as the San Jose Mercury News pointed out in its excellent coverage of harassment in Silicon Valley, the cliquey, insular and competitive culture actively discourages women from coming forward. "Some lawyers say Bay Area companies also are using non-disparagement clauses to gag employees who experience harassment," the Mercury News reported in July. "Add that to the reluctance of many women to speak up for fear of reprisals, and experts say the vast majority of sexual harassment stays in the shadows – making meaningful change difficult."

So, yes, blame these men for their reprehensible behaviour, but save some anger for the power structures that hide and support and protect them along the way. 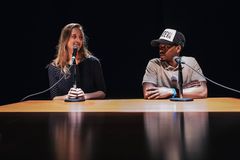 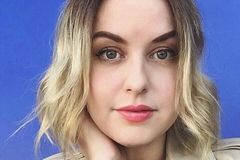 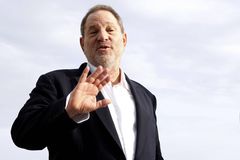