Ghislain Picard is national chief of the Assembly of First Nations.

The first deadline for reporting under the federal government's First Nations Financial Transparency Act has recently passed and, predictably, media and conservative commentators are seizing on a small handful of outliers at the high end of the salary range to howl about perceived accountability problems. While this is to be expected – it makes for good headlines – it is a disservice to the general public and frankly irresponsible.

There are more than 3,000 elected First Nations officials in Canada, earning an average annual salary, according to a 2010 analysis, of $36,845. We are seeing no headlines about the Chief of Tyendinaga in Ontario making $33,930 a year or the three councillors for Siska First Nation in B.C. taking home an average of just over $6,000 or the Samahquam First Nation Chief in B.C. receiving $4,400 and on and on.

Unfortunately, whenever context is provided First Nations are accused of trying to sidestep the problem. But context is important because most Canadians get their information about First Nations from the media. If all they're exposed to are the exceptions, then they become the rule in the public mind. Where there are issues, let's deal with them, but let's not exaggerate or misrepresent the problem.

Chiefs and councillors in First Nations communities have difficult, complex and time-consuming jobs. They serve as leader, community planner, economist, personal counsellor, proposal writer, form filler and troubleshooter. It's long hours with no guarantee of a job come election time and no pension plan. We invite anyone to shadow a chief through a typical day to witness the demands of the job.

The task of our elected officials is made more onerous by federal red tape. First Nations file more than 160 financial reports a year, yet the Auditor-General has found that these reports are essentially useless. They do not assess the results of spending on federal programs or initiatives, or answer basic questions like: "Is this program actually helping the community?"

The AFN was well ahead of government on this issue. In 2005, the AFN spearheaded an "Accountability for Results" initiative with the Government of Canada – the Treasury Board, Indian Affairs and the Auditor-General – aimed at establishing greater transparency and accountability in relationships between First Nations governments and their citizens, and those with Canada. This initiative was making tremendous progress … until it was killed by a newly elected Conservative government. Had it been allowed to progress, we would already have an accountability regime in place.

The real problem is the inability of the federal government, particularly Aboriginal Affairs, to account for its own spending or the results of that spending. This department spends more than $8-billion every year. The fallacy that this is neatly and efficiently divided up among First Nations – who then mismanage or misspend it – is a misconception that many in government seem willing to let stand. The reality is that a bloated, inefficient and unaccountable bureaucracy is the source of the problem.

Don't take our word for it. Read the reports by successive auditors-general. The federal government knows as much. It recently released its own "report card" on the performance of Aboriginal Affairs – and they released it very quietly. This is not surprising, as it's a report card you'd be embarrassed to show your parents, but interesting from a government that lectures First Nations about transparency.

First Nations want to tackle the real accountability issue and get a more transparent and responsible approach in place for all our benefit. Now that the government has imposed its flawed and limited legislation, perhaps we can move on to a more comprehensive approach.

And if there's one potential positive outcome of this legislation, now that the government has imposed it, we assume they will no longer have an excuse to continue their chronic underfunding of vital First Nations programs and services in areas such as education, housing, infrastructure and others. We look forward to that conversation as well.

Opinion
Why the First Nations transparency act is an insult to my people
August 7, 2014 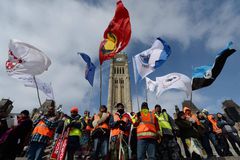 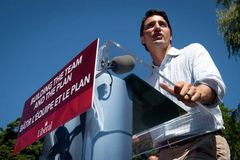