Every year it says more or less the same thing – with slightly higher totals because health spending rises inexorably – but it is, nonetheless, an essential policy document.

You can't talk about health care without talking about money, and the CIHI report is rife with dollar signs.

In 2017, total health spending will hit almost one-quarter of a trillion dollars – $242-billion to be more precise.

More important, there is a breakdown of spending by category that, when displayed in a classic pie chart, sums up, in a single image, how Canada spends its health dollars:

When you peruse that list and ponder the numbers, a few things jump out.

First of all, the Big Three – hospitals, physicians and drugs – gobble up more than 60 per cent of total spending, and they have since we started compiling national health data in Canada in 1975.

That is a sharp reminder that, despite all the talk about the importance of community care and the need for care to be delivered by multidisciplinary teams, we have a hospital-centric, physician-driven health system.

Clearly, Canadians also like their drugs, and that line item is so important and rapidly evolving that it merits its own report, "Drug Spending in Canada."

When you look at the numbers as if they were the budget for a large corporation, you also quickly realize that we grossly under-invest in research.

Successful health-care companies in the private sector spend about 20 per cent of revenue on R&D; by contrast, the 1.5 per cent the public system spends is laughable. It's no wonder there is so little innovation.

One of the numbers that most often surprises people is administration costs of 2.5 per cent. The catch there is that is only the cost of ministries of health and related bodies such as regional health authorities and local health-integration networks.

We don't actually know how much we spend on administration, because it is hidden in places like hospital spending.

Nor do we know the cost of labour – though it is estimated that labour is the single biggest expense, accounting for as much as 60 per cent of total spending.

That is not necessarily inappropriate; after all, health care should be a hands-on business. But we should certainly have a better idea of how much we spend on nurses, physician assistants, personal support workers, laboratory technologists and technicians and so on.

In fact, when you start poking around the edges of the data, you begin to realize that there is a whole lot we don't know.

Consider, for example, that the federal government has identified two of its top priorities to be home care and mental-health care; in the health accords it signed with provinces, Ottawa pledged to invest an additional $11-billion for those two areas.

But how much do we spend on home care now? The best guesstimate is around $10-billion, but it doesn't have its own line item because home care funds are often channelled through institutions such as hospitals.

Similarly, how much do we spend on mental health? Again, those data are hidden (though not deliberately) in hospital and physician budgets.

CIHI does an excellent job of collecting data, and publishing them in a comprehensible, digestible manner.

Its "National Health Expenditures" report is a mainstay, and it's important to have comparable data from year to year.

But the health-spending pie can be cut in different ways, and doing so can give us important insight and perspective.

CIHI's political masters should be a little more inquisitive and imaginative, not contenting themselves with knowing how health dollars were spent, but using data to inform and drive reform.

As the saying goes: If you don't count it, it doesn't count. 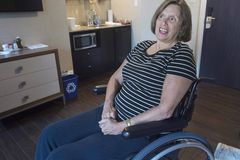 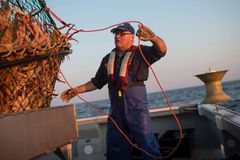