Ratna Omidvar is an independent senator for Ontario, and distinguished visiting professor at the Global Diversity Exchange, Ryerson University.

In the year since the death of Alan Kurdi brought the plight of Syrian refugees into the world spotlight, we have seen an outpouring of public support. More than 30,000 Syrians have found new homes in Canada, more than 10,000 of those through private sponsorship. Hundreds of thousands have migrated to Europe. And yet, efforts of the global community do not come close to addressing the crisis.

Millions of Syrians still reside in temporary camps. They are not the only displaced group, as conflict, poverty and natural disasters in Africa and Central Asia have led to a record large movement of refugees and migrants worldwide. It is a humanitarian crisis of historic proportions, compounded by a global governance model that is fundamentally broken. Our approach uses the same infrastructure for resettling European refugees of the Second World War.

Related: Migrant smuggling is a $6-billion business and it's getting worse

Read more: Refugee deaths at sea are wake-up call for Europe that crisis is getting worse

On Sept. 19, the United Nations convenes a summit on refugees and migrants in New York, aimed at co-ordinating an international response to the crisis. It will be followed by a leaders' summit on refugees co-hosted by U.S. President Barack Obama and Prime Minister Justin Trudeau.

It is an opportunity for leadership on resettlement and relief solutions. Asking the right questions is an important part of getting there.

First, what do we mean when we talk about "refugees"? As defined by law from the 1950s, people must be outside their home country before they count as refugees. This fails to take into account more than 40 million internally displaced persons around the world who are within national borders but cannot return home. This includes millions of Syrians, and millions more in Iraq, Colombia and sub-Saharan Africa. Other migrants outside their home countries may similarly lack the refugee label but fit the profile of needing humanitarian resettlement. How should our new times inform new language, if not new law?

Refugee camps are built on the assumption of near-term repatriation, but instead become enduring homes, many of which fail to enable dignified living. Even those that manage minimum conditions of security and health, such as some well-run camps in Greece, can be unbearable places of limbo that squander the potential of residents. How do we move toward a sustainable model of resettlement that enables long-term social and economic integration?

Countries hosting the largest numbers of refugees are those closest to crises, such as Turkey, Lebanon, Pakistan and Ethiopia. They pay political and financial costs. When limited government resources are stretched even thinner, living conditions worsen for both host communities and newcomers. How do countries such as Canada, separated by luck of geography, share the responsibility that currently falls on such neighbouring countries?

There are other vexing issues. Visa and airline policies induce refugees to forgo safe commercial flights and instead risk dangerous boat crossings on the Mediterranean. Inconsistent policies and attitudes within Europe toward refugees have led to "asylum shopping." People go where they can find welcome and opportunity (mostly to Germany and Scandinavia.) And restrictions on legal employment of migrants leave refugee communities economically isolated, and thus more vulnerable to traffickers and other exploitation.

How do we enable safe, legal pathways to meet the mobility demand? How do we enable refugees to be productive, contributing members of their new communities upon arrival?

Against this backdrop of issues, UN Refugee Agency chief Filippo Grandi said, a "spirit of unity … badly needs to prevail." He is right when it comes to shared principles and action. But the world just as badly needs independent leadership from positive disruptors like Germany, which opened its doors to millions, and Canada, which gives its citizens a uniquely active role in resettlement through private sponsorship. What innovations from countries like Germany and Canada can be replicated by others? How can we enable new leaders and untested models to emerge?

Questions only take us so far. Summits are useful when they move us to question, but they are successful when they drive us to action.

Opinion
Canadians are poised to take in more Syrians. Let’s do it
September 18, 2016 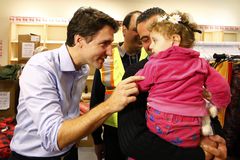 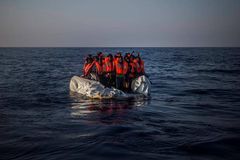