The monument wars have gone viral. They started as a repudiation of white supremacy, as people began to protest all those statues to heroes of the U.S. Confederacy. But now, nobody is safe.

Next in line is Christopher Columbus, the heroic explorer of my childhood, who sailed the ocean blue and opened the west to conquest, disease and genocide. "The historical figure of Columbus is complicated, to say the least," New York mayor Bill de Blasio has declared. The mayor has announced a task force to examine troublesome statuary in the city, including the landmark monument to Columbus at Columbus Circle. "We're going to look at all statues and monuments that in any way may suggest hate or division or racism, anti-Semitism – any kind of message that is against the values of New York City," he said.

In Canada, a teachers' union's call to strip the name of Sir John A. Macdonald from innocent school buildings – because he was allegedly an "architect of genocide against Indigenous peoples" – has been met with widespread derision. Even so, efforts to demonize the heroes of the past are running rampant. Prime Minister Justin Trudeau himself declared that the name of Ottawa's Langevin Block is offensive because the man it was named for, Sir Hector-Louis Langevin, was connected to the residential-schools movement. The building will henceforth be known as the Office of the Prime Minister and Privy Council, a name that is certain to offend no one.

Opinion: Sir John A. doesn't need a school to be remembered. He lives on in Indigenous pain

Read more: Debate escalates over legacy of John A. Macdonald in Ontario schools

(It would certainly be impolite to note that Mr. Trudeau's dad, Pierre, was also a firm believer in Indigenous assimilation.)

The virtuous vigilantes of the left are out to vilify all dead white males who were tainted by the common attitudes and beliefs of their time. In the United States, the revisionist frenzy has spread to Andrew Jackson (owned slaves, forced native people off their land), former Philadelphia mayor Frank Rizzo (a law-and-order guy who was allegedly anti-black) and Boston's historic Faneuil Hall (named after someone who owned slaves). In Britain, even Lord Nelson has come under fire for being a white supremacist. So much for Trafalgar Square.

Some of this revisionism is healthy. Most is not. The monument wars are also alienating millions of ordinary citizens who think history should be left alone and don't want to see their statues trampled and torn down.

Does this mean that vast numbers of Americans are racist and that white supremacy is on the rise? That's what you'd be tempted to conclude from the fevered media coverage of the recent events in Charlottesville, Va. That's what many Canadians fervently believe. We love to think that the United States is awash in backwoods rednecks whose darkest impulses President Donald Trump has summoned to the surface.

Sadly, it isn't true. A joint Washington Post/ABC poll found that overwhelming majorities of Americans across party lines say it's unacceptable to hold neo-Nazi or white-supremacist views. Only 9 per cent say such views are acceptable. Only 28 per cent of Americans approved of Mr. Trump's response to the Charlottesville riots, when he blamed "both sides" for the violence. His equivocal response was loudly condemned by Republican leaders and business leaders alike.

In spite of the disgusting events at Charlottesville, there's no reason to believe that the United States is any more racist than it was when neo-Nazis won the right to march through a Jewish neighbourhood in 1977. On the contrary. There's every reason to believe that racism, while by no means extinct, is in steep decline. The neo-Nazis and the KKK are a lunatic fringe who influence virtually no one.

Personally, I'm more disturbed by the growing movement on the left that sees symbols of oppression in every public monument and racists under every bed. I agree with the civil-rights leader Andrew Young, who told The New York Times that battles over symbols make more enemies than friends. We need to work to build a better future and stop wasting time tearing down the past. 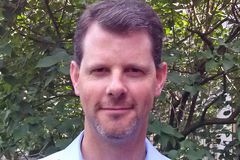 Opinion
Sir John A. doesn't need a school to be remembered. He lives on in Indigenous pain
August 26, 2017 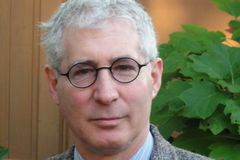 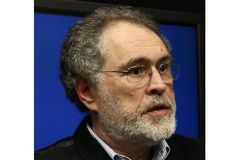 Globe editorial: In the U.S. South, the difference between remembering the past and honouring it
August 21, 2017 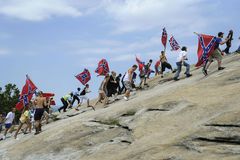 Opinion
Langevin, Ryerson, Cornwallis: Is our past unfit for the present?
July 15, 2017
Opinion
Renaming Langevin Block isn’t rewriting history – it’s unearthing it
June 22, 2017
Follow us on Twitter @globedebate Opens in a new window
Report an error Editorial code of conduct
Due to technical reasons, we have temporarily removed commenting from our articles. We hope to have this fixed soon. Thank you for your patience. If you are looking to give feedback on our new site, please send it along to feedback@globeandmail.com. If you want to write a letter to the editor, please forward to letters@globeandmail.com.
Comments