To many, especially those outside Quebec, Jacques Parizeau was the premier who angrily attributed to "money and the ethnic vote" the razor-thin defeat of the Yes camp in the 1995 referendum on Quebec sovereignty. That incident damaged his reputation – even rank-and-file sovereigntists were appalled by his attack on minorities – and led to his resignation from active politics.

But it would be greatly unfair to let that outburst define the man. Mr. Parizeau, who died Monday night at the age of 84, was arguably the most important political figure of modern Quebec. As economic adviser to the Jean Lesage government in the early 1960s, he was the major architect of the Quiet Revolution – the complete modernization of a province that had long been under the wing of the Catholic church and small-town politicians.

As a major figure of the Parti Québécois, Mr. Parizeau was the only true independentist of all the PQ leaders. He was much more committed to independence than were René Lévesque or Lucien Bouchard, who couldn't envision sovereignty without a close association with Canada and who would have been relatively satisfied with a deal that would have granted to the province more autonomy and a special status within the Canadian federation.

Contrary to some sovereigntists, Mr. Parizeau never succumbed to the debilitating ideology of victimization. He never rehashed historical grievances. He projected his own self-assurance on Quebec, which he saw as a society strong enough to become a successful sovereign country.

He was a man of reason and passion. His only match on the Canadian political scene was Pierre Elliott Trudeau. The only difference between us, Mr. Parizeau once quipped, is that we don't refer to the same capital city.

Both men were well-read and intensely cosmopolitan, both attended the London School of Economics. Mr. Parizeau, like Mr. Trudeau, spoke perfect English, albeit with an elegant hint of a British accent, in keeping with his three-piece suits. Both were Keynesians in favour of state intervention. Both were born to affluent, well-connected Montreal families; in 1940, Mr. Parizeau's mother, Germaine Biron, fought alongside (future senator) Thérèse Casgrain to obtain for women the right to vote in provincial elections.

Both men had sharp, clear, logical minds shaped by the French tradition of Cartesianism. In the 1980 referendum, Mr. Parizeau wanted a clear and direct question but was overridden by Mr. Lévesque, who opted for an ambiguous, reassuring one. In 1995, Mr. Parizeau, as premier, was in command, but he faced low public support for sovereignty and reluctantly opted for a cautious strategy and a promise of a partnership with Canada. At mid-campaign, he sacrificed his personal pride, which was immense, for the cause: He let Mr. Bouchard, who was much more popular, take first seat in the referendum campaign as the future "negotiator-in-chief" – knowing full well that after a Yes vote, Mr. Parizeau would, as premier, regain control of the agenda. But his dream collapsed brutally.

Jacques Parizeau was a grand bourgeois (no one among his staff dared address Monsieur with the familiar tu form) but he fought all his life for social programs and had a simple lifestyle. After his retirement, he bought a vineyard in southern France. He would rent a room in a modest bed and breakfast, and spend his days happily toiling on his vines, watching them grow as a testimony to the future.

He continued to take part in public affairs, occasionally chiding his former troops for losing steam in the fight for independence. Until his last breath, he believed that his beloved Quebec would one day become an independent country. 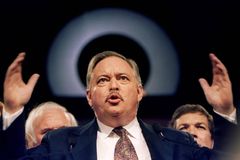 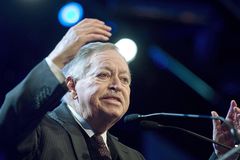