Collectively, we have nearly 10 decades of experience in the area of corrections and conditional release. There are many issues we have disagreed over, but we are united in our concerns with the direction of the Harper government's "tough on crime" agenda.

In a country that prides itself on fairness, compassion and the pursuit of equality, why do we accept the idea that community safety will be enhanced through increased incarceration?

At both the federal and provincial levels, Canadian jails are overcrowded. It is becoming common to see double- and triple-bunking of inmates in cells designed for one. This overcrowding limits access to already scarce rehabilitative programming and increases the incidence of institutional violence. The fastest-growing portions of the inmate population continue to be those most marginalized within our society: the mentally ill, women and aboriginals. Decades of reports have detailed our correctional systems' failure to reasonably address the needs of these offenders and limit their numbers.

Bill C-10, the Safe Streets and Communities Act, which is before the Senate, will significantly increase the prison population. The Canadian Bar Association, summarizing its testimony before the House of Commons standing committee on justice and human rights, stated that the bill "will require new prisons; mandate incarceration for minor, non-violent offences; justify poor treatment of inmates and make their reintegration into society more difficult." These results are inconsistent with our collective concepts of fairness, compassion and equality. In addition, no evidence is provided to support the bill's objectives.

Meantime, the message from other jurisdictions that have pursued increased incarceration as a solution to safer communities is clear.

In an editorial on Dec. 6, 2010, The New York Times stated: "There is almost unanimous condemnation of California-style mass incarceration, which has led to no reduction in serious crime and has turned many inmates into habitual criminals. America's prison system is now studied largely because of its failure – the result of an expensive approach to criminal justice shaped by fear-driven ideology."

The same month, The Guardian led with a report on British Justice Secretary Kenneth Clarke's efforts to restore judicial discretion in sentencing. Aiming to reverse nearly 20 years of punitive criminal justice culture, the report said, Mr. Clarke "signalled that he would sweep away aspects of the statutory sentencing framework in England and Wales that 'unhelpfully fetters' the ability of judges to make the sentence fit the crime."

Our collective experience and decades of research tell us that increased rates of incarceration neither decrease crime nor act as a deterrent to it. Safer communities and effective crime prevention are achieved through the development of integrated systems with both the flexibility and resources required to respond to individuals in a timely fashion. As a society, we must be prepared to actively support and finance early intervention strategies for youth; a judicial process with options to ensure that incarceration is a last resort; a community mental-health system that keeps the ill out of jail; a prison service that addresses individual offenders' problems rather than acting as a human warehouse; and conditional-release programming that supports timely, safe community reintegration.

Our focus and our resources should be directed toward keeping people out of jail, not in it. The financial cost of implementing effective, integrated systems pales in comparison to the billions it costs to build and operate new prisons.

The fiscal and human costs of the path we are on, in pursuit of safer communities, are far too high and will not be easily reversed. Sober second thought is desperately needed. We call on the Senate to ensure that our justice policies promote a fair and effective corrections and conditional-release system that will actually make Canada safer.

John Edwards is former commissioner of Correctional Service Canada. Willie Gibbs is former chair of the Parole Board of Canada. Ed McIsaac is former executive director of the Office of the Correctional Investigator.

Opinion
Scary are the Tory measures to combat crime
September 24, 2011 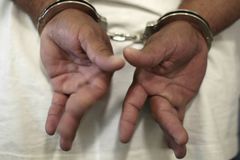