It was almost exactly 70 years ago, on Nov. 29, 1947, that the nations of the world agreed to draw a line in the sand. Still reeling from the industrial slaughter of six million European Jews and by months of violence in the south Mediterranean, a majority of countries at the United Nations General Assembly voted to accept UN Resolution 181(II), which ended British control of the Holy Lands and authorized a plan to create the twin, economically linked states of Palestine and Israel, as well the independent, shared territory of Jerusalem.

Most of the plan, which was chosen over an alternative plan for a single federal state after the Canadian delegate lobbied hard for two states, proved disastrous and unworkable. Arab leaders refused to recognize the borders, and Zionist leaders declined to promise to stay within the lines when they declared the birth of Israel on May 14, 1948. The next day, Arab countries attacked the newborn state in a two-year war, whose 1949 armistice altered the internationally agreed-upon borders. The expulsion of Arabs, the continued intransigence of neighbouring states, and the subsequent wars and political calamities, would prevent the state of Palestine from being widely recognized and cause Israel's self-declared borders to expand beyond their recognized bounds – although the 1947 UN resolution remains the recognized international legal basis for Israel's existence.

However, one aspect of that 70-year-old plan has maintained the consensus of the world. Jerusalem's status as a shared city, part of both Israel and of the putative state of Palestine but not a recognized capital of either political entity (at least until the puzzle of 1947 is resolved in a peace agreement), has continued to be recognized by the countries and institutions of the world almost without exception, at least until this week.

This is partly related to the unique role of Jerusalem in the region – and partly to the city's absolutely crucial role in any pathway that could lead to stability, peace and normalization of relations for Israel. The UN Partition Plan for Palestine made those reasons clear, and they have changed little in seven decades since. Jerusalem, it declared, must remain shared "to protect and to preserve the unique spiritual and religious interests located in the city of the three great monotheistic faiths throughout the world, Christian, Jewish and Muslim; to this end to ensure that order and peace, and especially religious peace, reign in Jerusalem … to encourage and support the peaceful development of the mutual relations between the two Palestinian peoples [Jews and Muslims] throughout the Holy Land."

U.S. President Donald Trump's move this week to recognize Jerusalem as Israel's capital, and his pledge to move, some day, the U.S. embassy from the internationally recognized de facto capital of Tel Aviv to Jerusalem, was on a basic level one of his easier campaign promises to keep. The United States, like most countries, probably has as many diplomatic staff and buildings in Jerusalem as it does in Tel Aviv. The move will please both Mr. Trump's evangelical Christian base and Israeli Prime Minister Benjamin Netanyahu, neither of whom have wavered in their support for Mr. Trump.

Yet, the move offers no tangible benefit to any party – not to Mr. Trump, not to Palestinians and not to Israel, whose prospects for peace and prosperity will be harmed by this symbolic gesture.

The reason why the embassy move was opposed by every significant nation, by every cogent political leader of any ideology, by the majority of U.S. Jews and, reportedly, by Mr. Trump's own Secretary of State, Defence Secretary and CIA chief, is because it puts a more or less permanent end to the two-state solution as an eventual conclusion to any workable peace process. Jerusalem was the most valuable bargaining chip – the promise of its normalization and partition persuaded Palestinians to recognize Israel and Israelis to negotiate stable and legal borders and an end to illegal settlements. Mr. Trump has now cashed in that chip in exchange for no concession at all from either party.

"If anything," writes the Israeli philosopher Oded Na'aman, "the situation today is a mirror image of the situation in 1947. To declare Jerusalem Israel's capital is to effectively deny Palestinian hope of political independence."

It means, unless it is reversed, that Israelis will face the disheartening prospect of either a single, awkward state in which Jews are the minority, or another generation-long continuation of the violent, unstable, unjust and unsustainable world in which the dream of 1947 perpetually remains half-finished. 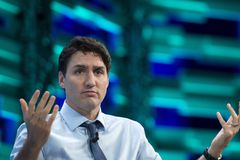 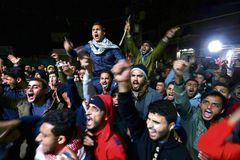