Former Vancouver Olympic chief executive officer John Furlong could be forgiven if he thought the ugly ordeal he endured during the past few years was behind him.

But clearly it is not. And if some people get their way, it will never be.

As most know, Mr. Furlong in 2012 was the subject of devastating allegations that he had sexually and physically abused aboriginal children at a school in northern British Columbia where he taught in the early 1970s. He vigorously denied all of the assertions.

Three people filed civil lawsuits claiming Mr. Furlong sexually abused them. Two of the three cases were quickly dismissed; the other was dropped. The author of the article that first laid bare many of the charges of abuse, Laura Robinson, sued Mr. Furlong for defamation after he claimed her story amounted to a pack of lies.

(Mr. Furlong dropped a defamation suit against Ms. Robinson after the civil lawsuits failed, saying he just wanted to get on with his life. She persisted with hers.)

B.C. Supreme Court Justice Catherine Wedge, one of the most respected jurists in the province, heard the libel case. Her judgment in September, 2015, clearing Mr. Furlong of any slander was a devastating critique not only of Ms. Robinson's work, but many of the claims made against the former Olympic CEO.

With that, most people thought the matter was over, that Mr. Furlong would be able to get on with repairing his battered image and restart the successful career he had forged as a public speaker before it crashed amid the tawdry contentions against him. It was not to be.

(I should disclose here that I was hired in 2010 to write Mr. Furlong's Olympic memoir, Patriot Hearts. In the process, I got to know the man well and never believed any of the allegations made against him.)

Late last year, Mr. Furlong was asked to speak at an upcoming sports-fundraising breakfast at the University of British Columbia. That is until a former student and sexual assault activist named Glynnis Kirchmeier found out and complained that by doing so, the school was accepting Mr. Furlong's word over his First Nations indicters.

She suggested in a letter to the school that Mr. Furlong's "lack of criminal history" reflected "the racist exclusion of First Nations people from the protection of the RCMP and legal system."

This, by any definition, is an outrage. The RCMP and the courts have investigated the most outrageous allegations against Mr. Furlong and summarily rejected them. Allegations of abuse were not brought to police at the time, nor were any civil claims filed. There is little more Mr. Furlong could now do to clear his name.

Still, that is not enough.

The campaign against him has the palpable feel of a vendetta, and UBC should be ashamed of itself for participating in it. This decision shows UBC is a school with little moral spine, an intellectual wimp that is captive to moral arbiters who get their jollies from shutting things down.

I get that there are people who will always believe Mr. Furlong's complainants. And I understand some people have a lot invested in trying to bring him down, no matter how long it takes. But we operate under a code of law in this country. And in terms of the allegations that have made it to court against Mr. Furlong, the law has spoken loudly and clearly.

UBC's handling of this issue – like so many of the messes that have enveloped the school in the past few years – has been atrocious. On Tuesday, the university's new president, Santa Ono, clearly feeling the heat from a seething public, said in a statement the decision was made without his knowledge and that he had apologized to Mr. Furlong personally.

However, the school has no plans to reverse its decision. Mr. Furlong remains disinvited.

I can assure you this will not sit well with many UBC alumni, including important donors. They, like many, believe John Furlong won the right to get on with his life and escape the tyranny of his accusers and their acolytes.

Instead, UBC played right into their hands. 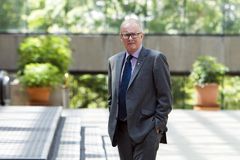 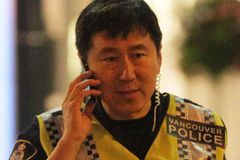