John Tory is a moderate, even-handed politician who likes to steer a middle course. Since becoming mayor in 2014, he has tried to avoid taking sides in the polarized debate over whether the car or the pedestrian should have priority on the streets of Toronto.

Soon after taking office he started a campaign to penalize inconsiderate drivers who stop in the curb lane at rush hour to pick up their dry cleaning or drop off a passenger. He complained about construction projects that close off a lane of traffic for many months while a condo is going up. He pushed to speed up road repairs so that drivers would not have to put up with construction bottlenecks for so long.

At the same time, Mr. Tory posed as a champion of public transit and livable streets. He said that Toronto was decades behind in expanding its mass-transit network. He promoted his SmartTrack "surface subway" project. He made riding transit free for kids. He supported making an experiment with bicycle lanes on Bloor Street permanent. Most recently, he backed the creation of a streetcar transitway on King Street in the heart of downtown even though it restricted automobile traffic and annoyed many business owners, who say it is keeping customers away.

Often the mayor's middle path seems sensible and balanced. Wanting to make traffic flow more smoothly doesn't make him a car-loving throwback. Nor does wanting a heavily used transit service like the King streetcar to move at more than a walk make him an enemy of the car, the label that his former rival Doug Ford tried to hang on him.

Sometimes, though, his attempt to straddle the two poles of the street wars leaves him in an awkward position. Consider his stand on a proposal to redesign a stretch of Yonge Street in North York Centre.

This is one of the city's main hubs, second only to the downtown core in its scale and growth rate. Yet its main thoroughfare, Yonge, is outmoded and rundown, with crumbling asphalt and inadequate sidewalks. It badly needs a redo.

After detailed study and wide consultation with businesses and residents, city staff have come up with a bold $51-million plan to transform the street from Sheppard Avenue to just north of Finch. It would add bicycle lanes, reduce the number of traffic lanes to four from six, put in a landscaped median, improve pedestrian crossings and widen sidewalks. The aim is to bring a more human scale to a busy, car-dominated stretch of Yonge. With thousands coming to the area to live and work, it is just what the doctor ordered – a 21st-century reno for a tired 20th-century street.

Mysteriously – or, then again, perhaps not so much – Mr. Tory is against it. He favours a more expensive alternative that would put the bike lanes on a parallel street and keep six lanes of traffic on Yonge. Maybe he is thinking of this year's election, in which car-dependent voters in the suburbs will play an important part. Maybe he sincerely believes that narrowing Yonge would be bad for traffic, though a staff report estimates it would add only a minute or two to driving times.

Whatever the reason, the mayor is wrong. Leaving in place what is in essence a six-lane highway – as wide as the Don Valley Parkway – would ruin any attempt to improve the street. That is why a local city councillor, John Filion, strongly backs the redesign. That is why a group of environmental and road-safety groups implored Mr. Tory this week to change his mind.

Balance is all well and good, but in the end Toronto, and Mr. Tory, need to make a decision. Is the city aiming to end the tyranny of the automobile and make its streets safer, more walkable and more pleasant, as major cities from London to New York are striving to do? The answer should be obvious. Mr. Tory can't have it both ways forever. 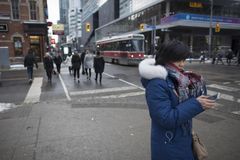 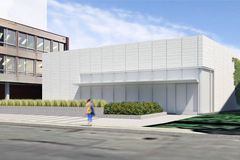 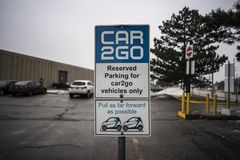