Carissima Mathen is associate professor of law at the University of Ottawa, and head of its Public Law Group.

Lately there has been a lot of froth and fury about judicial activism. For those not familiar with the term, "judicial activism" is a label applied to courts, most often when they strike down legislation. For some, the Supreme Court's decision in February that the criminal offence of assisted suicide is unconstitutional is the pinnacle of such activism. For making that ruling, the Court has been called everything from the greatest threat to our democracy to a drag on the Canadian economy.

Reasonable people can disagree about particular court decision. No court is above criticism. Too often, though, judicial activism provides a convenient and seemingly neutral platform from which to issue sharply ideological critiques.

Judicial activism is a misleading term to the extent that it implies that courts merrily embark on legal frolics. Courts do not initiate legal proceedings. Their authority is invoked, either by parties who seek a legal remedy or, occasionally, by governments who seek answers to legal questions. Of course, the fact that courts do not go looking for cases does not lessen their duty to render decisions in a transparent and reasonably rigorous manner. But our system imposes far more constraining factors on courts than empowering ones.

So, when a court appears to go out of its way to invite controversy, we're entitled to take notice. That is exactly what happened in Montreal when a judge refused to hear a case involving Rania El-Alloul, a Muslim woman who wears a headscarf. Judge Eliana Marengo cited Article 13 of the Quebec Rules of Court, which requires any person appearing before the court to be "suitably dressed". Noting that she would be similarly disapproving of sunglasses and hats, Judge Marengo told Ms. El-Alloul to either remove the hijab or consult a lawyer. When Ms. El-Alloul declined – because removing the hijab would violate her religious beliefs, and she could not afford a lawyer – the judge adjourned her case indefinitely.

Let us assume that Judge Marengo's ruling was not a knee-jerk reaction to a form of Muslim dress, but a sincere decision about the incompatibility of religious symbols with court decorum. The implications are staggering. Does the judge really mean to bar from her court all persons wearing religious dress such as turbans, skullcaps or nun's habits. Will she refuse to hear their cases? Such a situation would not only be intolerable – it would, surely, be legitimate grounds for removal from judicial office.

Judges exert a tremendous level of control and discretion over how they run their courtrooms. They are accorded great deference in this regard. Judges must always been seen to be independent, not only of the state, but even of their own immediate superiors. The fierce protection of judicial independence may explain the cautious reaction to the controversy by the Quebec court and by political leaders. The court said that Judge Marengo's ruling would stand, noting that it could not allow public pressure to sway a decision. And while he was admitted to being "disturbed", Premier Philippe Couillard noted a need to be "very careful".

For very good reasons, it is not possible to sue a judge for her decisions. But no intelligible legal system can allow the result reached in Ms. El-Alloul's case to stand. To leave a person without a judicial remedy, because of her religious belief, makes a mockery of the rule of law and brings the administration of justice into disrepute. Judge Marengo's ruling is the real face of judicial activism, a frightening world in which judges position themselves above the law and the principles they are entrusted to uphold. If the judicial community does not impose sufficient sanctions, then society should not shrink from the ultimate, if rarely imposed, remedy: impeachment. 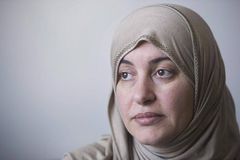 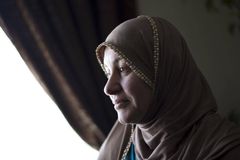