I know some of you may be feeling overwhelmed right now. It's November which, as Emily Dickinson said, "always seemed to me the Norway of the year" – a chilly month of emotional lutefisk and spiritual fjord cartography, if ever there were one.

Christmas is 'round the corner, with all its chores and trials, and I know most of you haven't even cleaned the eavestroughs yet. Exam time looms for some, taxes after that, and so I'd like to offer you some perspective, weary Canada.

Justice Camp, for those of you too busy to read the news last week and those of you recently time-travelled in from a bygone era – a thing the news last week suggests is possible – is the judge who, while still serving on the provincial bench in Alberta last year, asked an alleged sexual-assault victim why she "couldn't just keep [her] knees together."

The judge has apologized and, according to a Federal Court statement, will "undertake a program of gender sensitivity," after which, his performance in court suggests, he may want to go to law school.

Beyond a series of mind-blowingly ignorant remarks made during a trial in which he repeatedly referred to the alleged sexual-assault victim as "the accused," as in "the accused hasn't explained why she allowed the sex to happen if she didn't want it" (pro tip: it's a sexual-assault trial – she says she had no choice), Justice Camp appears to believe his job is to apply his own gut feeling, and not the law, to a case.

This alone ought to disqualify him from hearing any cases, not just the sexual-assault cases from which he's currently being kept while his behaviour during this particular trial undergoes a review. I doubt anyone would keep an architect on staff who tells a client that "buildings are for stupid-heads, but I baked you some profiteroles because it just felt right."

The complaint against him, filed by four law professors from the University of Calgary and Dalhousie University, alleges that, "at numerous points during the proceeding, Justice Camp was dismissive of, if not contemptuous toward, the substantive law of sexual assault and the rules of evidence." He was, it is alleged, "frequently sarcastic and disrespectful to Crown counsel when she attempted to explain to him how these rules work," and his "articulated disrespect for these legal rules was, in some instances, combined with a refusal to apply them."

He seems to have felt that limits to admitting evidence of the complainant's sexual history "hamstring the defence" unfairly. He mused that, if the alleged victim, a 19-year-old woman whom he repeatedly referred to as "unsavoury," "knew she was drunk … was not an onus on her to be more careful?"

Seemingly believing himself to be the author of a moralizing Victorian novel – scouting the courtroom for any Little Nells he deemed worthy of society's protection – not a judge appointed to apply the law, he opined that "certainly the complainant and the accused are amoral people" and that "the complainant and the accused's morality, their sense of values, leaves a lot to be desired."

"Is there not a possibility that a very unhappy thing happened here? Two young people made love, and somebody came afterwards and poisoned the girl's mind?" he mused in prose better suited to a penny dreadful than a court of law.

A year after this case, Justice Camp was appointed to the Federal Court by then justice minister Peter MacKay, a character who seems determined to work himself into every column I write about anything regrettable that occurs in Canada.

It may be incidental but I swear it's like Alfred Hitchcock walking through the movies he directed. Almost any time I start out thinking, "Hey, this is a mystery, how did things go so terribly wrong?" I somehow end up thinking, "Hey, look, there's Peter MacKay boarding a bus."

"She certainly had the ability, perhaps learnt from her experience on the streets, to tell [him] to fuck off," Justice Camp said, greatly overestimating, I'd warrant, the rapist-repelling power of naughty words uttered by a small woman locked inside a bathroom with a 240-pound man.

Besides, the judge also asked, perhaps conceding that few would-be rapists can be cussed into submission, "Why didn't you just sink your bottom down into the basin so he couldn't penetrate you?"

Now his file, exhausted reader, has just landed on some poor sensitivity trainer's desk. Followed shortly, I imagine, by the trainer's forehead, banging slowly over and over when he gets to the "sex and pain sometimes go together, that – that's not necessarily a bad thing" bit of the court transcript.

So just remember, tired country, as you gaze at those great piles of leaves outside your house, you may have to bag that sopping wet botanical waste and drag those bags to the curb, so your neighbours can deposit packages of dog feces and empty coffee cups in them until pickup day, but it is highly unlikely that you will have to explain to those soggy mounds of foliage why referring to an alleged rape as "misbehaviour" is unacceptable courtroom behaviour for a judge.

On some level, all your garden waste likely already knows this.

This sensitivity training is not your Herculean task. No person entrusted with administering justice who, during a sexual-assault trial, said, "Men do react to challenges and women give challenges ... there's nothing necessarily malign in that ... sex is very often a challenge" will ever come to you, as Justice Camp might, asking: "What did I do wrong?"

Where would one begin to correct the judge's misconceptions and prejudices regarding women and assault? Other than in our body of law that has already attempted to address them – that body of law which a judge is meant to administer, not openly mock, as Justice Camp did during this trial.

Some jobs are just really hard, my good country, and some jobs are like finding a needle in a haystack – and then sticking yourself in the eye with it. 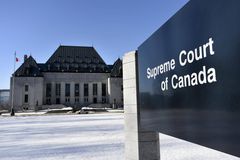 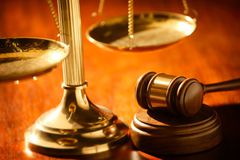 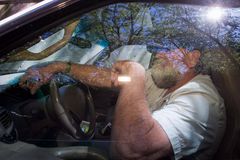