A huge opportunity comes your way, followed immediately by criticism that you don't deserve it. The naysayers discount your past successes, attributing them to luck in landing talented collaborators.

I guess Justin Timberlake has something in common with women of colour after all.

Mr. Timberlake is currently getting dragged for his latest album, Man of the Woods, which is being eviscerated as cheesy and boring by critics. He's also being derided for his performance at the Super Bowl last Sunday. Even before his lacklustre halftime show, the NFL invite was seen as grossly unfair to Janet Jackson, who suffered much more than Mr. Timberlake after their joint performance at the event in 2004. It was a tug by his hand on her shirt that revealed her right breast, but her career plateaued while his soared.

Now, though, Ms. Jackson is enjoying the afterglow of a successful tour while Mr. Timberlake is being sliced by the cutting edge of a cultural revelation that a lot of supposedly spectacular men are in fact not that special. They're not violent or toxic or anything dramatic, just highly mediocre. In fact, let's call them mediocrity hires.

Mediocrity hires such as Mr. Timberlake have found themselves at the receiving end of dismissals that feel familiar to those who have been called "diversity hires" for decades. From setting quotas to increase female participation on boards, to affirmative action programs meant to welcome racialized students into prestigious universities, attempts to disrupt white male homogeneity in spaces of power have been subject to derision and vitriol.

Anyone who isn't a straight white guy has probably heard that their success is due to "political correctness:" perhaps told outright that they're under-skilled and undeserving, receiving unfair advantages because these days, diversity hiring is ruining defenceless organizations.

There has also been much distress over the loss of a precious meritocracy, one that topped every pyramid with someone who deserved to be there. It was an unremarkable coincidence that so much talent and genius was concentrated in so few networks, among people who had the same values and were often physically indistinguishable.

At this moment, though, there's a bit more space to acknowledge that not everyone gets the same chance to hone their merit. There is broader recognition right now that, for example, sexual misconduct has led legions of women to abandon their talents and promise.

The myth that monolithic white maleness is the only path to success is dissolving, if only a little bit. Advance ticket sales for Marvel's Black Panther have topped every superhero movie – ever – and follow a year of female-led hits, including Girls Trip and The Last Jedi.

Suddenly, it seems clear that the proverb about women and people of colour being box-office poison existed to protect mediocre men – such as Mr. Timberlake, who has been paid millions to act in movies that very few ever watch. Or Mark Wahlberg, who was paid 10 times as much as his co-star Michelle Williams for the film All the Money in the World, though she's undeniably a superior actor.

Mediocrity in business and politics is also being scrutinized, including the scourge of "failing upwards," or undeserved promotions. One realization is that while blustery confidence doesn't equate to competence, it often gives men unjustified access to start-up capital, promotions and opportunities.

In 2013, business psychology professor Tomas Chamorro-Premuzic argued in Harvard Business Review that obstacles faced by women are a problem, yes, but only as big a problem as the lack of obstacles faced by what he called "incompetent men." This drags down entire organizations, since too many men in influential positions are poor managers that fail to inspire their teams, leading to underperformance and churn.

These ideas were echoed by a Swedish study published by the London School of Economics last March, in which researchers found that using quotas to increase female participation in governments tended to increase overall competency . This was in part, they found, because mediocre leaders like to surround themselves with mediocre people to reduce competition.

Introducing outsiders to this "cozy arrangement," as they called it, brought smart people to the table and "undercut the dominance of a mediocre elite." That sounds almost as good as better movies and music – seriously, the lyrics on Man of the Woods are really embarrassing.

Rooting out mediocrity hires is good for organizations, governments and society, as well as for people who are offered opportunities that they otherwise might have been denied. It will be harder to accept for guys such as Mr. Timberlake, who have grown used to their mere existence being considered an achievement. 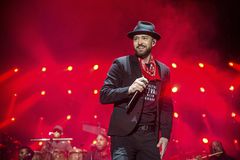