Jennifer Quaid, an assistant professor in the University of Ottawa's Faculty of Law, specializes in organizational liability and regulatory authority.

This week the Transportation Safety Board released its long-awaited investigation report into the catastrophic derailment of a train inside the town centre of Lac-Mégantic, Quebec. Though it is too early to tell if the report will have a positive impact on rail safety measures in this country, the larger picture that emerges from the report shines a harsh light on the current approach to regulation and risk management.

The TSB report is meticulously prepared and comprehensive. Simply looking at the table of contents gives a sense of the range of overlapping and intersecting issues that the Board saw fit to examine in its effort to conduct a thorough investigation. What really grabbed the spotlight was a diagram of an 18-point fan that provides a striking pictorial representation of the factors that the TSB concluded contributed to the disaster at Lac-Mégantic on 6 July 2013.

I use the word disaster with reluctance. Though we all tend to refer to events that go beyond our worst imagination as disasters and tragedies, these terms connote a certain amount of helpless resignation in the face of circumstances that lie outside our control. And that is precisely what the TSB has refuted: Lac-Mégantic was not a freak accident but the materialization of a substantial and foreseeable risk.

Their conclusions tell us in no uncertain terms that it was only a matter of time before the 18 contributing causes would come together. And though much of the responsibility and blame lies with the now-defunct Montreal, Maine and Atlantic Railway, the state of its equipment and its personnel, it is impossible to ignore the parts of the report reserved for the role of Transport Canada and other government agencies in enforcing railway standards. And it is this latter part of the report which raises a number of uncomfortable questions, the first and most obvious being: how did a company with a history of poor safety and risky practices continue to operate as it did?

The subtext here is clear: where were the regulators whose mandate it is to provide oversight and enforcement of standards and why did they not recognize the warning signs of looming disaster?

If this sounds familiar, it is. Twenty-two years ago, the Canadian public struggled to grasp how the confluence of events that lead to mine collapse at Westray Mine could have happened, especially the regulators' tacit tolerance of unsafe practices by a company that was struggling financially. Many earnest promises of "never again" were made (and some legislative changes, most notably to the Criminal Code). So why are we here again?

Here are three things that come to mind:

First, regulation is no longer fashionable. Regulation suffers from a bad rap – it is perceived to be expensive, intrusive and ill-adapted to the realities of the stakeholders involved. The watchword of the day is "smart regulation," but mostly that means less regulation. What is shocking is how less regulation plays out in practice. We have impressive laws and standards on the books for the most part (though good regulation has to be responsive to new conditions as well), but as is evident from this report and the Auditor General's report of last year that there seems to be insufficient resources to do the work needed to enforce these rules.

Second, moves for regulators to be more accountable and transparent appear to be more about form than substance. Regulators are required to produce reports and document progress on issues. This has given rise to a new lexicon and series of categories to describe the various ways in which regulators are being accountable to stakeholders and the public. But much of this is a charade. Beneath the surface, we see that there is far more talk than action. Less time should be allocated to preparing reports describing the oversight being done (and often this amounts to justifying why it has not been done) and more time to the actual overseeing, be it conducting audits, bringing enforcement proceedings, or keeping abreast of changes that require adjustments to rules and policies (like using DOT-111 cars for transporting volatile crude).

Third and most critically, we have scrupulously avoided tackling the social choice that lies under the surface of the TSB report: what is the right balance between economic growth and safety? To what ends will we go to protect human life from risky activity? If we are serious about wanting to prevent the next disaster, we need to reconsider how we make use of regulation to achieve this end. I for one hope the TSB report triggers a wide-ranging debate on this question. 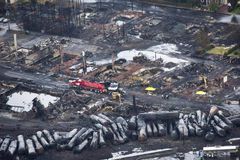 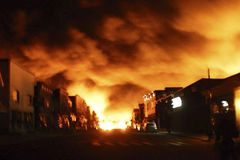 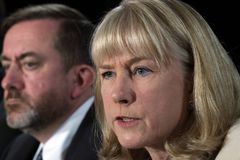 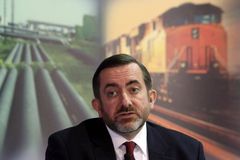