Lemonade, Beyoncé's new visual album, is a gift. It's a stunning piece of sonic and visual artwork, tangling poetry with history, as blood from personal and political wounds flows together in a way that is simply true.

It's a gift meant primarily for black women, "the most disrespected [people] in America," as called out by Malcolm X in one of the album's many poignant samples. Beyoncé lines up some of recent history's most important and disrespected African-American women and girls in a powerful show of strength and mysticism.

After black women drink their share, Lemonade is also a gift to the rest of us. It's one of many that black women have given to the world, and to women, and to feminism, and I would like to say thank you.

The first black feminist to offer me a lifeline was bell hooks, the American poet and scholar. I was 17 and taking black studies, which was introduced at my Scarborough, Ont., high school that year to replace native studies (I was told the sole interested teacher, who I believe was Métis, could only handle one course at a time).

None of my white female friends signed up for black studies, but they eagerly lined up to meet me after class to gawk at what they called "hot black guys." It was hooks who gave me the words to say why this made me feel nauseous and I quoted a big chunk of her essay, "Eating the Other," in a fanzine I put out at the time. I don't remember which bit exactly, but let's say it was this: "the presence of the Other, the body of the Other was seen as existing to serve the ends of white … desires." Ta-dah, no friends – my first experience of being rejected by white feminists for colouring outside the lines.

In the years since, I've been amazed and comforted and educated by too many black women to name here, artists and scholars and filmmakers and activists, politicians and friends and the one and only Shonda Rhimes. I would have lost my mind without them. But I'm starting to worry that I've done black feminists a disservice by trying to universalize their experiences.

There's an idea surfacing that I'll call #notyourmule, after a hashtag used during the last Oscars. As host Chris Rock skewered the Academy of Motion Picture Arts and Sciences for ignoring black filmmakers, a conversation swirled on social media about whether he should have mentioned the lack of Latino and Asian nominations as well. Those using #notyourmule said, often angrily, that they were sick of the concept of "people of colour," that too often it obscured a clear view of the African-American experience. The argument is that black people are not mules to carry other marginalized people to spaces of equity, in part because black women, especially, are usually still left at the bottom of the heap.

I find this quite complicated. I've long worried that singling out one group as most in need can obscure the reality of identity, where race intersects with class and sexuality and so on. I also worry about perpetuating purposeful divide-and-conquer politics, which have been used historically to diminish the combined power of, say, South Asian indentured servants and former African slaves in Trinidad and Tobago (where my family is from).

My instinct is to avoid centring anything, given that the current, stubborn centre casts so much shade that everything around it tends to wilt. I want to know individual stories and histories, absolutely, but when it comes to ideas, I yearn for broad applications. I still imagine that there's a secret key that could unlock equality for everyone, from Afghan child brides to lesbians in Colombia, plus myself, Shonda Rhimes and even the mysterious, contentious Becky with the good hair (just listen to Lemonade already).

But this approach dampens the power of specificity, of letting one group of flowers have its chance to blossom. It is because Lemonade is by and for black women that it's so magnificent; full sunshine was needed to create this tear-jerking, body-twerking message and music and moment.

Sometimes, particular voices need to have particular discussions, and the rest of us would do well to listen in. So to Beyoncé, and black women, and black feminists, let me again say thank you. For everything you've already done and everything yet to come. 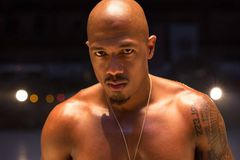