Ten years ago today, I arrived at the remains of a beachside town in northeastern Sri Lanka. The first person I encountered there, standing blank and motionless outside an improvised shelter, was a woman who less than a day earlier had seen her two small children ripped from her arms by a tidal wave, as she tried desperately to hold them above water.

I could not think of anything to say to her. During the next two hours, I would meet at least a dozen parents who had endured exactly this horror, and hundreds more people who could not find their families. The beach was speckled with corpses, most of them children, and dotted with adults looking vainly into the ocean for their loved ones.

I'd had my Boxing Day in London interrupted by news of the Indian Ocean tsunami, and spent much of the next month along the coasts that had been devastated by the catastrophe; I would return several times over the next years, living with families in shelters and observing the changes, human and political, wrought by the disaster.

Not only was it one of the worst natural disasters in history, killing at least 230,000 people in a matter of hours and leaving millions homeless in a dozen countries, it also spurred the largest worldwide charitable, humanitarian and aid-agency response. History's first Internet-driven, crowd-sourced disaster charity effort generated $5.4-billion in private donations on top of $8.4-billion in government spending.

It also provided an advanced course in helping damaged people back on their feet. Here, a decade later, are that catastrophe's lessons in how to be charitable, and how not to be:

It was three days before any aid arrived in this region – and the first aid trucks to reach this largely Muslim fishing village were from the Church of Scientology. Their assistance came with copies of Dianetics and overt conversion efforts, which were met with vacant stares. Christian and Muslim agencies were far more ethical and didn't proselytize, but still sent the wrong message. Your religion probably preaches giving (most do), but getting your faith mixed up with your charity can cause people to lose hope.

Good intentions are a bad idea.

Within weeks, there were about 200 organizations operating in and around the village. Most were tiny. Some were devoted to single causes: water wells, sports training or marriage counselling. Some were vanity projects of celebrities. Even worse were the vanity projects of business people, who thought their product would be just the right thing. In the end, only the big United Nations bodies – Unicef and the High Commission for Refugees – and the Red Cross possessed the scale and organizational talent to help communities rebuild, and to keep the small groups out of everyone's hair. Small charities may sound charming, but it's better to give big.

One of the most extraordinary sights in the cities of Colombo and Jaffna were dozens of hotels entirely filled with doctors who'd arrived from North America and Japan, hoping to lend a hand. They weren't needed. Even the tiniest villages each had three or four foreign medical teams, treating people who were largely healthy. (Decomposing human corpses do not cause disease outbreaks.) Never have very poor communities been so well treated for venereal disease and hernias. What was needed were framing crews, diesel mechanics and electrical technicians; the agencies scrambled to hire these locally. The doctors had simply assumed they would be needed, which was heartwarming – but they should have asked.

Most very poor people make their livings growing and selling food or fish or selling cheap goods to one another. A flood of free food, which was quick to arrive, was necessary at first, but it soon hurt the recovery: It's hard for a poor rice farmer to compete with free dinners. Sending a planeload of toys, shoes or used clothing probably sounded like a good idea to people who'd seen a lot of forlorn kids playing in dust patches on television. Bringing these things to a faraway country and overseeing their distribution cost a fortune and tied up hundreds of people who could have been doing actual good (or buying those things from locals who needed the business).

Give, but don't be specific.

This was the first of many recent disasters in which the charitable donations far exceeded the amount needed, often by hundreds of millions of dollars. That should have been a good thing: When aid agencies run a surplus, they can set up permanent stations in many countries so they can respond fast. But too much of the aid was given to "the tsunami" rather than Unicef, Oxfam or the Red Cross. Giving is a good idea, but keep it non-specific. Charity works best when combined with trust.

Opinion
In the charity world, cash is the new goat
December 18, 2014

Thanks, Ebenezer, for bringing a big turkey on Christmas morning
December 19, 2014 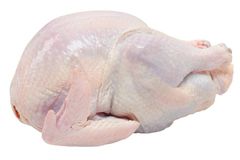 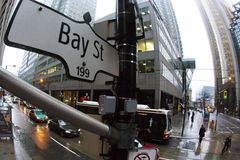