At Christmastime, hearts get warmer, blessings are counted, we think of the good things.

In that sense, this year's break cannot come soon enough. Scandal besetting governments in Toronto, Montreal, Ontario and Ottawa cast a dark pall, particularly over the latter stages of 2013. The public, already conditioned to seeing politics as a school for scoundrels, grew even more cynical.

But the failings were more about process than deeds and outcomes. Behind the gloom was a year with its share of good notes as well. Some politicians may have lost their way, but the country didn't. National unity remained strong. The economy continued its long march out of the depths. A big stride was made on the trade front. Canadians led the way in literature, in sport and in space.

The country's sense of togetherness is being toughly tested by the growing polarization and harshness of political views. But the big land is not gripped by the regional tensions of so many decades previous. There is more stability than in times when the West was shut off from real power in Ottawa. And although a separatist government was elected in Quebec last year, it went nowhere this year. Try as the sovereigntists might, 2013 furnished more evidence that the federalist fabric is too tightly wound to be unwoven.

Economically, unemployment ticked slowly downward this year and the federal budget moved more toward balance. While the overall growth rate was unremarkable, the table is set, with world conditions brightening, for bigger gains in 2014.

The year brought a significant economic advance, an agreement (still to be ratified) for free trade with the European Union. It comes at a juncture when diversification of the country's economic interests is becoming imperative, given the receding trajectory of U.S. global dominance. It could be an accord of long-lasting significance, a nation-building exercise of breaking from the bonds of fortress America.

There were many depressing aspects to our politics this year. But from crisis, the will for reform intensifies. There is now a realization that something must be done about the Senate and about our deteriorating democracy. The New Democratic Party's Tom Mulcair is changing the way Ottawa works by making the oft-derided Question Period meaningful again.

Much has been intimated about Canada becoming more lowbrow. But in 2013, the country experienced arguably its greatest day in literature with the awarding of the Nobel Prize to Alice Munro. "When I began writing," she said, "there was a very small community of Canadian writers and little attention was paid by the world." How that has changed. Her award will change it more.

Her precision as a writer renders a sense of community life like no other, while at the other extreme, Canadian astronaut Chris Hadfield rendered a sense of the galaxy like no other. As the punsters might say, his exploits this year put quite a feather in our capsules.

In sport, we're about more than hockey. Patrick Chan won his third consecutive world figure skating championship, Milos Raonic became the first Canadian male tennis player to crack the top 10 in the ATP world rankings. Anthony Bennett was the first player chosen in the pro basketball draft and another Canuck, Andrew Wiggins, was the most highly sought-after player by U.S. colleges.

When tragedies hit, as they did in 2013 with the Alberta floods, the Lac-Mégantic explosion and Typhoon Haiyan abroad, Canadians stepped up as they always do with large donations and other generous forms of assistance. In the Cree community of Attawapiskat, the blight lessened. One charity is donating thousands of laptop computers in isolated First Nations to give kids a better chance.

There was plenty to dampen Canada's spirits in 2013, but much to heat the Christmas heart and keep us optimistic. It's been an unusually cold December in many parts of the country, but look at it this way: The 20th annual Canadian Ice Fishing Championships are coming soon. Conditions should be wonderful.

Opinion
We’ll be home for ‘Christmas,’ however it’s celebrated
December 24, 2013 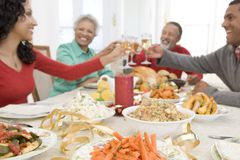