It was 40 years ago that a former mayor of Windsor, former provincial minister and Ontario senator issued one of the greatest challenges to Canada's citizens and leaders. Sadly, however, the centrepiece of the lifelong work of David Croll remains unfulfilled and his challenge remains unaddressed.

In the introduction to his 1971 report of the Senate committee on poverty, Mr. Croll stated bluntly: "Poverty is the great social issue of our time. The poor do not choose poverty. It is at once their affliction and our national shame. No nation can achieve true greatness if it lacks the courage and determination to undertake the surgery necessary to remove the cancer of poverty from its body politic."

Mr. Croll, one of Canada's greatest Liberal parliamentarians, made his clarion call for the establishment of a guaranteed annual income (GAI) in that report. It was, the committee concluded, the most efficient and least wasteful mechanism for lifting millions of Canadians out of poverty. He was right four decades ago, and he is still right today.

In 1972, the future lieutenant-governor of Ontario, Hal Jackman, introduced Mr. Croll to a well-heeled Toronto Empire Club audience: "For a minister in power [under Ontario premier Mitch Hepburn] David Croll's identification with the dispossessed naturally caused certain uneasiness in government circles, and in 1937, the real crunch came when events so determined themselves that David Croll was forced to choose. In depression-torn Oshawa, housewives were doing alternate duty on bread lines and picket lines, and the issue was whether the government was justified in sending in militia troops and provincial police to break up the pickets of the automobile workers, whose only fault was that they wanted to have their own union. David Croll handed in his resignation and in so doing issued this statement, which has now become part of the folklore of Canadian politics: 'Thousands of working men and women of the province of Ontario have come to look to me as their protector and their champion. I feel that I cannot now fail them. In my official capacity I have travelled the middle of the road, but now that you have put the extreme alternative to me, my place is marching with the workers rather than riding with General Motors.' Croll resigned from the government, but he would not admit that he was beaten."

Mr. Croll remains an inspiring figure to me and many colleagues in the Senate, particularly members such as Liberal Senator Art Eggleton, who chaired the standing Senate committee on social affairs, science and technology, cities sub-committee, of which I was vice-chair. Mr. Croll's work and his words encouraged us and our report, "In from the Margins: A Call to Action on Poverty, Housing and Homelessness," which was released just over a year ago and was passed unanimously and unaltered by the Senate. Those from both parties who worked on that report called on the government to embrace a basic income floor for the disabled and initiate a green paper on welfare reform through a refundable tax credit-based basic income floor.

Very soon, when Parliament resumes, the federal government will have just such an opportunity. Finance Minister Jim Flaherty will rise in the Commons and deliver the government's budget. In that budget there could and should be a green-paper proposal on how to modernize income security once and for all and to put Ottawa on the path of addressing the core challenge that Mr. Croll championed 40 years ago.

Mr. Croll's description of the situation Canada faced in the 1970s still echoes: "If the social welfare business of Canada had been in the private sector, it would have long ago been declared bankrupt. The reasons are not hard to find. Resistance to change, a stubborn refusal to modernize its thinking, a failure to understand the root causes of poverty, inadequate research and the bureaucracy digging in to preserve itself and the status quo, are some of the basic causes of the dilemma in which we find ourselves today."

Forty years later, despite an annual total federal and provincial expenditure of $160-billion on income security, the gap between the most wealthy and the lowest income group has worsened. Liberal and Conservative federal governments, NDP, PQ and other provincial governments have not addressed the challenge at its source. Expensive service and welfare bureaucracies, however well-meaning, run costly, rules-based, micro-managing programs with strong 19th-century anti-poor biases that all fail to reduce poverty in any coherent way. As we celebrate the 40th anniversary of the Croll report, advanced by a proud son of Windsor, we must refocus on the humanity for which he struggled.

Forty years ago Mr. Croll said: "The children of the poor (and there are many) are the most helpless victims of all, and find even less hope in a society where welfare systems from the very beginning destroy their chances of a better life." Forty years later, the time for action on the GAI is upon us. Leaving the challenge of poverty to the side is to deny the essential decency and balance Canadians have always shared. 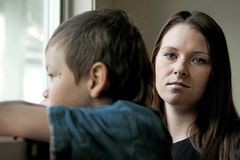 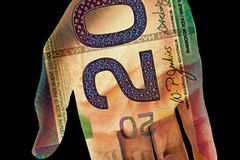