The responses to the troubling news from China of a growing number of deaths from H7N9 are all too familiar. World public-health experts appear to be waiting for H7N9 to be declared a pandemic so they can launch their policies; scientists in the lab are seeking to identify and understand the virus in an effort to develop a vaccine; regional health officials are preparing to kill millions of chickens in a geographically wide zone, a blunt way to stem the spread of a potentially deadly human disease.

But rather than waiting, we need to be proactive. We cannot rely solely on an immediate epidemic response to solve what is an ongoing, complex challenge. We need to provide continuing support to researchers who are familiar with the conditions that lead to the rapid spread of infectious disease.

This is a messy world. The path a thriving virus takes can't always be predicted or easily controlled. Humans travel from rural to urban areas, and around the world. Increasing numbers of urban dwellers frequent live markets to demand the freshest meat. People live in densely populated and expanding neighbourhoods encroaching on ever-larger livestock and poultry farms. Migratory wild birds congregate with domestic ducks and other poultry.

Announcing that a virus has become pandemic will not prevent the next one from emerging. We need to work on changing the conditions that lead to diseases by supporting research that identifies disease emergence at its source. For example, the mix of large and small poultry farms, live markets, and places where ducks, poultry, and wild birds all mingle were blamed for avian influenza H5N1. This different strain of the disease has caused 374 human deaths in Asia, the Middle East, and Africa since 2003.

During emergencies, the imperative is to stop the spread using available means. Research during non-emergencies, however, can look at complex, longer-term issues such as farmer compliance. We've seen that small-scale poultry farmers are more likely to report sick birds in their flock if they feel confident that they will be compensated for any losses they may incur as a result. And we have also seen that a well-intentioned strategy to inspect poultry trucks entering markets can fail if the guard at the gate does not understand his or her role, is not adequately paid or supervised, can easily be bribed, or is simply not qualified.

One solution developed by the Asia Partnership on Emerging Infectious Diseases Research (APEIR) to stem the threat of avian influenza was surprisingly simple. In many developing-country small-scale poultry operations, a motorcycle-riding itinerant poultry buyer travels from house to house, piling bamboo cages of chickens on the back of his bike. Working with local farmers, researchers came up with a safer alternative: trading posts on the edge of villages where farmers can bring their livestock to be taken to market. This strategy targets buyers who can unknowingly contaminate farmers' homes and yards with the potentially sick birds they carry and the feces on their tires, thus reducing the risk of infection in farmers' flocks.

Culling is an essential part of disease control but its use has been too draconian. Effective control can be achieved with much more targeted culls, the result of policies that consider the impact of losses on farmers' livelihoods and the evidence of disease spread alongside the need to wipe out the virus.

Pandemic announcements plan out offensives, but they don't shape policies that address farmer's livelihoods or complex drivers of disease. How can we encourage farmers to comply with control measures for the sake of their health and that of their children rather than fear the negative consequences that doing so could have on their livelihoods and those of their neighbours?

Epidemics need the emergency responders, but they also need those who work during non-emergencies to help prevent the next pandemic. Trying to stop a pandemic is like trying to catch a bullet after it's been fired. Let's support the important work being done before the gun goes off.

Why Canadians should care, but not panic about bird flu
April 28, 2013 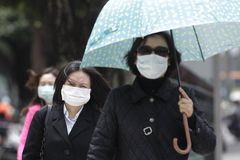