Re Why Do We Find The Equation Of Man And Ape So Offensive? (Jan. 5): The undertaking by some legal scholars to shrink the distance between human and animal natures is wobbly at best.

First, it puts cart before horse. They do this when they invest non-humans with human rights, then lever the alleged subject of those rights into human status. Historically, the concept of rights derives from the interpretive works of philosophers, theologians and the work of jurisprudence. Full-fledged persons define rights; legal rights do not define personhood.

Second, the alleged "equation" inflates the concept of "legal rights" beyond any recognizable outline by confusing them with the co-relative function of obligation. Humans do have an obligation to exercise humane treatment of animals, but that does not translate into, or co-create, so-called animal rights.

Third, while there are shared characteristics between primates and humans, we need to be cautious how far we stretch the comparison. Similarity, approximation, contiguity, resemblance, DNA overlap – these do not add up to identity. We know that primates perceive and communicate, but not that they possess rule-structured language. Without that, we can't know that they exercise rationality, understanding and self-awareness like we do. We have not yet heard them affirm: "I, too, am a human being." These distinctions add up to a big difference.

It seems useful to recall the exchange between Samuel Wilberforce and Thomas Huxley at the celebrated Oxford evolution debate. Wilberforce, an opponent of Charles Darwin's theory of evolution, asked Huxley, a key Darwin supporter, whether it was through his grandfather or his grandmother that he traced his descent from an ape.

Huxley's oft-cited retort was that if asked whether he would "rather have a miserable ape for a grandfather or a man highly endowed by nature and possessed of great means and influence and yet who employs those faculties and that influence for the mere purpose of introducing ridicule into a grave scientific discussion, I unhesitatingly affirm my preference for the ape."

The appropriate restorative justice for the Dalhousie dental students (Dalhousie Suspensions Were Held Off For Fears Of 'Potential Self-Harm' – online, Jan. 5) would be a meeting where the offending students apologized in person to all the women in their faculty – not just those who were targeted on Facebook, but any student who would have to sit in a class with them. And each offending student would have to do it with his mother present.

Being reminded that their family members are women too – and the cringing agony of having to admit to and apologize for such behaviour in front of a parent – should be enough to set these guys on a path to more acceptable attitudes for the rest of their lives.

How reassuring it was to read Roy MacGregor's Home Ice (Sports – Jan. 3).

Amid all the depressing news that appeared in The Globe on the third day of the new year, there was Mr. MacGregor's assurance that some things still remain as they were – simple, rewarding and oh so Canadian. Thank you, sir.

Professor Ian Buruma is keen to remind us (What Drives Anti-Immigrant Sentiment? – Jan. 3) that the UK Independence Party "is popular in some parts of England where immigrants are rarely seen. And many of the Dutch Freedom Party's voters live nowhere near a mosque."

I might add that this equally applies to many university lecturers.

Pardon my naiveté, but "looming" seems more appropriate for a Cold War-era interrogation centre than for a place where creative arts come to life.

It's a common misconception to say that provinces like Quebec and Manitoba have the lowest electricity costs in North America (Big Hydro's Big Days Are Behind It – Jan. 5).

This ignores the external costs of environment upheaval due to diverted and dammed rivers, vast areas of flooded land and displaced wildlife, to say nothing of the social impact on the aboriginal people in the northern parts of these provinces.

My reaction was twofold. First, I was enthusiastic about applying myself to sending more detailed, thoughtful letters, cards and notes by mail. Second, I immediately wanted to share Ms. McLaren's article on Facebook so that friends and colleagues who have also contemplated this drastic measure could weigh in.

No small irony there. And perhaps no escape.

With apologies to Sir Walter Scott, oh, what a tangled Web we have woven.

Contrary to J. Kirby Inwood, "perks" (as opposed to "perqs") has long been the established abbreviation for "perquisites," accepted by the Oxford English Dictionary and virtually all other reference works (Words Evolve – letters, Jan. 5).

I'm sure there are enough genuine word grievances out there without having to conjure up non-existent ones. However, shopworn clichés, such as "my hackles rise," are a different matter.

How appropriate. The only other creatures with their own brand are cattle.

Jan. 5: Brutalism’s architectural moment – and other letters to the editor
January 5, 2015 Jan. 2: Judging the Justice Minister – and other letters to the editor
January 2, 2015 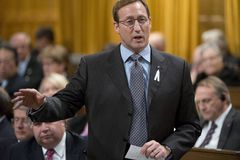