Re ‘Don’t Make Plans For Easter,’ Ford Warns (March 31): Didn’t Doug Ford say the same thing last year, then leave town for his cottage while the rest of us isolated at home?

Re What You Need To Know About The Beleaguered AstraZeneca Vaccine (March 31): The AstraZeneca vaccine represents a significant percentage of doses already administered in Britain. Almost certainly as a result of the high vaccination rate there, cases, hospitalizations and deaths have plummeted recently, despite it being the epicentre of the more contagious British variant. Rare vaccine-related complications seem to be a small price to pay for this kind of response and its effects on the health of individuals, their loved ones and society as a whole.

Perfection is indeed the enemy of good. Let’s get needles into arms fast!

Re Pandemic Priorities (Letters, March 30): It continues to surprise me how little we seem to understand our health care system: Two letter-writers criticize proposed pandemic triage protocols, yet that is how the entire system already operates.

We just don’t see those issues in the same way at all.

Some letter-writers have praised our government for the job it has done throughout the pandemic. I’d like to offer a dissenting view.

Canadians should be outraged over the many failures of the Trudeau government. Canada is a G7 country, yet by some measures we rank 61st in the world for vaccinating our population. Canada’s widely respected Global Public Health Intelligence Network was downgraded against the warnings of our scientists and health experts. Sixteen tonnes of personal protective equipment was sent to China when COVID-19 was in its initial stage; the risk to Canadians was said to be “low.” Early recommendations for closing our border to international flights were disregarded.

Now we are told to meekly accept a proposal to lengthen the recommended time between vaccine injections. We should be marching in the streets and demanding the resignation of Justin Trudeau.

Re PM Defends Effort To Ban Xinjiang Goods (March 30): For decades we have used diplomacy and relationships in attempts to influence China. Maybe now a new tool should be used.

I believe economic sanctions are more effective than most people suggest. Their efficacy is underrated in part because, unlike other foreign policy methods, sanctions have a definite result. Business leaders tend to dislike sanctions because they disrupt international commerce. Most governments are natural advocates for use of their own tools: diplomacy, covert action, military force. Economic sanctions have no equivalent champion.

As a result, I find that the successes of economic sanctions in curbing delinquent actions are widely unreported, while failures are exaggerated by those with an interest in its disuse. Is it time for Canada to better use this tool?

And don’t buy it

Re PM Says He Did Not Personally Know Of Vance Allegations In 2018 (March 31): I do not believe the Prime Minister. I doubt I am in the minority.

It’s often predictable when politicians and CEOs plead ignorance and claim zero accountability for major screwups. Yet it’s often their “vision” and “strategic leadership” that culminates into all successful endeavours.

Re It’s Time To Focus On Expanding Our Population (March 31): I believe we are overpopulated. A limit of 150 words is not much space for counterarguments. Instead here are are a few brief questions: Climate change? Housing? Loss of habitat? Extirpation? Pollution? Congestion? Suppression of wages? No limits to growth?

Is this the Canadian dream? It sounds to me more like a nightmare.

Re Empire Calls For Grocer Code Of Conduct (Report on Business, March 26): I too expect the grocery store I shop at to treat its suppliers fairly, with respect, and to pay them on time. That’s why I own mine along with 14,000 of my neighbors.

I don’t look to any government agency nor trade association to hold my grocery store accountable. If I don’t like how it is operating or being governed, I can vote in the annual board elections. Yes, it is a democratic institution and, no, it doesn’t restrict access to suppliers with the deepest pockets.

The Kootenay Co-op is a $24.8-million business and an example of what’s possible when consumers decide to no longer leave the future of their food in the hands of absentee owners nor to under-resourced government oversight.

Re Sustainable Investing Is A Deadly Distraction (Report on Business, March 26): Contributor Tariq Fancy draws from his experience at BlackRock to suggest that many global business leaders hold to the “illusion” that the free market will correct the climate crisis without government action. In my experience, true corporate leaders on climate – for example, those who have signed on to the Science Based Targets Initiative – are acting because they plainly see that politics and jurisdictional limitations are compromising the pace of government action.

As COVID-19 illustrates, the private sector can pivot at great speed and cost in the face of major challenges to society. Most heartening of all is how, despite the economic devastation of COVID-19, corporate leadership on climate action has accelerated in the past year. The fiscal crisis facing governments for years to come will likely make that corporate commitment more important than ever. 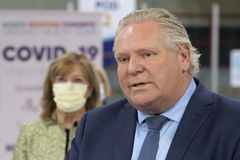 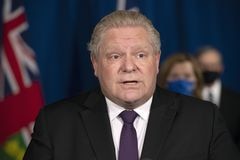 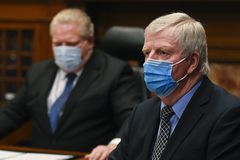