Re RCMP Investigate Whether Nova Scotia Mass Shooter Had Help As Death Toll Rises To 22 Victims (April 22): As a retired RCMP officer, I have always been concerned with how easily anyone can purchase used RCMP uniforms and kit online, at second-hand shops and other outlets. Decommissioned RCMP vehicles can also be purchased at Crown asset sales. I hope this investigation will look at tightening the rules for the disposal of used RCMP clothing and vehicles in order to prevent such a ruse from ever happening again.

My heart goes out to the family of Heidi Stevenson, her RCMP family, families of the victims of this horrific massacre and my fellow Nova Scotians.

Re Alberta Eyes Options To Store More Crude (Report on Business, April 22): Am I missing something? There is going to be a crisis with a lack of storage for oil. So, stop producing oil. Turn off the pumps, shut down the oil sands and, presto, the problem should go away. Then we leave it in the ground until it is wanted again.

If there is some reason why this will not work, I would appreciate hearing about it.

Re Doctors Call For Income Stablization as Billable Services Drop Off (April 21): I cannot believe that some physicians, members of one of the most well-paid groups of Canadians, would be whining about income loss from declining numbers of patients in their very safe clinics, when their colleagues in intensive-care units (ICUs) are in real danger as they work to intubate patients with COVID-19.

I am still working well past retirement age and can only admire physicians who respect the medical tradition that, after an explosion, the doctor is one of the first down the coal mine. I am appalled that the president of the Ontario Medical Association would endorse these complaints. Why did he not suggest that affected members take out loans against accounts receivable? Banks should be falling over themselves to give out safe loans.

If some doctors end up closing their clinics, perhaps they would join those psychiatrists (one of the lowest-paid groups of doctors in Ontario) who are now working in long-term care homes as equals alongside equally dedicated personal support workers.

It amuses me to hear doctors calling for government top-ups now that their incomes have fallen off because of COVID-19. I believe this highlights how the payment system in our country is overdue for change.

The prevailing fee-for-service model is a holdover from the implementation of medicare in the 1960s. Periodic attempts to revamp the system with some form of a salaried model have been vigorously opposed by doctors and medical associations. Most doctors operate as small businesses and their incomes far exceed those of most other Canadians.

COVID-19 richly illustrates how the bottom line and public health do not often mix well. In the wake of the pandemic, it should be time for a fundamental review of the Canadian medical system from top to bottom, including doctors’ compensation arrangements.

Re Senior-care Crisis Has Been Long In The Works (April 16): Columnist Konrad Yakabuski references a poverty rate for seniors of only 3.5 per cent. Unfortunately, this figure comes from the Canadian government’s use of the Market Basket Measure as the main poverty measure. Canada is the only country in the world to use this benchmark.

Most countries use the Low Income Measure, which allows comparison between different jurisdictions. Under LIM, poverty for seniors has increased from some 3.7 per cent in 1995 to 14.3 per cent for 2018, a huge jump and higher than the overall LIM rate of 12.3 per cent. The root of seniors’ issues, then, has been the rise in poverty over the last 25 years, which can be linked to the decline of defined benefit pension plans, as well as more people in precarious working situations before retirement.

Our family now knows how much it cost in 2019 to fund senior care privately. I will be very impressed if either the Conservatives or the Liberals can find $80,000 to $100,000 a year to look after every long-term care resident in Canada. And that is without the current lack of infrastructure.

The mess of long-term care is about insufficient funding. When this is all over, it will still be about the money.

Re Canada’s Emergency Response Benefit Is An Unintended Experiment In Basic Income (April 20) and Charitable Giving Is More Important Than Ever (Report on Business, April 20): I want to live in a country where a person’s basic needs are met with a universal basic income and not charity. There is strong evidence that people thrive with a basic income.

I see charity as a reflection of how our social programs fail the most vulnerable. I recently volunteered at a homeless shelter making peanut butter sandwiches on stale donated bread – considered a charitable contribution. Would it not make more sense for those in need to be able to buy their own fresh bread and make their own sandwiches?

Re PM Defends Reluctance To Question China (April 18): I think much of the criticism of China for its response to COVID-19 ignores one important fact: We should remember that Chinese scientists sequenced the DNA of the new virus and released their results to the world on Jan. 11. Yes, Western scientists could also have done this. That China shared its research so early saved us time, an important consideration when dealing with a fast-moving, unfamiliar virus.

I do not doubt China made mistakes when confronting COVID-19, but it would not be unique in this. Most countries have probably made mistakes during the pandemic. Our friends to the south, for example, have been disturbingly reckless.

Re Democracy Is An Essential Service (Editorial, April 21): To suggest that Parliament should sit three times a week seems the height of hypocrisy. How many Canadians even watch Question Period? I see our media doing a much better job during the Prime Minister’s and various premiers’ COVID-19 availability every day.

We should shut Parliament down and let MPs ask questions during these press scrums. Canadians may get all the answers they can possibly use. 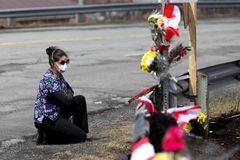 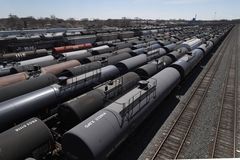