Re Provinces Struggle To Shift Vaccinations Into High Gear (April 7): At my vaccine appointment there were four intake workers processing people – they were not busy.

The immunization stations were not busy either, with a number of doctors waiting to give shots. There were two emergency response units, also waiting. The final release personnel were reading or chatting with other workers who were similarly not busy.

In all, the facility looked ready to vaccinate hundreds of people a day, yet it seemed to be doing only a couple of dozen. Where is everybody?

I had my first shot recently. I overheard two conversations in which the newly vaccinated declared their joy that they could now visit family, hug grandkids, etc. This would be an ideal opportunity to produce a short educational video to stress that the vaccine only protects the recipient from the virus – it does not yet provide carte blanche to an unfettered life.

Re Get The Next Shots Into The Right Arms (Editorial, April 6): It is the super-spreaders who should be at the front of the line for vaccinations. That should include essential workers and young people between 18 and 40 who are most at-risk for catching the virus. They are the ones out in the community, working, socializing and generally (willfully or not) ignoring safety recommendations.

This should have been at the top of the agenda two months ago.

Re We Need Paid Emergency Sick Leave, Now (Editorial, April 7): I don’t believe sick days are the silver bullet they are made out to be.

By some estimates, 40 per cent of people infected with COVID-19 are asymptomatic. A person who does not show symptoms will not take a sick day. Isn’t that how the virus got into long-term care homes? Isn’t that why we don’t want young people to congregate?

Most European countries have more generous safety nets than Canada, yet the virus still rages on over there. I welcome a broader public policy discussion about sick days, but let’s not pretend like we’ll end the pandemic because of them.

Re It’s Time For Trudeau To Reopen The Border (April 5): The United States is miles ahead of Canada on vaccinations, and the gap is growing every day. On Good Friday alone, the U.S. vaccinated four million people, almost as many as Canada has vaccinated in total. That country is quickly achieving exit velocity on COVID-19, while this one goes in the other direction.

If Justin Trudeau does not take steps to reopen the border soon, the U.S. may decide to keep it closed until we catch up on vaccinations, which unfortunately looks like it will be many months.

I live in Sarnia, where the Blue Water Bridge is Canada’s second busiest border crossing. Pre-pandemic, I crossed the border on a weekly basis, as did many other Sarnians.

Despite the accelerated vaccination program in the United States, Michigan had 11,317 new COVID-19 cases on April 5. Ontario, with a population about 50 per cent greater than Michigan, recorded 2,938 new cases.

Here is a simple solution for the reopening of the Canada-U.S. border: Anyone who has been fully vaccinated should be eligible to cross.

Re Is Carney An Eisenhower Or Ignatieff? (April 6): I wholeheartedly agree that Mark Carney is precisely the kind of person we need in politics: serious, thoughtful and accomplished. Unfortunately, as Michael Ignatieff demonstrated, serious, thoughtful and accomplished are not qualities which necessarily translate into political success; indeed they are often denigrated and disparaged.

This sorry state of affair speaks volumes about the health of our politics. It seems to say even more about the quality of politicians we do end up with.

Re An Alternative (Letters, April 7): Before considering any new efforts to substantially increase Canada’s population, I recommend the following approach.

Take a map of the country and mark off every square kilometre that has been modified by human activity, including roads, farms, buildings, mines, pipelines, cell towers, landfills, power lines, logged areas and anywhere nature has been altered to meet human requirements. Let’s call this area our footprint.

Now draw a five-kilometre buffer around our footprint and put all of Canada beyond it permanently off-limits to exploitation or development. Increase our population if desired, but do it within our footprint.

Re Report On Hiring Controversy At U Of T Calls On School To Address Donors’ Attempts To Influence Staffing Decisions (April 1): I believe the University of Toronto’s search committee recommended an unsuitable candidate for director of its International Human Rights Program, one whose writing and speaking history focused on criticisms of Israel.

The review by former Supreme Court Justice Thomas Cromwell, to which B’nai Brith Canada made submissions, calls on the university to prohibit expressly outside interference, “unless the matter raised can be demonstrated to be evidence of unfitness for the duties of the position.” While ultimately the decision not to hire the recommended candidate turned on her ineligibility, Justice David Spiro should be commended for an alleged intervention which seems to fit within the terms of Mr. Cromwell’s recommendations for the university.

Look on her, look

Re Canadian Stage Legend Cariou Staying Busy A Year Into The Pandemic (April 1): Veteran actor Len Cariou confides that he would like to return to the Stratford Festival, including to play “Lear maybe, if I can get a light enough Cordelia.” It is understandable that an actor at age 81 might have concerns about carrying his Cordelia. I had the same problem as a scrawny teenager in an abridged high-school production.

Cordelia and I each weighed around 110 pounds. It was impossible to carry her. The director devised an ingenious solution which I am delighted to offer to Stratford’s Antoni Cimolino. The stage lights went down for a few seconds. When they came back up the actors were on the floor, with little Lear in a kneeling position cradling Cordelia’s upper body in his arms.

The audience found the scene emotionally compelling. And although Cordelia and I are now a bit heavier, we remain close friends.

COVID-19 vaccine ‘passports’ could be new point of contention at Canada-U.S. border
April 7, 2021 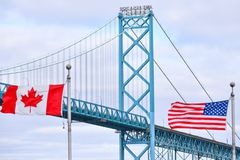 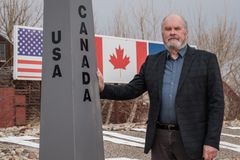 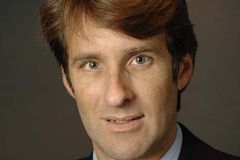