Dammed if you do

Re Site C Dam Underscores Need For More Time-sensitive Approach To Project Approvals (Aug. 13): Finally, someone has detailed a prime cause of Canada’s failure to develop meaningful infrastructure projects and enhance job opportunities in many areas of the country. Bill C-69 has been repeatedly mentioned as an enemy of development, particularly in the West.

I find it ironic that this legislation has not been changed, even though the Liberal government was willing to assist an engineering firm that does a great deal of work in this area of the economy – one headquartered in Quebec. This seems to be a flagrant example of bias against provinces that are more dependent on natural resource development.

Spending taxpayer dollars for businesses affected by the pandemic does not offset actively denying jobs that can give people feelings of self-worth. The cost to Canada will likely be immeasurable.

Re Turning Hotels Into Shelters: Proponents Say Idea Gives Homeless People Dignity And A Chance To Get Lives Under Control (Aug. 10): COVID-19 has exposed the gulf between those fortunate enough to have the space to practise physical distancing and those who experience homelessness. This is why the hotel program run by the House of Friendship in Kitchener, Ont., is so important, and similar programs in Toronto have provided a much-needed lifeline.

When coupled with onsite care from registered nurses and nurse practitioners, the unique needs of homeless people can be met, whether they need mental health and addiction services, treatment for chronic conditions such as diabetes, proper foot care or help with other ailments.

Nurses agree with the House of Friendship’s Jessica Bondy that more funding – from all three levels of government – is urgently needed so this model can continue. We should also fast-track supportive and accessible housing to build permanent solutions.

Only then can we ameliorate the suffering of persons experiencing homelessness, by providing them with the dignity of beds, pillows and safe places to sleep.

Re Optometrists Turning Patients Away In Fee Protest (Aug. 12): To the public, it looks like the Ontario Association Of Optometrists have a vision problem with their job action to send patients to emergency rooms. Only those with an impaired vision of society wouldn’t be able to see that taking serious time away from ERs during a pandemic mostly makes their profession look bad.

Although they are seeking better funding for eye care, they seem more to be exploiting a public crisis for personal gain. The OAO should get a new eye chart that forces them to look beyond their myopic self-interest.

As an optometrist in Ontario, I’d like to present clarification on our fight for long-term access to patient care.

Our cause is about funding and investment in an essential health care service. It’s been 30 years of almost no increases in funding, plus a pandemic that is limiting our ability to see patients and wiping out our revenues. We’re desperate and are doing our best to protect our patients and ourselves in a dire situation.

Overhead costs for service delivery (that is, staff, rent, leases, utilities, insurance, medical equipment) are approximately $90, while OHIP reimbursement is less than half that for urgent eye care services, which are paid $25 or less. This is unsustainable.

Our profession has no options for conflict resolution, such as arbitration. Since 1990, we find that the Ontario government has not paid a fair share of service overhead in this sector.

We can’t change the past, but we can protect eye care for the future. This government should do better than its predecessors and collaborate with Ontario’s doctors of optometry for a sustainable eye-care funding model that will help save eye care in the province.

Re Amid Turmoil, Human-rights Museum Appoints New Head (Aug. 11): As the Canadian Museum of Human Rights brings the treatment of its workers into line with its own social mission, and as an institution in the service of society, it should also consider the rights of museum visitors.

Contemporary museum architecture and exhibition design often force visitors into a linear exhibition experience – sometimes referred to as the tyranny of the curatorial storyline. The design of the CMHR encourages this, rather than empowering visitors with, say, serendipitous choice or conscious self-selection of topics and subjects.

For schoolchildren, content selection should align with various sensitivities such as age, class curriculum, cultural backgrounds and learning styles. Such choices would be best made by professional educators rather than curators or tour guides.

Re Brent Carver Fervently Portrayed Society’s Anguished Outsiders (Aug. 7): I cast Brent in a film about Leonardo da Vinci’s invention of a flying machine to allow humans to soar into the air. Brent himself echoed the range of da Vinci’s talents, yet was so modest and understated.

The showbiz world has a great gap in it.

Re Dubas On The Hot Seat After Early Playoff Exit (Sports, Aug. 13): Two weeks ago, I had never heard of Columbus goalie Joonas Korpisalo. Since then, he shut out the Leafs twice and broke a three-decade-old record with 85 saves in an NHL playoff game.

Leafs naysayers have already weighed in: Fire general manager Kyle Dubas, fire coach Sheldon Keefe, trade everyone not named Auston Matthews and start over again. Here’s the thing: Hot goaltending in hockey is like hot pitching in baseball. It is what it is.

The Leafs should tip their hats, but shouldn’t make long-term decisions based on individual hot streaks from the opposition. They should lick their wounds, make some tweaks and stay the course. There may be a time to blow things up, but now should not be that time.

Re Throw A Softball (Moment in Time, Aug. 10): I have enjoyed playing softball for more than 50 years, but as a third baseman, I still fail to see why it is called “softball.”

I’ve lost track of the times a misplayed line drive or hot grounder has cost me injuries from bone bruises, cuts and once a blow-out fracture to an eye.

There is nothing soft about a ball travelling at high speed that comes into contact with skin and bone.

Opinion
The Trump White House prepares to ‘fix’ yet another unbroken institution
August 13, 2020 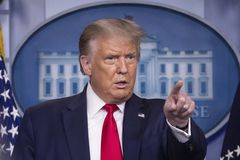 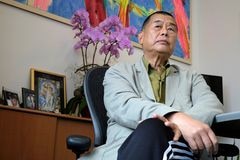 Opinion
Would drafting Mark Carney save the Liberals, or sink them?
Subscriber content
August 12, 2020 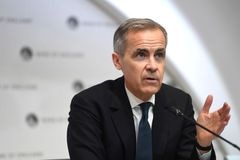