Re Alberta’s COVID-19 Plan Sparks Outrage (July 30): It is deeply concerning that individuals who are ill with COVID-19 in Alberta will no longer have to isolate from others come mid-August.

In addition to a substantial proportion of adults who have made the choice not to be vaccinated, there is another group of unvaccinated Albertans who do not have the luxury of choice: children under 12. Those in positions of power have a duty to protect these young people, but instead their actions will break faith with them.

Alberta Health Minister Tyler Shandro informs us that the Chief Medical Officer of Health came to the government with the COVID-19 plan. Even if that were the case, it does not pass the smell test because such a plan surely could not have been developed in the absence of Mr. Shadro’s knowledge, if not direction.

Regardless, once the recommendations were accepted by Mr. Shandro and Jason Kenney, they assumed ownership. That’s the way things work in a democracy: Staff develop and recommend policy, and elected officials accept, modify or reject those recommendations. That’s because (and it pains me to have to point this out) staff are not accountable at the ballot box.

I find Mr. Shandro’s behaviour to be the worst kind of buck-passing. Albertans deserve better.

Never fear. Jason Kenney will probably withdraw the province’s new approach to the pandemic some time between now and Aug. 16.

Doug Ford complained endlessly about the porous international border, and he took action to close the Ontario border with Quebec. I hope he will now protect Ontario from another province’s folly by requiring negative tests of anyone flying (directly or indirectly) from Alberta to here.

Re The Upside Of Vaccine Passports (July 23): Doug Ford rejects proof of vaccination in Ontario because he doesn’t want a “split society.” (Preferring an ongoing sick society?) Perhaps he’ll see an unpleasant electoral “split” on June 2, 2022, if the pandemic continues.

Re Ottawa Gives Lifeline To N.L. Hydro Project (July 29): A word of advice to Newfoundlanders: If a project has the word “falls” in its name, run.

With a history of leaving billions of dollars on the table through poor negotiating (Churchill Falls) or wasting billions of taxpayer dollars buying into megaprojects (Muskrat Falls), any “falls” seem to be kryptonite to the financial well-being of the province.

Re If Canada Hopes To Claim Arctic Sovereignty, We Have To Invest In Submarines (July 26): In the 1970s, my work was in Arctic sovereignty. Until Canada catches up on our submarine technology, people may want to read The Ice Diaries: The Untold Story of the USS Nautilus and the Cold War’s Most Daring Mission, by the late skipper Captain William Anderson.

In 1958, the USS Nautilus traversed the Arctic under the ice. It was the Cold War, and the Americans wanted to see what was entailed in defending the North American Arctic coastline from potential Russian or other invasion.

This was the first under-ice crossing of the Arctic. It required a nuclear submarine in order to stay under the ice for long periods of time. To this day, I am very proud of that part of my career, which was classified.

Re Biles’s Legacy May Be Her Courage To Look After Herself, Not The IOC (July 29): It is disheartening to see an avalanche of justifications excusing athletes for withdrawing from competition due to pressure.

A competition means pressure. If one can’t take it, then one shouldn’t be deemed fit to compete. Play just for fun instead. Top athletes are those who have not only the physical and technical endurance, but the mental toughness, too.

My two Olympian cousins often said: Pressure is a privilege. It differentiates between the good and the excellent ones.

Re Mental Health Thrust Into Spotlight Amid Japan’s Workaholic Culture (July 29): Simone Biles appears to be suffering from the “twisties,” which is perhaps similar to the “yips” in golf. Both are hugely detrimental to sports careers and, in Ms. Biles’s case, potentially deadly if she were to, heaven forbid, land on her head. We know she has the right stuff and let’s hope she can channel this into a full recovery.

Should this same level of understanding be applied to Naomi Osaka and her Olympic defeat? I think not. No doubt there is intense pressure at a level of sport that only Olympians and professional athletes can appreciate. But that comes with the territory.

When things don’t go right, rather than blame the circumstances – which include the people and institutions responsible for helping athletes achieve fame and fortune – Ms. Osaka should look in the mirror and accept responsibility where it lies. That is also a component of the right stuff.

Elaine Tanner’s letter (Go Deep – July 28) in support of Canadian swimmers was very gracious, considering how wounded she was by the country’s expectations at the 1968 Olympics. She was and is a winner. 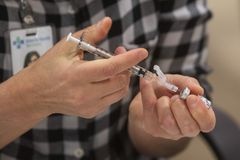 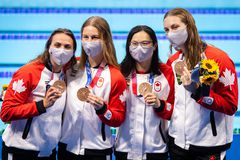 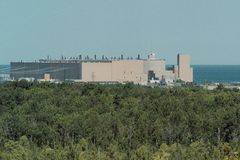