Re Morneau’s Office, Kielburgers Described As ‘Besties’ In Newly Released Documents (Aug. 20): I continue to believe that the press has been biased against Bill Morneau in its treatment of the WE Charity scandal.

Most stories, including in-depth ones, fail to report that the non-invoiced cost of more than $41,000, for a trip to solicit support, resulted in donations from Mr. Morneau’s foundation totalling $100,000. In addition, other trips taken by Mr. Morneau with expenses over $50,000 were duly paid.

Mr. Morneau’s oversight may have been bad, but it was not terrible. Financially, WE – not Mr. Morneau – came out on top.

Re Power And Prorogation (Letters, Aug. 20): I worked in Finance Canada over half my career. The central agency sets economic, fiscal and tax frameworks for the public interest; acts as a challenge function on federal economic and social policy; works with provinces on transfers and other issues, and other countries on economic and trade issues. It does so with a large cadre of experts, including its senior executives and deputy minister.

The finance minister needs to be very smart, have a backbone, understand tradeoffs and brook no fools. Bay Street can’t claim a corner on these traits, more often providing a blinker on many issues. I find that Chrystia Freeland has these qualities and more. We know: Men with her CV would be praised as good fits.

I believe it does no good to compare the actions of a prime minister 50 years ago to one today, especially when the only similarity is the same last name. The time to have a government that takes strong centralized action is during a pandemic – look at the results of the weak U.S. response.

As well, Pierre and Justin Trudeau are not the only prime ministers who have taken control. Stephen Harper prorogued Parliament four times and was known to limit or vet questions at news conferences.

Let’s judge government action in terms of the situation, not the name of who is doing it.

Re TDSB To Finalize New Back-to-school Plan This Week (Aug. 20): We are part of the French public school board Conseil scolaire Viamonde. Our situation seems to be completely the opposite of what is being reported.

We have received very detailed communication from the board. We were surveyed on whether we would send our child back to school or go totally online, and what technology we had at home. A website provides up-to-date guidelines and protocols.

Our school will provide five days of in-person schooling; teachers will provide the divisive 300 minutes per day of instruction; the breakfast program will be back with individual bag distribution; children will be placed in cohorts and they will wear masks.

Yes, there will be adjustments to make and there are still unknowns, but this is the world we live in right now. It seems that our board, schools, unions, teachers and other staff – everyone is making efforts to work together for the good of our children.

Do not come from away

In response to contributor Michael Bryant’s question, “Has COVID-19 quietly killed Canadian Confederation?” (Aug. 14) I would answer no.

Public-health measures do not weaken Confederation. Viruses naturally spread from regions where per capita infection rates are higher into regions where rates are lower. That is math, not law, politics nor public opinion.

Viruses are not carried by raindrops. They are carried by people. To impede the dispersion of COVID-19, jurisdictions must erect barriers to mobility, ugly as they are, between nations, states or provinces, municipalities and even dwellings.

The boundaries of Newfoundland and Labrador are as logical as any other place to locate yet another impediment to COVID-19 propagation. I would not sue to break Newfoundland’s boundary restrictions any more than I would sue to get on the Toronto subway without a mask, or to hold a house party for 200 guests in Montreal.

Re Out Of Line (Letters, Aug. 14): As a Day 1 volunteer ambassador for the Canadian Museum for Human Rights who logged more than 1,200 hours of volunteering and 250 hours of training, I can say that at no time did I feel the “tyranny” of the CMHR’s design and programming, as one letter-writer put it.

We were trained to ask guests about their interests, which allowed us to make informed suggestions and provided directions. They were additionally “empowered to make choices, including serendipitous, conscious self-selection” with the aid of detailed pamphlets and the option of group tours tailored to specific galleries. Schoolchildren were provided with content collaboratively designed and delivered by educators and museum staff.

The CMHR has received in excess of 30 international, national and regional awards. Tyranny is seldom celebrated by such levels of praise.

Re It’s Well Past Time To Stand Up To Systemic Prejudice (Report on Business, Aug. 14): Kudos to contributor Tony Comper for leveraging his wealth, name and connections for social good. A greater challenge for business leaders likely lies in the workplace. The Governor-General, Ellen DeGeneres, the former director general of the Montreal Museum of Fine Arts and, of course, Donald Trump – they all suggest that successful individuals frequently create toxic workplaces as leaders.

Could similarly public-minded business leaders such as Mr. Comper differentiate those who demand high performance (as those toxic leaders would self-describe) from those who make unreasonable demands and inflict belittling tyrannies? It’s a greater challenge, as this leadership style persists because it often drives results. Are there workable boundaries on winning at all costs?

“Let us commit … never to be bystanders,” Mr. Comper writes, but in hierarchical workplaces, employee voices may not be heard or may suffer negative consequences. The onus should be on those with power – the peers and superiors of alleged perpetrators.

Re Does Not Equate (Letters, Aug. 20): I believe a letter-writer misconstrues my original letter of Aug. 19.

What is scandalous about the Meng Wanzhou case is the time it is taking to get to trial. It will be more than two years since her arrest.

This case should have been disposed of within three months. If it had been, then Michael Kovrig and Michael Spavor would likely have been freed long ago. 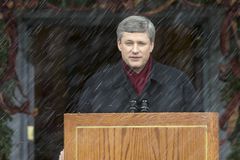 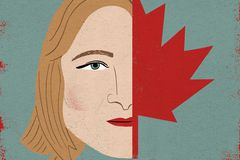