Re Why Don’t We Fit? (First Person, Aug. 6): Writer Deepa Pureswaran’s story of her child’s experience in a Quebec City daycare is perhaps the saddest thing I have ever read about Canadians.

For decades, Quebeckers struggled against domination by les maudit Anglaises. Given that, one would think a spinning instructor, called out for skipping Ms. Pureswaran’s name in class, would pause to reflect just a little on her deeply offensive action. But no, do it again.

I believe every human being is shamed by parents and teachers who feed poisonous thoughts to their children. In a world torn apart by hatred, injustice, bigotry and inequality, I see the totality of that evil crystallized in the actions described by Ms. Pureswaran.

Re Employers Restricting Migrant Workers To Farms (Aug. 4): As I put the mango in my shopping cart, I start to think about our fruits and vegetables, and the situation we are in. Two broad choices exist: We import, often from great distances, and wonder if 99 cents for that large mango even covers shipping costs (and the carbon footprint); we buy local, and wonder if that lettuce is harvested by a migrant worker paid less than minimum wage, confined (now) to one farm and living in substandard “housing.”

If one thinks about the price of produce and how it lands on our tables, we soon realize that we do not pay enough for food. Many farmers have said this for a long time. I believe the solution lies in how we treat those marginalized in society.

Migrant workers should be paid minimum wage, and have improved working statuses so that they have all the same advantages as the rest of us. Then we will buy produce at higher prices – and support migrant workers and farmers. As a bonus, we would not be shipping mangoes from halfway around the world.

Put a finger on it

Re Losing Touch (Opinion, Aug. 1): As one of the pioneer telemedicine researchers (with Earl Dunn), I was delighted to read Nicholas Pimlott’s contribution. In the summer of 1972, one of the first things we looked at in doctor-patient relationships was the importance of physical touch.

Our first surprise was the paucity of research in how doctors relate to patients. We were interested in seeing how communications technologies could serve areas that were difficult for a physician to reach. The key for us was not only the accuracy of remote diagnoses, but the extent to which those involved had confidence in them.

While the telephone could hold its own in terms of accuracy, doctors basically had to get out of their comfort zone and use a decision tree. They preferred video, particularly colour, despite the fact that they frequently misread video’s visual clues.

It’s unfortunate that it took a pandemic to propel the practice of medicine into the 21st century. The choice between virtual care and traditional face-to-face care is not binary.

Patients will always need to be seen and examined, but not every time and, depending on the practice, not even most of the time. Our current model of practice exists because, for most physicians, physically seeing patients is how we get paid, and because it is the standard of care against which we are judged.

Many people rarely see their family doctors, saying they are “just too far away.” Consequently, they receive fragmented care at emergency rooms and walk-in clinics, care that is rife with duplication of services and tests. Instead of “losing touch” with patients, virtual care offers physicians a chance to reclaim the continuity of care that leads to really “knowing one’s patients.”

Certainly, there is a trade-off between in-person and virtual physician visits, but there should be no battle over which model of care will prevail – each has its place.

Some situations can be dealt with virtually, say, prescription renewals for a chronic, stable condition. But if the problem is crushing chest pain, an in-person visit is critical. Situations between those extremes require careful clinical judgment. If there truly is a “brave new world of mainly virtual medical care,” then Dr. Pimlott will need to teach his students those skills.

During the first month of pandemic restrictions, our eight-person urology practice carried out over 1,000 virtual consultations. Some patients were spared eight hours of driving, along with associated expenses. Some had their concerns resolved. Others were scheduled for in-person examinations. Almost all were pleased to have the option of a virtual visit.

Dr. Pimlott laments losing “rituals of care.” If they do not serve our patients well, we should celebrate those rituals’ demise.

Contributor Nicholas Pimlott put into words what I have been feeling since we have gone virtual. I really miss the art of face-to-face clinical practice, and I feel reduced to a technician of the digital world.

It is just not the same, despite the convenience and advantages. It is yet another loss of the many we endure in a pandemic world.

My son got sick just as COVID-19 was shutting down the economy. Our first emergency-room visit resulted in a diagnosis of stomach flu. For the next 10 days, I could not get another doctor to see him.

Our family practice was doing phone consultations only, as were walk-in clinics. Four different doctors told me he probably just had a bad stomach bug. Finally, our family practice agreed to see him. The doctor took a good look at him and prodded his abdomen. The doctor’s instinct said something was very wrong.

At a second visit to the ER, a CT scan showed his appendix had started leaking more than a week earlier. He spent a week at the Hospital for Sick Children and fully recovered. But it scares me to think: Could he have died?

Virtual care has its place, but for some conditions, an in-person conversation and a physical exam can be crucial. I believe lives depend on it.

Re Every Which Wear (First Person, Aug. 4): I too have lost my patience with my husband’s choice of daily attire. Some days his choice is so odd, I will ask him: “What time does clown college get out today?”

That usually elicits an abrupt turn back to the closet and a rethink, but only after I get the “what’s wrong with what I’m wearing” glare. I’m glad I’m not in this boat by myself. 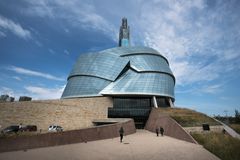 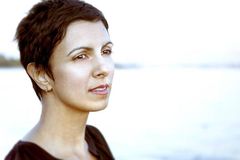