Re Do We Need A New Lockdown To Beat The Virus? (Nov. 17): I am now further convinced that our provincial politicians lack the backbones to issue strong regulations that would lower the spread of COVID-19.

Municipal bylaw enforcement officers should be issuing heavy fines to hosts and attendees of illegal gatherings, including religious services. Businesses may have financially supported our politicians, but it’s ordinary citizens who voted them into office.

A recently retired physician told me that he volunteered to be a contact tracer, but was declined because his licence to practice medicine had expired. I laughed, thinking it was a joke – sadly it was not.

Free online training is available for contact tracing and can be completed in six hours. Additional regional training could be accomplished in a few days. A health care background should be a plus, not a prerequisite for discussing standardized questions and instructions.

Meanwhile, every province from Quebec to British Columbia has not kept up with contact tracing for new daily case counts. Preventing widespread community transmission depends upon both our adherence to precautions, plus a fully functional public-health containment program.

Despite predictions of a major second wave this fall, and calls months ago for developing surge capacity with thousands of contact tracers across the country, once again we appear to be caught off guard.

An Australia-style lockdown in certain Canadian provinces, particularly with the onset of winter, would not only be harsh, but cruel. It would effectively be a form of house arrest.

During the lockdown in Melbourne, my cousin was forbidden from isolating with her family at their secondary home in the coastal town of Sorrento, a mere 100 kilometres from the city. Imagine if residents in Ontario were denied the right to isolate at their cottages in Muskoka and Georgian Bay?

There is an old saying: Pick your poison. A “balanced” approach makes the best sense to me from a menu of difficult and imperfect choices.

Thanks to columnist André Picard for a thorough presentation for and against locking down society to deal with this horror show of a pandemic. Consequently, only the “painful certainty of a scientific approach” makes sense to me.

We should be acting based on the influence of current evidence. If Australians can be resolute enough to reduce their case and death counts to “double doughnuts,” we Canadians raised on Timbits can at least strive for a "single doughnut.”

It would be nuts, after so many months of unprecedented hardship and loss from this pandemic, to open up and sacrifice our health for wealth. The words “do not” should be our saving mantra.

Out in the cold

Re Ottawa’s Vow To Resettle Syria’s White Helmets Still Unfulfilled (Nov. 16) and Blair Could Assist White Helmets: Expert (Nov. 17): Government’s continuing failure to deliver on its “highest level” commitment to bring the White Helmets to safety feels like a betrayal of these brave people. I can understand that ensuring none pose a security threat is a difficult and time-consuming process, especially in the chaos of war, but it seems that bureaucratic inertia is also a factor in the delay.

My church stands ready to sponsor a White Helmet family. Let’s get this done!

Re Group Criticizes Judge-selection Process As ‘Partisan’ (Nov. 17): A careful reading of Sean Fine’s reporting on Canada’s convoluted method of selecting judges would put to bed any worry of partisan bias.

We’ve recently observed the toxic process of naming judges in the United States: the sordid soap opera of Brett Kavanaugh and the transparently shallow naming of Amy Coney Barrett to the U.S. Supreme Court. Both cases reveal what political bias looks like, and the sabotage it embodies.

Canada’s adjudication of candidates for the bench seems to reflect the sincerity of the search, and the importance of selecting an informed, wise and equitable jurist.

Re Calgary Looks South As It Tries To Diversify Economy (Report on Business, Nov. 16): Living in Calgary in 1980, I was honoured to take three Lougheed cabinet ministers on a computer technology tour, with the express purpose of identifying opportunities for Alberta to diversify its economy. Sound familiar?

As there was no Silicon Valley yet, Boston was the obvious U.S. destination to explore. We had extremely informative tours of the Massachusetts Institute of Technology’s many labs and the city’s leading computer manufacturing companies.

The result? The same as ever: Every provincial government ends up pillaging the Alberta Heritage Savings Trust Fund, and every few years we get a headline in The Globe about another initiative to diversify the economy.

With the highest average wages in Canada, one would think Alberta would have a plan by now.

Re Twenty Minutes – And A Lifetime – With Dolly Parton (Nov. 17): Several years ago, my wife Sally and I, on a boat tour up the Savannah River, happened to sit next to a man from Locust Ridge, Tenn., who grew up as a neighbour and contemporary of Dolly Parton. He said the Dolly you see on stage is the same Dolly he grew up with, then offered a string of charitable things she has done over the years with no fanfare, including rebuilding several local houses destroyed in floods.

Like reporter Marsha Lederman, he thinks Ms. Parton is fantastic. Me, too.

I met Dolly Parton in 2010 in Montreal. My experience echoed reporter Marsha Lederman’s in that I found her to be patient, kind, personable and, above all, most gracious.

I can still hear her voice when a photo was being taken. She looked up at me and said, in that unmistakable voice, “Stuart – you are a big one. Scrunch on down here with me.” Dolly Parton is indeed an icon and a global treasure.

Re Six Years After Controversial Exit, Kraft Heinz To Bring Ketchup Production Back To Canada (Online, Nov. 17): While a global pandemic surges, a recalcitrant U.S. President sulks in the White House and political turmoil rages in Asia and Africa, I was thrilled to see that the top trending story on The Globe’s website was the return of Heinz ketchup to Canada.

Nov. 17: ‘Where are on-the-spot fines for not wearing a mask?’ What readers learned as Australian state beats second wave of COVID-19, plus other letters to the editor
November 17, 2020 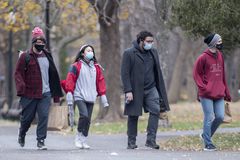 Nov. 16: ‘An uphill battle for progressive Democrats.’ Readers debate AOC and the future of U.S. politics, plus other letters to the editor
November 16, 2020 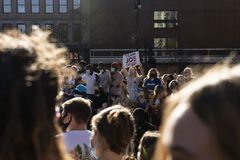 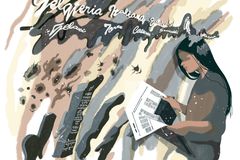