Re Ottawa Turned Off ‘Wrong Tap’ On Pandemic Warning System (Oct. 1): I was a long-time provider of open-source intelligence to the Intelligence Assessment Secretariat before and during the successful tenure of Greg Fyffe, who correctly affirms that such intelligence is a “very highly sophisticated form of information gathering.” However, even without the Global Public Health Intelligence Network in place, I believe many other sources were accessible to government and should have rung Ottawa’s pandemic alarm in late January.

I would also question the public service’s intelligence-gathering process. In the past decade, departments have recruited to insource their analytical capacity to produce “memos” often available in the open, and cut open-source budgets. The more public servants hired, the more disconnected became our security, health and business intelligence networks to useful external private and academic experts. When departmental analysts spend time justifying their jobs or opinions against non-governmental sources, many outsiders give up communicating early warnings and opportunities to Ottawa.

Canada should appoint a chief knowledge officer to re-engineer and maximize its information, sourced inside or outside of government.

It is indeed unfortunate that the government did not realize that a well-functioning pandemic warning system is important for our security – and that of other countries – when it was permitted to be essentially defunded. It is clear to me that the Public Health Agency of Canada was remiss; it is equally clear that our intelligence agencies also failed.

They did not bring this serious national security issue to the attention of relevant ministers. They should have been aware that the Global Public Health Intelligence Network was no longer functioning as it should have been.

Why didn’t they know? The Auditor-General should look into this lapse in her coming investigation of what went wrong and why.

Re Food Insecurity Affects Canadians' Mental And Physical Health, Ability To Find Jobs, Report Says (Sept. 29): The report from Community Food Centres Canada is appalling, but not surprising. Appalling because, in Canada, food insecurity should not be tolerated. Not surprising because, in Ottawa alone, more than 39,000 people – nearly 40 per cent of whom are under 18 years – depend on food banks for their survival.

Nor is it surprising for those who shop at any major grocery store, where the rising costs of basic needs are clear. The control these companies exercise over supply and pricing should be addressed. In spite of good intentions, food banks and community organizations were never meant to be a permanent solution.

The impact of food insecurity on the physical and mental health and social outcomes of Canadians should not continue. Every city in Canada can echo the experience in Ottawa. The solution is not rocket science: Bolster food security in this country so as to eliminate the need for community supports.

Re Don’t Count On Oil To Save Alberta, Again (Editorial, Sept. 29): In my view, the problem is not low prices and low demand; the problem is the anti-energy policies of the federal government (and several provincial governments) holding product back from market. Don’t forget that crude oil is still by far Canada’s biggest export.

The Liberals seem to have convinced Canadians that money comes from government and that fiscal shuffling can replace actual revenue from private industry.

If he mentions all of these and the new Alaska to Alberta Rail project, it’s time to drive to Alaska and get Hyderized!

Re Targeted Capital Will Drive Low-carbon Shift (Report on Business, Sept. 30): Who can disagree with arguments for simultaneously building the Canadian economy and advancing our capacity for crucial clean energy? However, Canada’s “homegrown innovations in hydrogen energy” seem to be up for sale to the first buyer with enough cash.

Where were the federal and Ontario governments when the U.S. diesel engine-maker Cummins recently took over Mississauga-based Hydrogenics, one of Canada’s two world leaders in fuel cell technology? Cummins shares have since grown about 30 per cent, to a large extent because they own a technology partly funded by Canadian taxpayers.

When is a government policy not a policy? When, it seems, it is Canadian. Is Hydrogenics' big sister, Ballard Power of Burnaby, B.C., next?

Researchers at Simon Fraser University say the price of bus batteries has fallen 79 per cent in recent years, and Canada is already home to "multiple North America-leading e-bus manufacturers.” The kicker: “For every 1,000 e-buses introduced, global demand for fuel drops by over 180,000 barrels per year.”

Forest for the trees

Re Red Flags In The Forest: B.C.'S Giant Trees Are In Danger (Sept. 29): We should no longer log our endangered old-growth forests. Every day on Vancouver Island, we lose 32 soccer fields of our original ancient forests, which are not a renewable resource.

According to an independent report released by forest biologists this spring, less than 1 per cent of British Columbia’s original coastal temperate valley-bottom rainforests (which grow the largest old trees) remains in existence. These are not “economic resources” – these are what’s left of our actual habitat.

The “most exceptional and rare cedars” that the Nanwakolas Council wants to preserve for Indigenous cultural use will only survive if the forests surrounding them are preserved to offer shade and protect soils from drying out, to provide biomass and trap moisture in its cloud-seeding canopy.

Tree farms, however, are not forests and cannot support the biodiversity we urgently need. Isn’t our life-supporting ecosystem more important than our lifestyle?

Re Driving Me Nuts (First Person, Oct. 2): The writer has squirrels? Try living between a black walnut and an oak! But they are magnificent trees, and despite the juglone, the mess and the damn squirrels, I love living under them – just need a fox to visit occasionally. 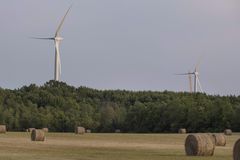 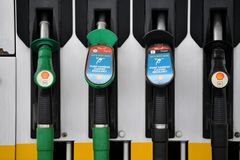