Climate and The Globe

Re The Climate Issue (Sept. 26): I applaud The Globe for committing to expanded coverage of the climate crisis. I hope you will resist the temptation to sell the fantasy that we can solve it while living a modified version of our current existence. Economic incentives can achieve great things, but only if they are sufficiently bold.

For example, we should go beyond encouraging Canadians to drive electric vehicles. While I would be pleased to see people switch to cars powered by renewably sourced electricity, they remain a spatially inefficient form of transportation. We have demonstrably effective solutions that actively discourage private automobiles and encourage cycling, walking and the use of public transit. These solutions may not be popular, but they should be discussed if we want to put a significant dent in our carbon emissions.

Thanks to The Globe for its renewed commitment to covering the climate crisis. While the world is focused on COVID-19, we cannot afford to lose sight of this other mounting global crisis, which will make the pandemic look like the good old days if left unchecked.

Transitioning to a net-zero economy by 2050 will take all hands on deck, and a willingness to challenge narratives and assumptions that have enabled chronic inaction. An example is the bedtime story that Canada can reach net-zero by expanding fossil fuel development such as natural gas. Now that the price of renewable energy is giving fossil fuels a run for their money, that narrative should be put to rest.

I hope that in its climate coverage, The Globe will include voices too often overlooked, such as BIPOC communities, particularly women and land defenders. They typically are affected most by environmental crises, and can share insights on building healthier environments and economies for all.

Re Climate Migration Isn’t A Thing – But Maybe We Should Make It One (Opinion, Sept. 26): I’m hesitant to accept columnist Doug Saunders’s assurances that migration induced by climate change “is not something that will happen internationally on any significant scale." But later this century, won’t millions of people likely be permanently displaced by rising oceans? Won’t Canada have a moral obligation as a United Nations member to accept its fair share of these displaced people?

Ten years ago, a single shipload of Sri Lankan refugees arriving on the coast of British Columbia caused political debates over refugees and immigrants. With the recent tilt to populist governments, what might be the impact of more such vessels washing up on Canada’s shores?

History would tell us that environmental collapse has too often caused mass migration across entire continents and between countries.

In the 1930s, for instance, the Dust Bowl crisis drove millions of people to the West Coast. A moving account of the horrendous social impact is available: John Steinbeck’s The Grapes of Wrath.

With regard to international refugees, the most recent catastrophe is the flight of millions of Syrians from their country. Unrelated to climate crisis? Beginning in 2006, Syria was hit by its worst drought in centuries. By 2010, internally displaced farmers and townspeople made up about 20 per cent of the Syrian population, an unprecedented proportion during peacetime in any country. The political eruptions of 2011 were no surprise to me.

As columnist Doug Saunders suggests, we might wish to encourage migration as a response to the climate emergency. But before embracing such potential chaos, we should act to ensure a more just approach: Halt business as usual, with its contempt for the natural world and human life.

Re Big Tourism Is Over (Arts & Pursuits, Sept. 26): The idea that COVID-19 will bring about unexpected and beneficial changes to our planet without having to lift a finger seems delusional. So is the idea that the pandemic will change the way we act as consumers. Travelling has long been seen as a luxurious way to spend our time and money – peppering the word “sustainable” into the mix will not alter the devastating effects that airplanes, resorts and quick tourism (to name a few) have on our planet.

I believe travelling, as mirrored by our Western model of living, is not sustainable. As long as we live in a capitalist system that promotes fast-paced and unrelinquished consumerism, there is little room for sustainability.

Regenerative tourism could be better summarized as “keeping the common folks out.” It sounds great for those who can afford it, but aren’t we supposed to be concerned about inequities?

Climate and the Arctic

Re Protecting The ‘Last Ice Area’ (Sept. 26): Canada’s achievements with the Tallurutiup Imanga National Marine Conservation Area and the Tuvaijuittuq Marine Protected Area show the country’s capacity to lead in the fight against species loss and climate change. They also display how Indigenous-led conservation and traditional knowledge are critical to long-term conservation success. With the longest coastline in the world, what Canada does in the next decade to protect oceans will matter to this whole blue planet.

Given the roles oceans play in the regulation of climate, health of wildlife, food security of the planet and a US$2.5-trillion ocean economy, a lot is at stake. As a next target, government support for protecting 30 per cent of the world’s oceans by 2030 is a hopeful sign. Canada should be a global ocean conservation leader, or we are all sunk.

Re It’s Not Too Late To Sell Canadians On A Climate-focused Recovery (Opinion, Sept. 26): Columnist Robyn Urback considers the recent promise by the Trudeau government to ban single-use plastics as particularly ill-timed, referring to the issue as “plastic straws getting stuck up sea turtles' noses.” Yet the scourge of single-use plastics is likely to choke our environment beyond recovery.

As columnist Konrad Yakabuski points out (Biden’s Fracking Unfriendliness Could Cost Him – Opinion, Sept. 26), Royal Dutch Shell’s new multibillion-dollar petrochemicals complex near Pittsburgh, powered by shale gas, is a prime example of the flood of plastics that awaits us. And apparently, in spite of what we’ve been led to believe, very little of it is recyclable or reusable.

It’s a lot more than straws up turtles' noses – it’s an avalanche that will likely bury us. 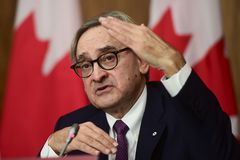 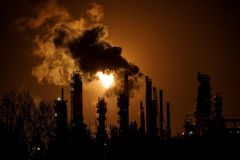