Re Will The U.S. Do Trudeau’s Work For Him? (Dec. 10): It is hard for many Canadians to reconcile the Trudeau government’s laissez-faire approach toward the release of Michael Kovrig and Michael Spavor.

Why is our government leaving it to our allies to undertake the majority of arguments for their release? It should have played hardball with China months ago, such as recalling our ambassador.

Why is our government so reluctant to take a stronger stand? We are still waiting.

It is all too easy to criticize Justin Trudeau‘s playing-for-time handling of the China situation. But it also seems obvious that Australia’s more aggressive strategy has not worked either.

While a united, allied approach might provide a solution, without the United States this would be more gesture than substance. Let’s call a spade a spade.

Re Global Affairs Objected To Military Decision To Cancel Training With Chinese Army: Memo (Dec. 10): In cancelling training, it seems that General Jonathan Vance, Chief of the Defence Staff, is the only senior government official to read the numerous Canadian Security Intelligence Service reports that detail the real and present danger China poses to Canada, and the only one willing to put our safety and security first.

Perhaps the reason government has delayed the announcement of a new chief as Gen. Vance retires is because there is not a three-star general willing to sacrifice our safety and security for a fourth star.

Re Incarceration Without Hope Must Not Be Normalized (Opinion, Dec. 5): The principle that a person incarcerated, even for the multiple murders of people engaged in worship, should serve his sentence with hope of eventual release brings to mind a rabbinic saying: Any person who becomes merciful to the cruel in the end becomes cruel to the merciful.

Re Here’s A Surprise: A Popular Tax (Editorial, Dec. 9): Is it surprising to find that a tax targeted at a small group of condo owners who leave their units empty would be popular among the rest of the population? Not to me.

Naturally, we would all be quite amenable to a tax we don’t have to pay, but popularity doesn’t make Vancouver’s Empty Homes Tax a good tax.

Putting a few thousand units into full-time use does little to address Vancouver’s housing shortage. The city should only be lauded when it enacts zoning changes to allow more multiunit and multistorey development on major thoroughfares and near transit stations, and slashes development levies.

Until then, we should not be fooled by the pretense that meaningful action is being taken.

Re DNA NDA? (Letters, Dec. 9): On the subject of privacy: I think society has pushed concern for it to the point of absurdity.

Four years ago, after I suffered an aortic dissection, it occurred to me that my father Ignac Bing, who died in 1987 of an apparent heart attack, may in fact have died from what I had. Could such a tendency be inherited?

I contacted the archives of Vancouver General Hospital to obtain his death certificate. I was told that “for privacy reasons,” I could see it only with Mr. Bing’s written permission.

Re Bill C-10: An Act To Regulate The Internet, For No Good Reason And To No Good Effect (Dec. 9): Columnist Andrew Coyne states that domestic film and television production was at a historic high pre-pandemic. But that’s not Canadian content he’s talking about – that would be a multibillion-dollar glut of foreign service productions that use our streets, crews and tax credits. Bill C-10 would enact a much-needed modernization of the support for production of Canadian stories.

To write off Canadian TV as “unwatchable” sounds as ridiculous as it does insulting to its creators and domestic audiences. Schitt’s Creek and its nine Emmys and legion of fans is just one example of the strength of Canadian TV right now. And there’s more to come.

Re Cohen’s Tales Of Seduction Look Different Through A #MeToo Lens (Dec. 8): Let’s not be too hard on Leonard Cohen, Sir John A. Macdonald and ourselves – we are all products of our time.

The 1960s were revolutionary; can you imagine the “Summer of Love” referring to a period of the 2000s? What of our grandparents traumatized by the Great Depression?

Mr. Cohen did have the self-awareness to reflect on his early songwriting and disclose that “we were channeling some kind of reality that none of us was living. The songs were much better than we were” (as described in Reckless Daughter: A Portrait of Joni Mitchell by David Yaffe). Truths.

I agree with columnist Johanna Schneller’s take on Leonard Cohen. There’s a word for his behaviours: narcissism.

Re Vaccine Bar (Letters, Dec. 9): A letter-writer notes that vaccine distribution is in a SNAFU situation, and warns that it might become FUBAR. Having served 10 years in the Canadian Army, I have experienced both situations.

I can tell readers this: In FUBAR situations, Canadian soldiers are at their best. They observe. They adapt. They improvise and, by God, they get missions accomplished.

Canadians should feel confident that the soldiers leading vaccine distribution, such as Major-General Dany Fortin and retired general Rick Hillier, will get it done through perhaps inevitable SNAFUs and FUBARs. 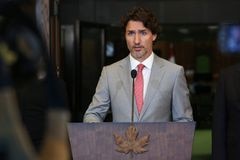 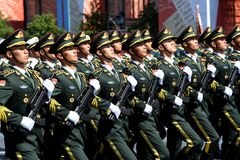 Opinion
Incarceration without hope is cruel and unusual
December 4, 2020 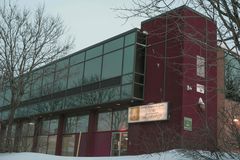