Re Canada Administers Its First Vaccine Shots (Dec. 15): Many people put in tireless hours to accomplish this “miracle,” none more so than the scientists, technicians and workers at Pfizer and BioNTech who worked around the clock to make this happen. These people are heroes in my book and should be recognized as such.

It is interesting that not as many people are badmouthing greedy “Big Pharma” these days.

Re Liberals Finally Show Some Courage On Climate Change (Dec. 12): It’s great to see some ambition on this front.

During lockdowns, many people found new ways to work and live in less fuel-intensive ways. Others needed help from government payments to make up the difference. This seems just the moment for a strong market signal to disincentivize polluting behaviours.

Of course the alternatives aren’t there for all of us; I drive a van to job sites with more stuff than I could carry on my bike or a bus. But as long as revenue continues coming back to us in regular rebates or dividends, we can muddle through until the solutions are there. With this much incentive, I think that’ll be sooner rather than later.

This is the first time I can remember when it’s looked as though we actually had a shot at meeting our emission-reduction targets. It’s a good day to be Canadian.

If one lives in Quebec, heats a home with electricity and drives a subsidized electric car, a $170-a-tonne carbon tax is a fantastic policy. These Canadians will pay next to nothing and receive fat quarterly cheques from the federal government. What’s not to like?

So let’s hop on the subsidized electric-car bandwagon and heat our homes with electricity, right? Before going down this path, the government should provide a cost estimate and a plan for greatly increasing electricity-generating capacity in this country.

Re The Liberals Go All In On The Carbon Tax (Editorial, Dec. 14): If every country on Earth had a target as weak as Canada’s, we would be on track to a world warmer by 5 C.

The difficulty in understanding how the government’s plan can be heralded as so good, yet its ambition so low, is that we remain misled about what was pledged in Paris. What Canada calls our “Paris target” is incompatible with holding to 1.5 C – the actual Paris target. Ours remains one put in place by Stephen Harper, six months before negotiations began in 2015. Justin Trudeau’s more impressive plan is to reach a target that is approximately half of what must be done if we are serious about holding to 1.5 C.

As The Globe’s editorial states: “The urgency to act is real.” According to the Intergovernmental Panel on Climate Change, without Herculean effort, the window on holding to 1.5 C will close – forever – before 2030.

Re If Trudeau Forces An Election, Can O’Toole ‘Do A Diefenbaker’? (Dec. 15): A pipeline scandal, a tired government and a new leader’s populist appeal. That new leader was, of course, John Diefenbaker and the year was 1956. Sixty-four years later, it appears that, in Canadian politics, plus ça change, plus c’est la même chose.

Re Inside The Small, Obscure Council That Actually Picks U.S. Presidents (Dec. 14): The fact that the U.S. Constitution allows the election of a president who has not won the popular vote, and is in the end chosen by a small group of people in the Electoral College whom nobody knows, implies that somehow other countries are more democratic. But the world over, prime ministers in most countries are appointed by a head of state. They happen to be leader of the majority or minority in parliament, or are chosen by a coalition. Very few are directly elected as prime minister.

In Canada, the current Prime Minister’s party received fewer votes than the Opposition. Party leaders are chosen by party members (many of whom buy memberships only to vote at leadership conventions) who, as a group, are as unknown as members of the Electoral College.

Re Our Cautious Start To Assisted Suicide Is Accelerating Toward Death-on-demand (Dec. 12): Who is this issue really about? It should be about those who are so severely disabled that they cannot live a fruitful life, that there is no hope. Without hope, what have we? Are there some kind of twisted Christian ethics in our psyche?

There is nothing good about constant pain, be it physical or mental. Simple as that. Why should people not have the choice to end their lives?

I have been disabled all my life; I married and raised a family. I cannot say that it ever occurred to me to end the pain, but I am understanding of what that might be like.

We should not be surprised that the “slippery slope” we were warned about back in 1993 is now here, more slippery than ever. We need only look at countries that have adopted similar measures of assisted dying, such as Belgium and the Netherlands, to learn that is the natural way these laws go: more access, larger groups of people who qualify and broader and fewer requirements.

Thank to columnist Andrew Coyne for waking us up to this frightening reality.

Much as I recognize that medical assistance in dying used to commonly be called “assisted suicide,” it is not suicide.

My wife and two of our best friends, all suffering from terminal cancer, independently selected MAID this year. None of them, or the close relatives who attended the procedures, regarded the choice as “suicide,” but as a compassionate route to the elimination of pain and a dignified death. I have never heard of “suicide” occurring in the presence of family.

In that light, I believe columnist Andrew Coyne should rethink some of his conclusions. He seems to think the legislation is moving MAID in the wrong direction. I disagree. 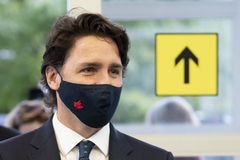 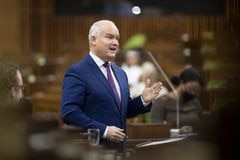