Cleaning up in Canada

Re SNC Wooed Gadhafi’s Son With Jet, Second Yacht To Secure Deals (Dec. 20): The deal that was to consign the SNC-Lavalin affair to oblivion seems to have not had the desired effect. There are not only the revelations of enticements to Moammar Gadhafi’s son, but also the apparent failure of Export Development Canada to exercise due diligence regarding generous loans for SNC’s international activities.

Since our criminal-justice system seems to have failed to get to the bottom of this scandal, perhaps a judicial inquiry is in order. It would restore public confidence in the rule of law, and Canada’s reputation as a credible player in the international struggle against corporate crime, corruption and money laundering.

Cleaning up in the U.S.

Re A Stain On Donald Trump’s Legacy (Dec. 20): At the end of his presidency, Barack Obama put forward the nomination of Merrick Garland to the U.S. Supreme Court. However Mitch McConnell, as the Republican Senate Majority Leader, refused to hold a vote. His response was to let the people decide in the next election.

As is often the case in life, we find the shoe is on the other foot now. Nancy Pelosi should refuse to send the articles of impeachment to the Senate for a trial, and a guaranteed acquittal by the Republican majority. Her response should be to let the people decide Donald Trump’s guilt or innocence in the next election.

This strategy would surely entertain the President every day until then.

Re How To Talk About Santa With Your Children (Dec. 10): I have had few original ideas as a parent, but I haven’t yet encountered anyone who employed my approach to Santa: I told the kids that children believe in him, but adults do not.

“Well, no, but adults don’t believe; that doesn’t mean he doesn’t exist.”

"Was that Santa at the mall?”

This approach allows for respect of their opinions and an implied superiority on the kids’ side (and pity for their parents), as well as an easy out when belief starts to falter. Lying is avoided, and there is no trauma once the truth is out (well, the truth as adults believe it to be, anyway).

Oh, and Santa does not give the big presents – the family does that, clearly labelled – he gives stocking stuffers. Merry Christmas!

Oh, the memories that Christmas and childhood bring. On being told that there was no Santa, a friend of my son replied, “There’s no way my parents would buy me all that stuff!”

When I was 10, my family lived on base at CFB Gagetown in New Brunswick. My father was away with the regiment on exercise, scheduled to return on Christmas Day. After being sent to bed early on Christmas Eve, I was awakened by a sound that led me to creep down the stairs to see what was going on. Halfway down, I saw my mother in the living room having a drink with Santa!

I learned much later that one of the soldiers had been exempted from the exercise and took it upon himself to dress up and visit all the wives in the neighbourhood, no doubt leading to an entertaining evening. If ever a child asks me about the existence of Santa, I tell them, “Believe what you want to believe, but let me tell you what I saw one Christmas Eve …”

Be under no illusion about the devastating impact a discussion about Santa could have on your children. I am 77 and remember vividly the day in 1950 when my mother said to me in a loud whisper, “Don’t tell your brother, but there’s no such thing as Father Christmas.”

I can picture it clearly: My brother walking ahead, my baby sister in a stroller and me holding the stroller beside my mother. I could even take you to the precise spot in Cardiff where I received this life-changing revelation. Christmas has never been the same since!

At our breakfast table each day, The Globe offers a springboard for discussing world events. My children, aged 2, 5 and 7, discover world leaders and news makers, deepen their understanding of the world and learn to think critically. I was first introduced to The Globe the same way by my parents. It is a great source of joy to see my kids doing the same.

As a parent, I have generally found that no content is too difficult to tackle together. However, I believe The Globe should have thought twice about publishing an article about talking to your kids about Santa. It was written solely with an adult reader in mind and broke a cardinal rule by starkly stating that Santa does not exist, and that parents who tell their kids about him are lying. One need only ask Siri if Santa Claus exists, or listen to the Christmas Eve sleigh-tracker on the radio, to be reminded of the tact that should be expected.

All is not lost. There is still a chance at redemption. I challenge The Globe to publish an article about the miracle of Christmas, in order to reinvigorate the beliefs that still (may) captivate its youngest audience.

Relax, don’t do it

Re Just The Right Amount Of Dazzle (Pursuits, Dec. 14): Ah, the joy of reading holiday recipes of exotic-sounding harissa pork and Peking duck. But that’s as far as it goes for me.

After raising a family and preparing meals all these years, I’m happy to celebrate the holidays by listening to Christmas music and eating store-bought cookies over the kitchen sink, so the calories won’t count.

Michael Spavor and Michael Kovrig, one year on, are still imprisoned in China. What is to be done? Of all of the election promises I have heard from the Liberals, the work that is most pressing ought to be the welfare of our beloved citizens. This Christmas, let us remember those who will not join our festive table in person, but will be present in our hearts and prayers.

Dec. 20: ‘Jody Wilson-Raybould could have cut this deal more than a year ago.’ Readers react as SNC-Lavalin pleads guilty to fraud, plus other letters to the editor 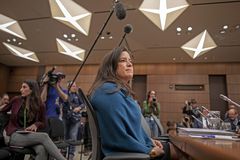 Dec. 19: ‘Assisted death is never a no questions asked scenario.’ Readers debate Canada’s law on assisted dying, plus other letters to the editor 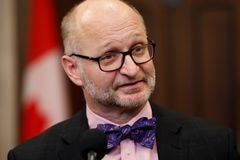 Dec. 21: ‘Big Oil seems to have decided Alberta’s males are disposable.’ Readers debate the source of Alberta’s economic downturn, plus other letters to the editor 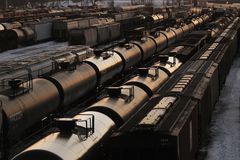