Re We Are Not Prepared (Dec. 26): After reading Grant Robertson’s well researched, in-depth analysis of our federal public-health system, I am shocked and appalled at the inappropriate bureaucratic dominance to the exclusion of medical science. As a physician, I spent 10 years in the Royal Canadian Air Force, seconded to the United Nations peacekeeping force in the Middle East for some of this time, where I attended many multinational public-health meetings representing the RCAF 115 Air Transport Unit stationed in the Sinai Desert. As a medical officer responsible for the public health of this desert flying station and its personnel, my commanders would never have replaced me at these meetings with a higher-ranking admin officer with no knowledge of public-health issues. It is obvious that the federal public-health system requires an immediate wake-up call and a complete reorganization of priorities to adequately protect our country and its citizens from the next pandemic.

Given lessons from SARS in 2003, it is unfathomable what Canada did and did not do to sustain the GPHIN system and to dovetail efforts with the World Health Organization in developing a comprehensive, timely and fully tested pandemic response. We need strong medical and epidemiological leadership. Utmost and urgently, we need to use reason. Working within such a network and bringing in authoritative research scientists, we can curb the spread. Leave the politicians out, but leave the assistance in place.

The great reporting done by Grant Robertson regarding the erosion of GPHIN underlines that this – and not WE Charity – ought to be seen as the major scandal of this government. The story not reaching the same level of public awareness lies in the difficulty of not having a single face to blame, but instead unseen, incompetent bureaucrats.

The Public Health Agency is not the only government agency where scientists and middle management with expertise in their area are not listened to. The situation at PHAC, where senior management at the deputy minister and assistant deputy minister level have no expertise or qualifications in the disciplines they are responsible for, exists in other ministries – Environment and Climate Change Canada, for example. Couple that with a trend where scientists and those with expertise are not permitted to interact outside their department – with the World Health Organization, for example – and Canada’s leadership in the international arena is no longer respected.

What caused this? The centralization of power and authority at the most senior level of Canada’s federal bureaucracy, minus the qualifications and knowledge base of those in charge. That is how debacles such as the failure to detect the coronavirus and the associated delay in stopping international flights arriving into Canada, the SNC-Lavalin situation, the Phoenix payroll failure, the delay in grounding the Max 8 and other messes came to pass.

Re Ottawa Is Not Toronto, Yet It’s In Lockdown Too (Opinion, Dec. 26): John Ibbitson misses an important point in his opinion essay arguing that different areas of Ontario should be treated differently with COVID-19 prevention restrictions or lockdowns, according to their case numbers.

Large numbers of people are flocking in fear to the areas that have fewer COVID-19 cases and less-strict regulations, searching for safer environments but bringing the virus along with them.

In the past several months, British Columbia has been flooded with people from other Canadian provinces and American states, as evidenced by the multitude of different licence plates I now see every day on any short walk or drive. Consequently, the COVID-19 numbers here have risen dramatically.

If the rules were the same for the entire country, never mind each province, we could all hunker down for a mere couple of weeks and beat the virus down dramatically.

Re New Data Favour Administering As Many Vaccines As Possible Over Holding Some For Second Doses (Dec. 24): As a physician, I’m amazed at the politicians telling us they are ahead of the curve on vaccine orders. Which curve? A few million Canadian doses by the springtime doesn’t cut it.

Anybody who’s been in Boy Scouts or planned canoe trips knows about preparedness – and it’s a sad commentary that after spending hundreds of billions on support programs in Canada and trillions around the world that we don’t have robust vaccine production capabilities.

Clearly, we are at war with this virus and historians tell us that Winston Churchill and Canadian-British William Maxwell Aitken – known as Lord Beaverbrook – seconded manufacturing facilities all over Britain during the Second World War to produce Spitfires.

Has Justin Trudeau called Derrick Rossi – a Canadian and a founder of Moderna – and buttonholed him to clone some production in Canada? Just like with personal protective equipment, we should not rely on imports.

Re Clients Hung Up On Brokers’ Bad Phone Service (Report on Business, Dec. 23): The lack of attention to customer service is a reality not just with TD and the other banks. Bell Canada and Rogers (who we are led to believe are in the communications business) mistreat customers the same way. It never occurs to any of these corporations to simply hire sufficient people to meet demand. After all, they don’t have to pay an hourly rate to customers they simply ignore. They count on us to get tired and simply go away. They are very good, however, at asking us to comment on how we rate their service. If only they would hire a human being to read our evaluations.

Re Giant Crossword (Dec. 19): Every year that my in-laws visit from Ontario, they bring The Globe and Mail Christmas crossword puzzle with them. (Unfortunately, rural Nova Scotia no longer gets the paper delivered to the area). The puzzle is ironed flat and mounted with great care onto a bit of ridged foam. Pencils are sharpened and erasers gathered, and we are good to go.

This year, with a pandemic in full swing and travel restrictions and quarantines imposed, my in-laws aren’t coming. Nor is the crossword. But wait! An envelope containing The Globe crossword arrives, thanks to my mother-in-law. The puzzle is mounted and a FaceTime is arranged.

“Is that 59 across?” “No, 69 down!” Everyone talks at once; there are challenges, but the puzzle is getting done in our new world order.

A little normal in these non-normal times.

Opinion
Ottawa is not Toronto – so is it necessary to lock them down too?
Subscriber content
December 23, 2020 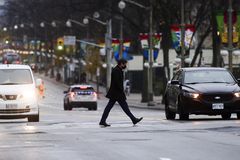 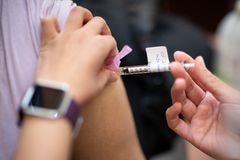