Re The Vaccines Are Ready. Is Canada? (Editorial, Dec. 7): Canada may not be prepared to distribute vaccines when available, resulting in a SNAFU. There is a higher degree of SNAFU which I hope Canada does not reach – FUBAR. Look it up.

Re Why We Can Ignore Anti-vaxxers Right Now (Dec. 8): Columnist André Picard asks: “Who is an essential worker?” Flight attendants should be added to the list. In 2011, then-labour minister Lisa Raitt threatened to legislate Air Canada flight attendants back to work. They were considered “essential.”

Child-care providers should be included in early COVID-19 vaccinations. Children will not be vaccine-eligible yet, putting caregivers in jeopardy. If they get sick, then all of the children in their care and their families would also be in danger of getting sick.

It wasn’t that long ago that many blamed the elderly for all that was wrong with the health care system. We were using too many resources and blocking hospital beds. Now it seems, as the vaccine debate continues, everyone wants to give the elderly first dibs on access.

How nice, I thought. Somebody cares. Then I realized this proposed policy is not necessarily because anyone values the elderly, but because a vaccine will keep the pesky old people from using too many resources and blocking hospital beds.

Re Way Forward (Letters, Dec. 8): A letter-writer can’t help but feel the air of McCarthyism swirling around the Canadian landscape. He hopes he is wrong. On behalf of all Canadians who enthusiastically embrace our wonderful, multicultural society, I hope so, too.

On the other hand, I observe a different nation that imprisons Uyghurs, cracks down on Hong Kong and imprisons two Canadians for two years and counting. I can’t help but feel the air of a harshly totalitarian regime over there. I hope I am wrong.

Re What Does UNDRIP Stand For? (Editorial, Dec. 8): The more Canadians know about the United Nations Declaration on the Rights of Indigenous Peoples, the better.

Will UNDRIP seriously conflict with current legal and economic arrangements? Does “consent” mean potential vetoes on projects “affecting their lands?” Are their “lands” the treaty-defined regions or their traditional territories?

Wholesale implementation of UNDRIP – a declaration by a body largely made up of countries without Indigenous people and lands — might be a mistake with long-lasting implications for our nation’s future. More analysis, please.

Many in favour of the distinct society clause for Quebec in the Meech Lake and Charlottetown accords argued that it did nothing but confirm the status quo. Many who opposed the clause suspected it created new government powers, or altered the rights and obligations of citizens toward one another, individually and collectively. We don’t know who was right because both accords went down to defeat.

Ultimately, it will be the courts, not the politicians, who will tell us what the United Nations Declaration on the Rights of Indigenous Peoples, if adopted, means. Perhaps the government should seek an advisory non-binding opinion from the Supreme Court, so we don’t have to grope in the dark any more than necessary.

Re Watchdog Calls Out RCMP For Lack Of Privacy Disclosures (Dec. 7): I believe the privacy concern for Canadians is not that DNA sequence information is being used by police to solve crimes. The real trouble arises because ”genetic genealogists” use “vital records,” such as birth and marriage certificates, to work out how living individuals are related to one another. This is much easier to do in the United States than in Canada.

In many U.S. states, vital records are publicly available up to a fairly recent date, and there are many other public records that can be used to discover relationships among living people.

In Canada, restrictions vary from province to province, but in general vital records for living people are publicly unavailable except for legal purposes. So U.S. companies providing genetic-genealogy services to police are likely having a harder time working on Canadian cases.

Canadian police can access certain records and, to put it as gently as possible, they can be tempted to help genetic genealogists with information the public cannot see. This, I think, is worth worrying about.

Re Ontario Defends Conservation Proposals (Dec. 8): I asked my children what they thought of Ontario’s kneecapping of conservation authorities. After all, they will inherit the impact of such decisions.

They were pretty clear about their feelings. One said, “That’s stupid.” The other was interested in escaping to another planet entirely, saying, “I really don’t want to live on this Earth any more.”

We really should start listening to our children. Adults are making a mess of it.

It’s been more than 40 years since our “tiny, perfect mayor” presided over the city, but David Crombie’s principled resignation from the advisory Greenbelt Council shows he still can punch above his weight.

Re Leader Of Inquiry Into Aborted Hiring At U of T’s Human-Rights Program Resigns (Dec. 8): This affair has taken on a life of its own that no one at the University of Toronto seems able to control.

Was a job offer made to Valentina Azarova? That straightforward question could have been answered in September. The university may have hoped this affair would blow over. Instead it blew up into an international scandal.

Having read contributor Barrie McKenna’s hopeful opinion on keeping our brightest and most promising minds in the country (How Canada Is Fighting The War For Talent – Report on Business, Dec. 8), I turned to the report on Maryam Tsegaye’s fantastic win of the Breakthrough Junior Challenge (Alberta Teenager Wins International Science Competition By Explaining Quantum Tunnelling In Less Than Three Minutes – Dec. 8).

She planned on applying to Ontario and Quebec universities to study physics and science communications. Now she “plans on applying at many Ivy League universities.” Enough said!

Opinion
The vaccines are here. Is Canada ready?
December 6, 2020 Opinion
Why we can ignore anti-vaxxers, at least for now
December 7, 2020 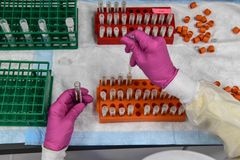 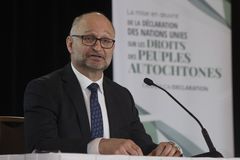